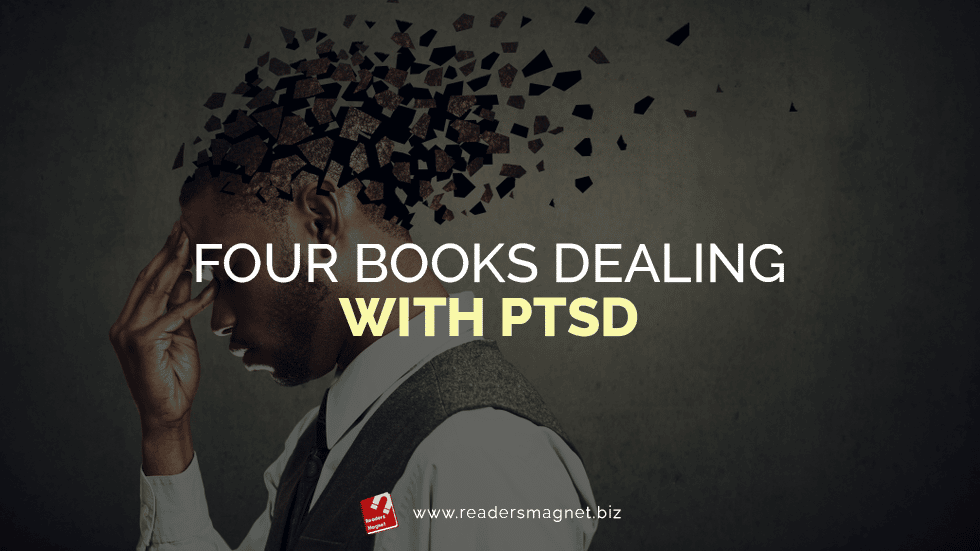 Posttraumatic Stress Disorder or PTSD is not a trivial matter. It is a psychiatric disorder that can and has destroyed lives. It was first discovered during World War I and known then as “shell shock,” “war neurosis,” or “combat stress.” World War II then referred to it as “combat fatigue.” It is because of these names that PTSD is often associated with soldiers and veterans. People living with PTSD span much broader than that. PTSD may occur in people who have witnessed or experienced a traumatic event. These events are not limited to war. Events such as natural disasters, grave accidents, terrorist acts, or rape can be causes of PTSD. Around half of all rape victims develop PTSD.

With such a curious history, PTSD has often become a plot point in many books. Sometimes it serves as a character trait, and overcoming it becomes the character development needed to advance the book. Other times, it is the main focus of the book. This is especially true for stories that are focused on exploring the horrors of war, but they are not limited to it.

Below are some books that are about or related to PTSD.

Trauma can be very tough to live with. Even after many years of the inciting incident, nightmares and flashbacks will haunt you and eat you inside. Such is the story of Larry in the Shadows of Sawtooth Ridge, a Vietnam War prisoner of war who is about to lose his airline company job after recurring nightmares. Couple that with news of a recent death as well as the responsibility of raising his two young sons, among other problems, then what you have is a compelling family drama of living life and starting new.

You can check Shadows of Sawtooth Ridge on the author’s website.

All Quiet in the Western Front by Erich Maria Remarque

Originally published in German, All Quiet on the Western Front is one of the first literary works that explores the horrors of war and its effect on the young men who were sent to fight it. It is also among the books that were banned and burned during Nazi Germany. The book tells the story of a group of schoolboys as they eagerly and joyfully signed up for war and the horrors they experienced. It is the story of the lost generation, so-called because they were robbed of a normal life. All Quiet on the Western Front remains a classic in war literature.

Fully titled “Slaughterhouse-Five, or, The Children’s Crusade: A Duty-Dance with Death,” is one of the most enduring antiwar novels of all time. It is a science fiction-infused semi-autobiographical novel following the life and experiences of Billy Pilgrim. It is especially famous for its account of the bombing of Dresden, the capital city of the German state of Saxony, where the author was present as a prisoner of war when it happened. It was an experience that took him twenty years to communicate in a way that satisfied him.