Good Reads Under The Self-help Genre 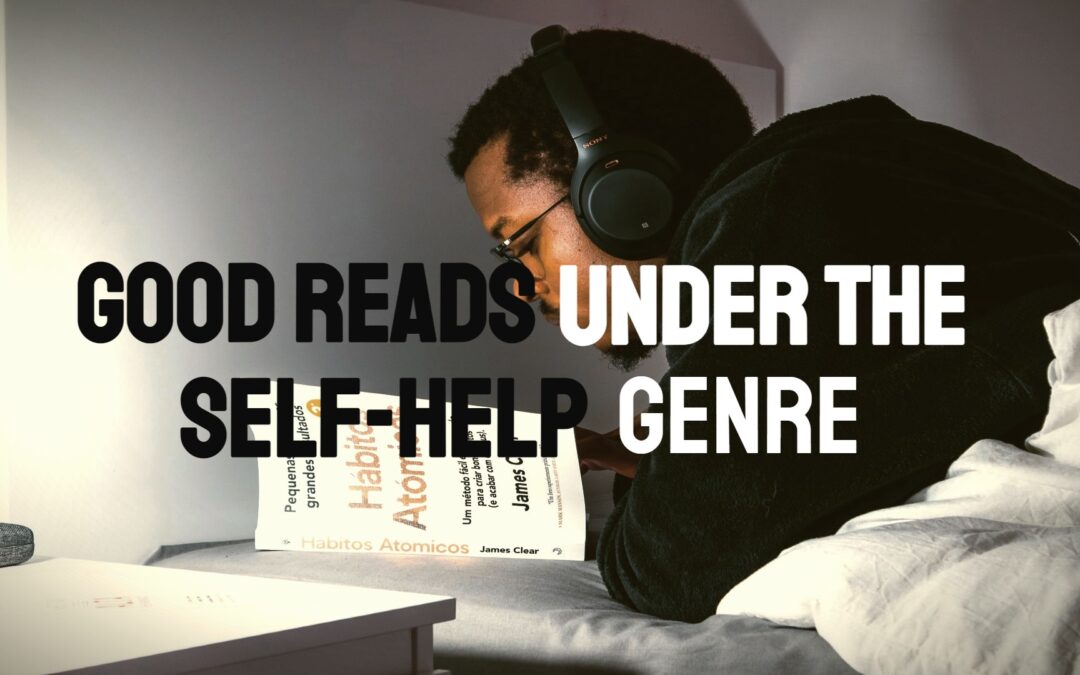 Self-help is one of the largest genres in literature with works that already influenced and affected thousands of lives. In the broadest sense, books under this genre are written with the common intention of guiding and helping readers to figure out life and all its angles. Some may interpret this definition in a general sense while others may take this meaning personally; but, it works on both perspectives.

As you grow older, you tend to gain more understanding about the world and how it is filled with the good, the bad, and the ugly. There are moments that make you feel the happiest person in the world while there are also times that everything doesn’t make sense at all. The wide array of events can either lead you to a path that you are meant to take or push you to a pit of confusion draining every inch of motivation in your body. If you have experienced both, then you might want to check out some of the best self-help books in the market to help you sort out things and guide you in life — like the following:

Published by Christian Faith Publishing in 2020, Happiness in Quantum Leaps is an Aura McClain book on de-stressing without drugs and on helping you obtain the love, joy, peace, and happiness that you deserve.  There are three aspects that it focuses on, which are the mind, body, and spirit. The book believes that the positive alignment of the three essential factors can help everyone to live to the fullest and attain contentment and peace.

The 7 Habits of Highly Effective People by Stephen R. Covey

The bestselling book titled The 7 Habits of Highly Effective People was penned by Stephen R. Covey. This self-help book has sold millions of copies from all over the world following its publication in 1989 until today. Moreover, Covey introduces another way of becoming more efficient in achieving goals and aspirations through repositioning oneself to the factor that he referred to as “true north” principles, which were established on a particular character ethic that he suggested as general and perpetual.

How to Win Friends and Influence People by Dale Carnegie

American author and lecturer Dale Carnegie penned a remarkable book titled How to Win Friends and Influence People. It was originally published in 1936 by Simon and Schuster and has become one of the bestselling books of all time. Moreover, there are a dozen of things that the book offers, which can be found on a particular page on the 1st edition of the book and on its 1981 edition. The said benefits include the following: giving you fresh ideas, allowing you to socialize easily, enhancing your popularity, helping you win others to your mindset, and more.

If you are looking for a self-help book that can mold you into a better and productive person, then Think and Grow Rich by Napoleon Hill might be what you are looking for. The book came into view after the author got inspired by Andrew Carnegie, a popular business magnate, industrialist, and philanthropist. The book contains more than a dozen of principles that can help people focus and achieve their long-term goals. Faith, persistence, the brain, organized planning, thoughts are things, imagination, the subconscious mind, and more are among the principles tackled and asserted in the book. It also makes the readers understand the importance of thinking positively and getting rid of negativities in attaining their aspirations to truly achieve the success that they desire.