Historical Memoirs to Check This July 2021 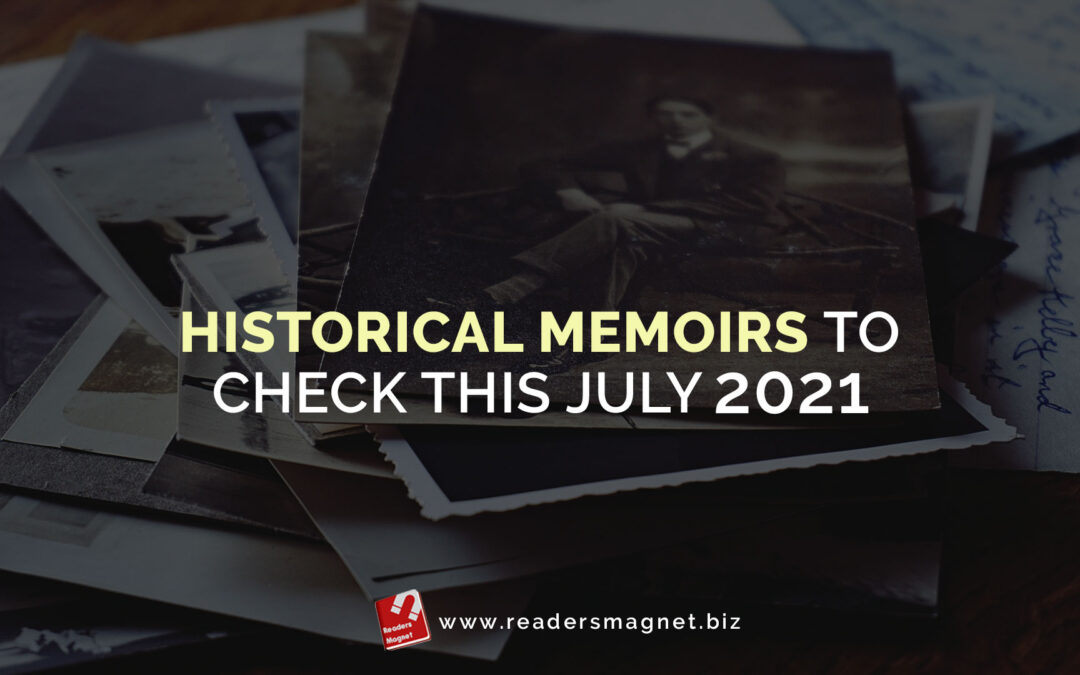 ReadersMagnet recommends these five historical memoirs to read this July 2021.

Memoirs are not just personal stories. In many cases, they reflect the times and the important events that transpired. Below are five memoirs that reflect some of the famous and infamous events in human history.

Donut Hole: A Marine’s Real-Life Battles in Vietnam During 1967 and 68 Marines, 1st Force Logistical Command Clutch Platoon is an outstanding war memoir by RC Lebeau. Donut Hole chronicles LeBeau’s experience during his time with the Marine Corps in Vietnam. He was only twenty years old when he was sent to Vietnam after his training. He held a Military Occupation Specialty of 3041 (MOS) and worked on Manual Accounting and survive some of the most violent offensives, including the famous Tet Offensive. RC LeBeau is just one of the brave men who survived Vietnam and live to tell the stories and horrors of war. Donut Hole is a must-read memoir for those who want to learn about the Vietnam War.

Angela’s Ashes is the 1997 Pulitzer Prize winner and a #1 New York Times bestseller memoir by Frank Mc Court. Angela’s Ashes tells Frank’s childhood in Depression-era Brooklyn but highlights his life and struggle in Limerick, Ireland. Although the story centers on Frank’s survival (wearing rags for diapers, begging a pig’s head for Christmas dinner, and gathering coal from the roadside to light a fire), it also depicts the tragedies of the era-Depression and how it affected families not only in the United States but in faraway lands such as Ireland. Angela’s Ashes is one of the most celebrated memoirs since its publication in 1996 and remains Frank McCourt’s most significant work.

The Diary of Anne Frank is regarded as one of the famous books documenting the plight of the Jews during Nazi rule. However, when it comes to documenting the horrors and actual events at Nazi death camps, there is nothing more poignant and riveting than Elie Wiesel’s autobiographical account, Night. In this dark memoir, Night describes a litany of the daily terrors, everyday perversions, and rampant sadism at Auschwitz and Buchenwald. More importantly, it gives a general picture of the Holocaust as seen from someone who survived and lived to tell the tale. Night tackle many of the philosophical and personal questions from someone who witnessed the events of the Holocaust and its aftermath.

The sinking of the RMS Titanic is one of the most infamous tragedies of the last century. There have been many documentaries, articles, and they even made a blockbuster movie about the legendary ship. In the same year that Jame Cameron filmed the movie, real-life passenger and survivor Violet Jessop release her memoir Titanic Survivor. Jessop, a stewardess, was only 24 years old when she boarded the Titanic on its tragic maiden voyage. In her book, she recalled how she was ordered up on deck to serve as an example of how to behave for the non-English speakers who could not follow the instructions given to them. Jessop survived the sinking aboard lifeboat number 16.

Ernie Pyle was a Pulitzer Prize-winning American journalist and war correspondent during World War II. When America joined the war, Ernie Pyle went to Europe to cover the events and bring on-the-spot reporting to the American public. His book, Brave Men, is a collection of a first-hand chronicle of what war was like for the soldiers fighting on the frontlines. Ernie Pyle followed the soldiers into the trenches, battlefields, field hospitals, and beleaguered cities of Europe. Pyle described what he saw and wrote clarity, sympathy, and grit that gave the United States public an immediate sense of the foot soldier’s experience. Pyle was killed in Okinawa on April 17, 1945, when the Jeep he was riding came under Japanese fire.