Inspiring Memoirs on Bipolar Disorder and other Mental Health Issues 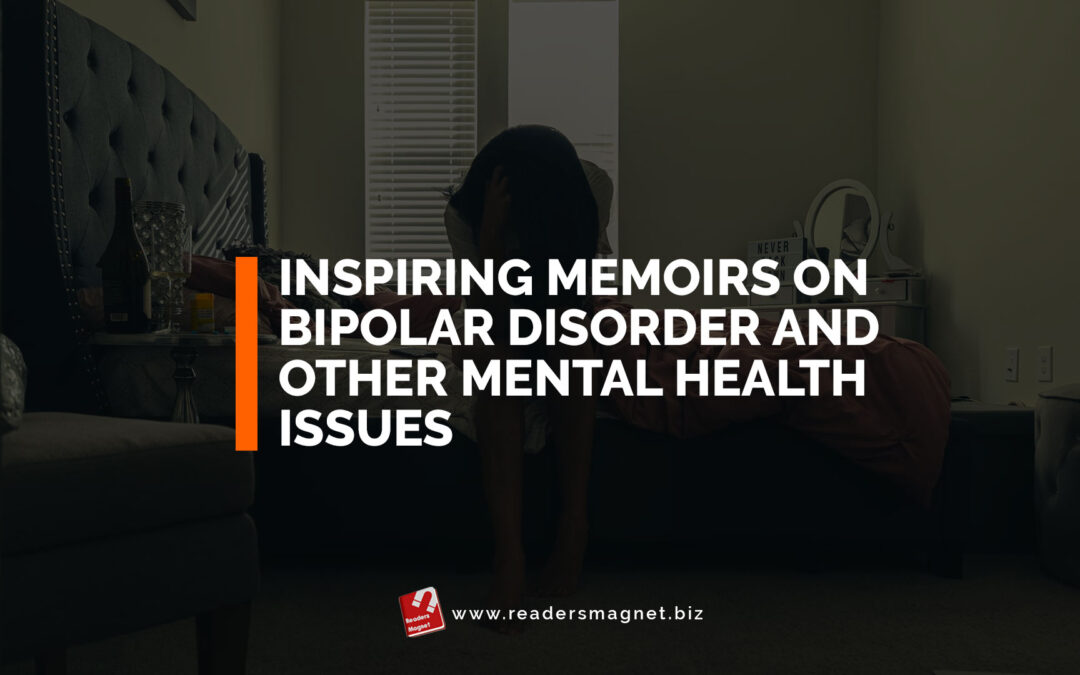 The Journey Home by Lori-Ellen Pisani

Lori-Ellen Pisani is a former educator and author of the book From Burned Out to Fired Up: A Woman’s Guide to Rekindling the Passion and Meaning in Work and Life, promoting the From Burnt Out to Fired UP program for mental wellness. But before Dr. Pisani achieved the success and milestones she now enjoys, she suffered a mental illness that she kept from everyone else except her family. Lori-Ellen Pisani is Bipolar II, which means she is prone to periods of tremendous creativity and multi-tasking mastery to episodes of uncontrollable rage in an instant. She documented her journey as a young kid who inherited bipolar to building a teaching career while keeping her condition a secret in her memoir The Journey Home: My Journey to Find Peace of Mind and Heart While Fighting a War Against Bi-Polar Disorder.

The Center Cannot Hold: My Journey Through Madness is a moving memoir by Elyn R. Saks. Saks is an esteemed professor, lawyer, and psychiatrist. She is also the Orrin B. Evans Professor of Law, Psychology, Psychiatry, and the Behavioral Sciences at the University of Southern California Law School. Yet, she has battled schizophrenia for most of her life (she still suffers major episodes now and then). In this compelling story, Elyn Saks shares her ordeal, from the first time that she heard voices speaking to her as a young teenager, voices that tell her to take her own life in college, and then learning to be independent and trying to live an everyday life while achieving her life goals. The Center Cannot Hold is both haunting and beautiful.

Irritable Hearts: A PTSD Love Story is a memoir detailing Mac McClelland’s bout with PTSD and the process she went through to investigate her mental illness and determined to repair her broken psyche. Award-winning human rights journalist Mac McClelland, then only thirty years old, left Haiti after reporting on the devastating earthquake of 2010. The assignment would forever change her life as she cannot stop reliving vivid scenes of violence and the horrors she recently witnessed. Mac suffered emotional breakdowns and had trouble sleeping. She’s hit with Post-Traumatic Stress Disorder. Thus, began her search for answers and journey into the world of PTSD patients. McClelland would learn so many things about herself and the people, who just like her, are trying to embrace acceptance, struggling to be resilient, and working hard to gain control of their lives.

Down Came the Rain by Brooke Shields

Brooke Shields is one of the most famous actresses in Hollywood and has been in the industry for many decades now. But just like most mothers after giving birth, she suffered postpartum depression. Down Came the Rain is a candid recollection by Brooke Shields, the mother. In her book, she shares her experience with postpartum depression after giving birth to her daughter, Rowan Francis, in 2003. Down Came the Rain is an inspiring example of recovery as Brooke openly discussed the challenges and tribulations and finally the triumphs they were able to achieve before, during, and after the birth of her daughter. Many mothers suffer from postpartum depression every year, and the book is a reminder to moms out there that postpartum is real, but they can overcome it with help from family and friends.

An Unquiet Mind: A Memoir of Moods and Madness is the complete title of Dr. Kay Redfield Jamison’s classic memoir, which documents her firsthand experience with manic-depressive (bipolar) illness. Before she became one of the leading authorities on the said medical condition, Jamison found herself experiencing the symptoms as her patients. This happened while she was still pursuing her career in academic medicine. Jamison experienced exhilarating highs, depressions, ruinous spending sprees, episodes of violence, and at one point, she attempted suicide. An Unquiet Mind is unique because its presents bipolar illness from the dual point of view of a former patient and a doctor. Jamison shares a memoir filled with terrors and wisdom, humanity, and clarity to readers.