Literature as a Tool for Nation Building and Healing 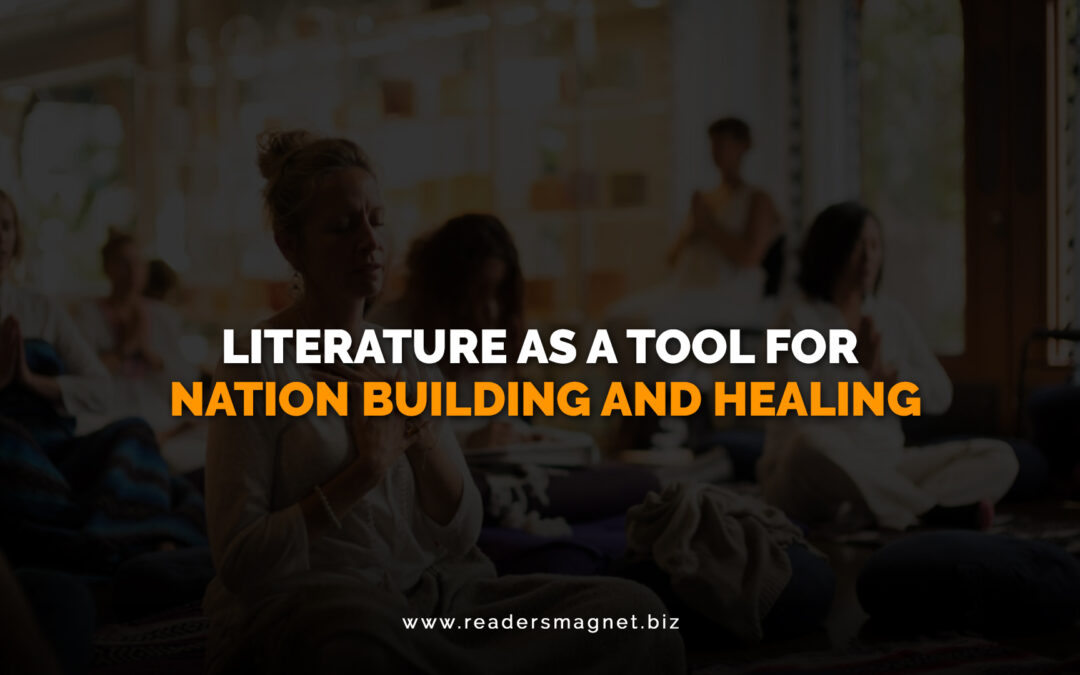 ReadersMagnet Review talks about how literature can help in nation-building and healing.

The past year saw the whole world kneel to a pandemic, which forever changed how we view a normal society. It has left many countries struggling to recover their economy. In the United States, the crises brought riots, further the nation’s political divide, and exposed the morally bankrupt society. It made us see how we are so far from the grace of God because of our evil deeds and sinful ways. Many of us fell into depression and anxiety. Everywhere there is instability, doubt, and hatred. But not all are about strife and suffering. We are recently witnessing sparks of hope, determination, and the passion for rebuilding, repenting, and healing. Listening to Amanda Gorman’s poem The Hill We Climb reaffirms our trust in the future and how literature can help the nation rebuild and the people’s faith renewed.

Healing the Wounds of Division

It has always been said that the history of its nations is reflected in its literature. Throughout history, works of literature have chronicled the birth of nations and their darkest times and rebirth and redemption. From poets Walt Whitman, Robert Frost, Langston Hughes, Maya Angelou to great leaders like Gandhi, Martin Luther King Jr., John Quincy Adams, Abraham Lincoln, and Barack Obama turned to literature to reach out to the masses and appeal for reconciliation, national healing, and unity. Their published books, articles, and even memoirs have somehow influence leaders and readers to take on the high road. We are recently seeing poets reciting in presidential inaugurations, and most, if not all, emphasize that need for national healing and rebuilding from the ashes of divided. Amanda Gorman’s presidential inauguration poem certainly made waves across the nation. Many have expressed how they were inspired to look at the future and are hopeful that America will surpass the challenges and heal the wounds of division that has hurt and claimed many innocent lives.

Nations are not built on economy and politics alone. It needs culture and a strong spiritual relationship with God. A nation with God or strong spiritual faith cannot endure and their country doomed. In order for a nation to be great again, it needs to get rid of a decadent culture. It needs to heal spiritually as well. For religious and moral experts, the focus for spiritually healing may vary. Some emphasize religious tolerance and interfaith. Many focus on habits such as sex, gambling, drugs, and other personal weaknesses. Some firmly believe that we must fight against greed, prostitution, and other immoral acts that are well ingrained in today’s society. In the book A Law from Eden: Solving the Mysteries of Original Sin, author Marilyn Taplin highlights that the true original sin which is so common among LGBTQ communities is a sexual perversion. Sexual perversion and other immoral acts contribute greatly to the deterioration of our society. In order for the land to heal, it must first repent and abandon the evil ways that degrade its people and the nation as a whole. Taplin’s A Law from Eden is just among the countless works of literature that call upon leaders and citizens to repent and return to the good grace of God by abandoning pride and evil deeds.

Towards a God-Fearing Culture

From ancient tribes of Israel to modern nations, history has shown us that those who abandon their faith and trust in their God suffered greatly, whether from defeat in wars, famine, sickness, and decadence. This reality has been shown to us in the Bible, in the scriptures, and history books. It also tells us that literature has always been an important tool in preserving lessons of the past throughout time, which we can use to build and rebuild nations. In this case, reminding everyone that to move forward and heal the country, we must establish a God-fearing culture where righteousness reigns and God’s will prevails.

Today, writers are again called upon to inspire people to contribute to nation-building and healing.