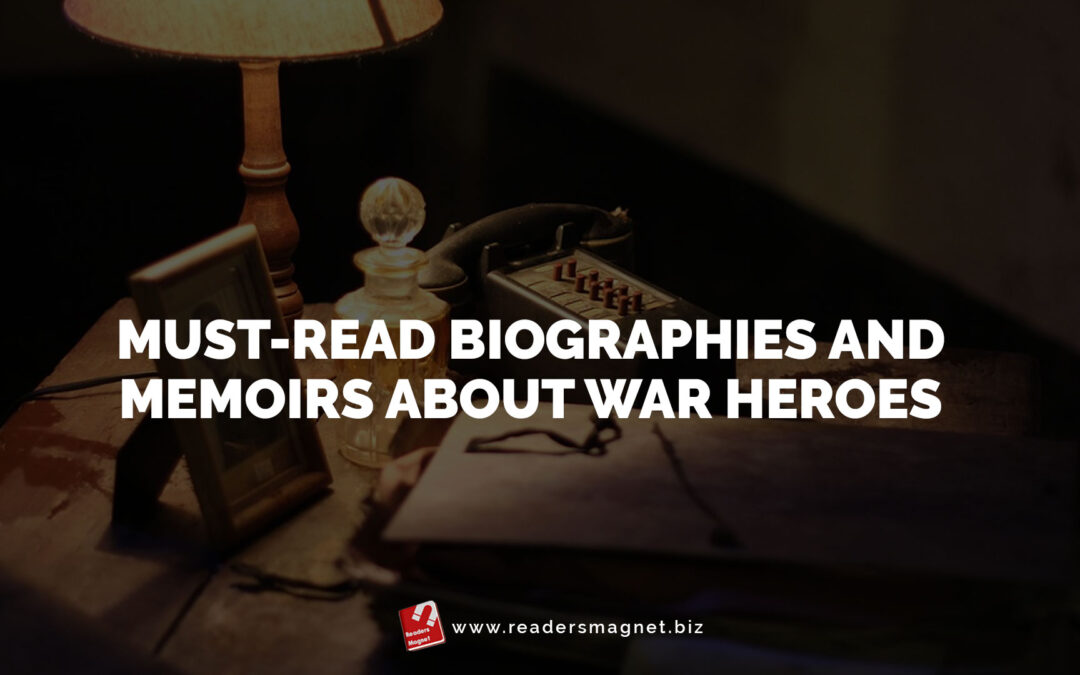 What makes a hero? For many veterans, the word “hero” can feel intimidating and uncomfortable. To them, not everyone who puts on a uniform is a hero, but for ordinary citizens, a combat veteran is a hero. We all know that freedom is never free. It is brought by those who answer the call of service and duty to their country. So, as to honor the men and women who have served, calling them heroes is only right. Even if Veterans Day is months away, honoring those who have served our country musn’t wait. Let’s recognize their struggles, knowing that sometimes, they bring the war home with them. Thus, here are powerful and touching books that shine light on a few of our war heroes.

Then I Came Home by Sam Gaylord

Then I Came Home recounts the intricate story of a Vietnam war veteran and how he turned fear into gratitude and anger into the motivation to help himself and others. Sam Gaylord reflects on his childhood living in poverty and abuse, followed by the Vietnam war experience that left him disabled. This book reveals the futility of war and the horrific conditions of the combat troops. Sam Gaylor leaves a message of how war damages people not only physically but also emotionally and psychologically.

The Donut Hole by R.C. LeBeau

R.C. LeBeau brings a crushing account of what it’s like to fight on the front lines during the Vietnam War. Unlike other war books, The Donut Hole plunges immediately into the bloodiest aspects of the war, taking an in-depth look at 13 months of the agonizing tour as he struggles fighting while surviving just to come home alive. This raw and honest account illustrates what makes a hero and what the journey is like for the Marine Corps. This short-read represents all the stories and experiences of hundreds of men and women soldiers. The Donut Hole: A Marine’s Real-Life Battles in Vietnam by RC Le Beau is a fantastic journey into the world of chaos, survival, hope, faith, and friendship on the battlefield.

Goodbye, Darkness is an emotionally raw and honest account of a young man’s experience during World War II. William Manchester recounts his battles and digs deep into what he and his fellow soldiers lived through during the darkest time of the world. And even when the war itself was won, William fights an ongoing war with himself, as the images become a reality in his dreams. Goodbye, Darkness gives readers a moving testimony to the fortitude of men and women who went to war and returned broken.

Home before Morning tells the story of Lynda Van Devanter: the girl next door, the cheerleader who everyone loves, and the bright young girl loved deeply by her family. But this perfect girl with the perfect life changed during the Vietnam war. Home Before the Morning chronicles the life of an army nurse whose life took a turn upon learning the very truth of war. This is a harrowing, honest look at war through a woman’s eyes.

One Bullet Away by Nathaniel C. Fick

Nathaniel C. Fick reveals the pressure on young leaders during combat in his memoir. One Bullet Away is a splendid story of Nathaniel’s younger self as he journeys from a promising beginning to the truth and horror of combat. Giving real insights into the war and challenges of leadership, the author shines brightly that war is far more than the glory-soaked stories. Nathaniel and his comrades initially come across as America’s dream fighting force; however, this competence broke something within them. One Bullet Away is much more than a war story. It exposes all the heroism and the mistakes that still come in the front lines.