Mystery Romance Thrillers to Check Out this September 2021 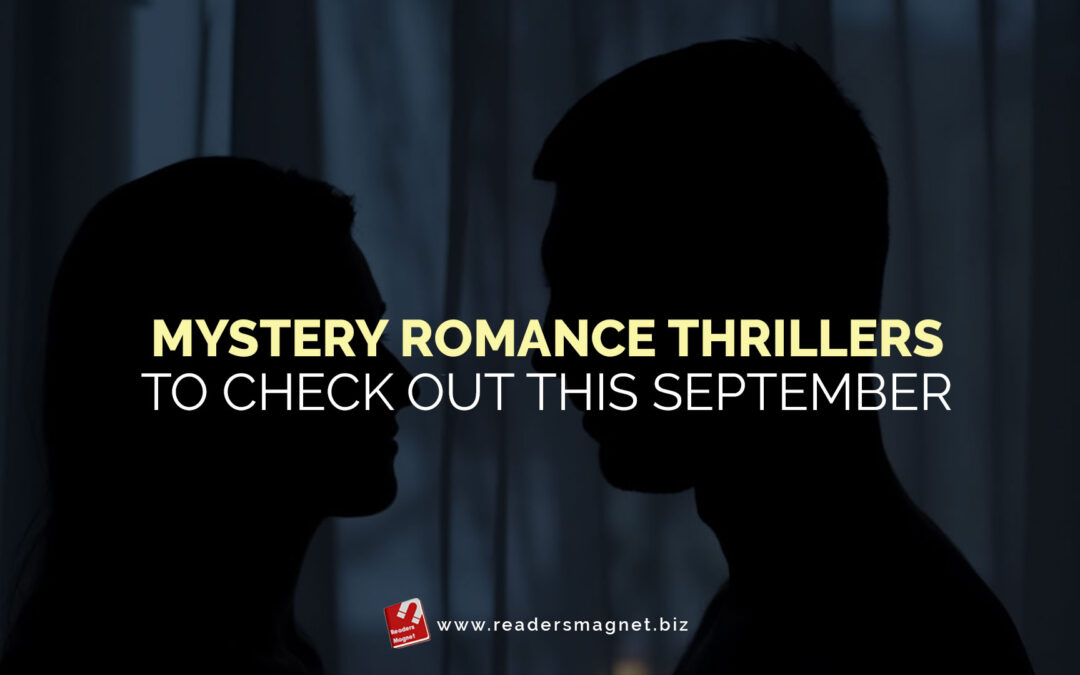 ReadersMagnet Review invites you to check these five romance mystery thrillers this September.

It’s hard not to include Nora Roberts on our list. When it comes to romance mystery thrillers, the bestselling author is a household name. This year, she released another outstanding work entitled Legacy. This standalone novel is about a mother struggling to build a career while raising a daughter named Adrian. Her father died during a violent assault after he supposedly attacked the young Adrian. After a series of death threats and two tragic deaths, Adrian and her mother wish to live in peace and find happiness in their lives. But will they find serenity in a world that is filled with media press, glitz, and glamour? Nora Robert’s Legacy is unlike her previous novel and a must-read for all fans.

Layla is a 2020 romance mystery thriller by #1 New York Times bestselling author Colleen Hoover. Leeds is in love with a girl named Layla. He is sure she is the woman she wants to spend his whole life with. However, an unexpected attack on Lyala leaves her fighting for her dear life. The incident seems to change Lyla into a totally different person following weeks of recovery in the hospital. One day Leeds decides to secretly take Layla away to the bed-and-breakfast where they first met but ends up witnessingLayla’s behavior takes a bizarre turn. Other weird happenings soon followed with another girl entering Leeds’ life. The young man finds himself in a difficult situation he must face, for Layla’s sake.

The Secret of Jerry’s Pride by Jo A. Totty

The Secret of Jerry’s Pride mystery romance book by Jo A. Totty was published earlier this year. It is Totty’s latest masterpiece, and just like her previous works, The Elusive Toad, A Stranger In Town, and Secrets at the End of Whispers Lane, the story is set in a small and quiet Southern town. For many years, it seems there’s nothing significant that has ever happened in the remote place. That is until it a stranger moved into town, and strange things started to happen. It began with a prominent family and was then followed by a series of haunting events that forever changed this small town’s lives. For readers of Jo A. Totty’s books, The Secret of Jerry’s Pride reveals a romantic side of the author’s most recent and celebrated novel to date.

Exactly ten years ago, New York Times best-selling author Sandra Brown released Lethal. It is one of Sandra Brown’s most popular romance mystery thrillers. The story begins with a young mother living in Louisiana bayou. One day her daughter found a “sick man,” which turned out to be a wanted man suspected of killing seven people the night before. Honor Gillette must do whatever Lee Coburn asks to protect her daughter. Coubourn promises not to hurt them and claims that Honor’s beloved late husband possessed something extremely valuable. This treasure puts Honor and her daughter in danger. On the run, Honor must trust and work with the wanted man to expose a web of lies and corruption and save their lives.

The Shark by Mary Burton

The Shark is the first book from the Forgotten Files book series by Mary Burton, published in 2016. Forgotten Files begins with the dark tale of Riley Tatum, a Virginia state trooper. Her dark past involves her being kidnapped as a teen, and even now, she struggles to remember the details. The only constant in her strange recurring dreams are two men playing cards. One day at the grisly murder scene of a teen prostitute, Riley’s past comes to haunt her. Former FBI agent Clay Bowman is Riley’s old flame and is investigating a murderer named Shark, who kills young girls as part of a sadistic poker game. One girl survived, and she is likely the next victim.