Non-Fiction Books That Can Accompany You at Times of Hopelessness 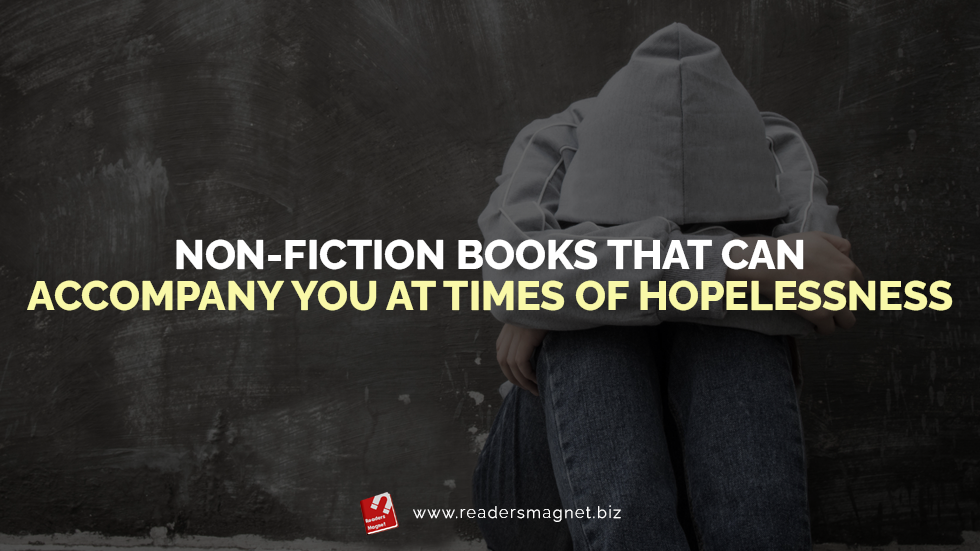 Facing struggles and feeling hopeless can be two of the most isolating experiences. When you’re feeling down, it’s easier to think that you’re alone and the world is turning its back against you.

When you’re in the situation, it might feel like you have nobody to turn to. Now what? Most people would turn to religion. They may attend mass and pray in hopes that their distressed hearts may find peace. Others turn to art to find serenity and meaning in the chaos they’re experiencing.

Books or literature, in general, can remind people that in times of despair, they aren’t alone. Many authors have felt the same way. Though they might not be in the exact situation, they have felt the same sense of hopelessness. Their books become their means of sharing their experiences and how they’ve overcome them. This type of literature is commonly termed memoirs or essays that recount a significant time in someone’s life. These are written to share experiences and let people know that they aren’t alone in their struggles in life.

Here are some memoirs that can accompany you when you’re feeling hopeless.

This book’s primary focus centers around the experiences in concentration camps. While Viktor Frankl pens it, this doesn’t only emphasize his experiences but also others’. It narrates how they managed to live in a situation where hope was deliberately stolen from them. While it’s fortunately not a situation everyone can relate to, the story’s thematics will leave any readers with a sense of hope. Frankl manages to write about something tragic and turn it into a work of beauty. Man’s Search for Meaning is Viktor’s memoir aiming to provide insights and inspire people to find freedom despite challenging circumstances. It reminds people that whatever horrifying events they’re in, those are only temporary, and with either time or effort, they can also break free from these.

A Thread of Hope: A Women’s Spiritual Journey of Faith from Trauma to Triumph by Jacqui DeLorenzo

If there’s one book on the list that many can relate to, it would be this. A Thread of Hope is penned by Jacqui DeLorenzo, centering on her life throughout the various challenges she faced until she realized her power as a woman. The book narrates her journey from when she witnessed her parents’ breakup to her struggle with cancer and her eating disorder. Despite not sharing the same struggles, any reader would be able to relate to the grief and hopelessness DeLorenzo experienced in her life. With this, they can learn with her as she accepts the person she has become after everything while believing that she will always have room for growth. Through her book, DeLorenzo hopes people can also lean on religion to help them with their struggles and come out stronger than ever.

People would see those memoirs written by celebrities and not take them seriously. They’d think they won’t relate to or receive inspiration from them with the massive difference in status. Generally, people believe celebrity memoirs only portray their lavish lifestyles – and honestly, a portion does. But for some, they have taken the opportunity to publish a book and genuinely express themselves, sharing a piece of their lives that not may have heard.

Take, for instance, Open Book by Jessica Simpson. The tell-all framing of the book makes her fans anticipate a lighthearted narration of her luxurious celebrity life. However, Simpson opens up and discusses intimate parts of her life, from her drugs and alcohol abuse to the darker side of her days as a singer. She bares her pains to her audience, stripping the grandeur off her name. While the latter part of her narration isn’t relatable to others, her story about substance abuse can be enough to strike empathy with others. One of the significance of these memoirs is to help regular people realize that they’re not alone in their struggles. If celebrities – people who people would think don’t experience any problems due to their luxurious lives – have struggles they need to endure, so would many others in the world.