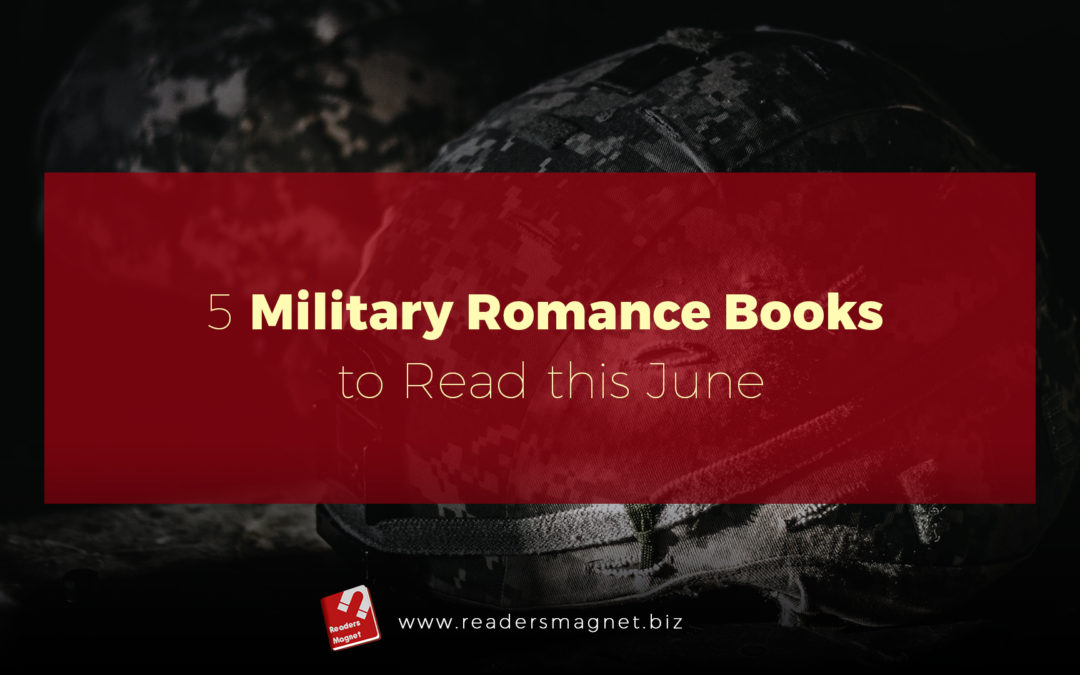 Here are five military-romance books to enjoy this month of June.

The War Within by Yolanda Wallace

The War Within is a romantic story set between the late 1960s and mid-2000s. It follows the story of Meredith Moser, an army nurse. In 1967, Moser went to Saigon. There she met the love of her life, a woman named Natalie Robinson. The story then moves forty years later while Meredith Moser is spending a summer vacation with her granddaughter, she meets Natalie. What follows next is a rollercoaster of emotions involving Jordan, Meredith’s granddaughter, Natalie, and her niece, a wheelchair-bound war veteran whom Jordan is drawn to.

Published in 2018, Weapons of War is part-memoir and part-military romance. The story is told through a series of letters that Robert E. Wright during his tour in Vietnam. Wright served his country in the Vietnam War as part of the 101st Airborne Division, for two years. There he loneliness, anxiety, and longing was his enemies. To combat these enemies, he wrote letters to her fiancée Barbara Hampton, thus the title of the book. Weapons of War take readers to the horrors of war, the fear and doubt of Robert E. Wright. The book will also inspire them of Robert’s fortitude, loyalty, and determination. Written from the perspective of someone who has seen tragedy and loss, and still kept his faith and love, Weapons of war is a must-read both for soldiers and lovers.

The Darkest Hour by Maya Banks

Maya Banks is a New York Times number 1 bestselling author known for her contemporary novels with erotic subthemes. In 2010, she published The Darkest Hours, a military suspense romance. The book follows former Navy SEAL Ethan Kelly who is grieving for his wife. It’s been a year since he last saw Rachel, and she is presumed dead. Ethan works for the KGI, a family-run business that handles covert military missions that the U.S. Government cannot execute. When Ethan learns that Rachel might be alive, Ethan goes on a dangerous mission to infiltrate a drug cartel and rescue his wife. The Darkest Hour is a military romance fiction that is filled with action and intense scenes.

A Corner of Heaven by Raine Cantrell

A Corner of Heaven is a 2015-military romance by Raine Cantrell. Set just before the start of the Civil War, it tells the story of Colonel Colter Saxton of the Confederate Richmond. Saxton encounters his long lost lover Elizabeth. She left Colter years ago and got married to another man. Colter also discovers that Elizabeth gave birth to a daughter named Nicole. Elizabeth eventually tells him that she is Nicole’s father. After the revelation, Colter is determined to win back his love and her daughter. Colter Saxton must race against time and against all odds to make sure that his loved ones are safe with him. The story is back-dropped by the impending threat of civil war.

The Spirit of the Dance by Mardi Alexander

The Spirit of the Dance is a love story between a broken military woman and a free-spirited soul. After being injured in Iraq, Major Sorla Reardon returns home to Australia to recuperate from her injuries, and to do some soul-searching. Reardon is physically and spiritually broken after her stint in Iraq. In their family’s farm, Sorla struggles with PTSD and with rebuilding her family’s legacy. Staying in the same small town is local saddler and horse trainer Riley Johnson. Riley and Sorla’s principle in life is different, but eventually, fate would have them meet and will weave a love story that everyone touches everyone. The Spirit of the Dance is a feel-good military romance and an easy read.