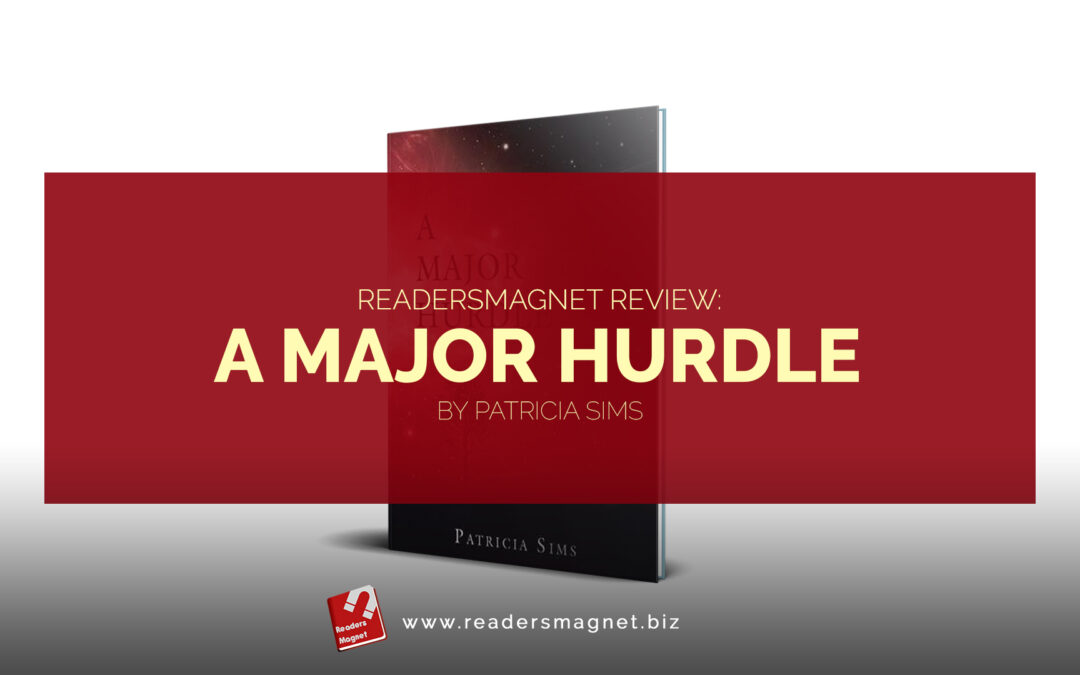 The past years saw the rise of romantic novels with multiple subplots. Many of these books contain elements of humor (romantic comedy), some are sensual with sexual undertones (erotica), and some are a combination of action and crime (romantic thrillers), and there are also romance mysteries with elements of surprise plot twists that put readers at the edge of their seats. Recently though, several books have dared to combine all these subplots under a romantic narrative arc. One example is the book A Major Hurdle. This Patricia Sims book on a second chance at love drew our interest because of its unique blend of suspense, mystery, and spirituality. ReadersMagnet takes a close look.

A Major Hurdle by Patricia Sims

A Major Hurdle is a romantic novel by Patricia Sims. It was published in February 2020. It is a modern romance fiction with multiple subplots and features themes such as mystery crime, courtroom drama, and spiritual themes. The central character is a girl named Catherine Adams, and the whole story revolves around her journey towards finding a second chance at love as well as redemption.

Catherine Adams is a young woman who is experiencing love the second time around. And it’s something she did not expect but welcomes the feeling. She thinks that Dr. Philip Cagney, a college professor is worthy of her affection. Despite her fears, hesitation, and perhaps cynicism, and disappointments from her past, Catherine embarks on an uncertain journey with Philip. However, Catherine’s newfound love is threatened by mysterious circumstances. She tries to ignore the warning signs until Catherine finds herself accused of a crime she did not commit. She also realized that an enemy from beyond the grave is hell-bent on destroying her and what she holds dear.

Fortunately, Catherine is a strong individual with a spiritual support system and firm in her belief that she will overcome this crisis with the help of God. She finds herself standing trial with the whole college community watching as the investigation unfolds. Despite her good reputation, the people are divided. Some think that she is guilty, while some believe that she is truly innocent and incapable of doing the crime. There are also several theories put forward, and in all these, Catherine must remain firm and strong.

Shocking information revealed during the trial highlights what is really at stake and further puts Catherine in a seemingly hopeless situation. However, a divine intervention saves Catherine, proving her innocence and finally granting her the love and happiness she deserves.

A Major Hurdle is not your typical romance novel with a simple linear story plot. It is rich in many elements that it is hard to singularly categorize it under the romantic genre. The story is full of suspense, mystery, and subplots, all beautifully inter-woven to created a surprisingly remarkable narrative. Its general plot is not very common among romantic books. Sims’ builds her characters and shows their strong and weak sides. The book’s pace is also something to note. It is not fast-paced like many suspense thrillers, but it is also not boring, with nuances and distractions timely placed.

Patricia is a former educator and is also a singer-songwriter. After retiring from her profession, she dedicated her time to writing fiction stories she once imagined when she was still young. Patricia finished a degree in Bachelor of Science in Business Education with further studies in computer applications. Last year, she released a gospel CD together with her supportive husband and minister, Johnny Sims.