ReadersMagnet Review: An Adventure in a Stone Age World by Roger Criner 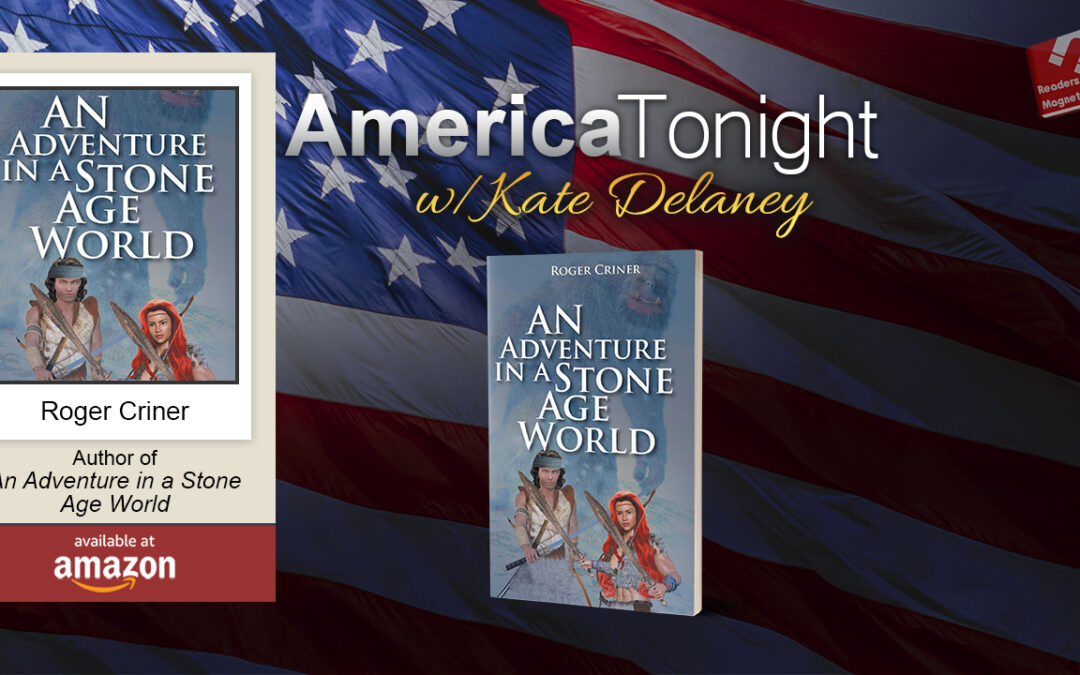 Fancy an adventure fantasy story set in the Stone Age? Make sure to grab a copy of An Adventure in a Stone Age World (Newman Springs; 2019) by Roger Criner.

It takes a series of dreams and close to 300 rewrites for the author to polish and publish An Adventure in a Stone Age World, written in the POV of the author’s namesake Roger, a technician whose job is to install and service machinery used in the woodworking industry. After a vehicular accident on his way home from work, he regains consciousness and finds himself in a Stone Age world. Thus, Roger’s gripping tale of survival, excitement, and self-discovery commences.

The author Roger’s experience in the Navy and occupation as a field service technician instilled in him an affinity to travel and also act as an impetus to write An Adventure in a Stone Age World. During his ten years in the Navy, serving abroad submarines, he got the opportunity to visit Hawaii, Japan, Korea, and the Philippines. After his discharge, he became a field service technician in airports and around airplanes.

Roger recently concluded an interview with Kate Delaney for the latter’s segment of “Author’s Corner” for America Tonight. He told the Emmy Award-winning journalist how he felt about writing the adventure fantasy book, “Every time that I’d sit down and start working on it that I get a little bit more excited about it.”

The author began to discuss how his story began to take shape.

“It all started out with a series of dreams that were actually about me waking up in a future world,” said Roger, “(a) world that was completely devoid of technology. I would dream about how I would survive, the things that I would do to make a life in this strange new world.

“The story is actually written by the main character. He recounts a tale of how he was returning home from a job in Tennessee. He crashes his car in western NorthCarolina, and when he wakes up, the world he knew is completely gone. At first, he thinks that he’s the only human left alive. There’s plenty of other animals around, but as far as he could find, there was no sign of any human life.

“He tells of his travels from the crash site to his home. He tries to get back home and, of course, encounters some challenges that he has to overcome. He goes into the remains of a town and finds a place that is haunted by spirits that basically drive him back out of the town. He encounters wolves that he has to fight off. When he finally gets home, he finds there is nothing there. His mind is already reeling from everything that’s happened, and it overcomes him. He trips out for a while. All he can think of was “be clean,” so he takes a bath. Besides, it’s time to find a permanent place to live. He goes back to fight the spirits of the town.”

Kate Delany was quick to notice the time travel elements and the absence of technology in An Adventure in a Stone Age World, both of which greatly appealed to her.

“He woke up, of course, in a Stone Age world,” Roger said about his namesake main character, “but it’s not in the past but in the future after a cataclysmic event that pretty much wipes out most of humanity. All technology is gone. When he runs across humans, they’re living the stone age way (of life).”

The author told his host that the story in An Adventure in a Stone Age Worldmoves 800 or 900 years into the future. “It’s long enough for most of the world to have recovered from the (cataclysmic) event,” said the author about the book’s timeline, “Because of his fight for survival, man never advanced.”

Roger did a little bit of research for An Adventure in a Stone Age World, but he also allowed his mind to wander through with what he knew according to his background. “I researched a lot of how we think the Stone Age people lived back before in history based on archeological excavations. Most of it(the novel) was my imagination.”

The author hopes that readers learn from Roger, his namesake main character, who grew up in the technological world with no real survival skills yet was able to teach himself stuff to survive in the Stone Age world. He even built his own clan and taught the people in the new Stone Age world.

An Adventure in a Stone Age World by Roger Criner is available on Amazon https://www.amazon.com/Adventure-Stone-Age-World/dp/1645310213