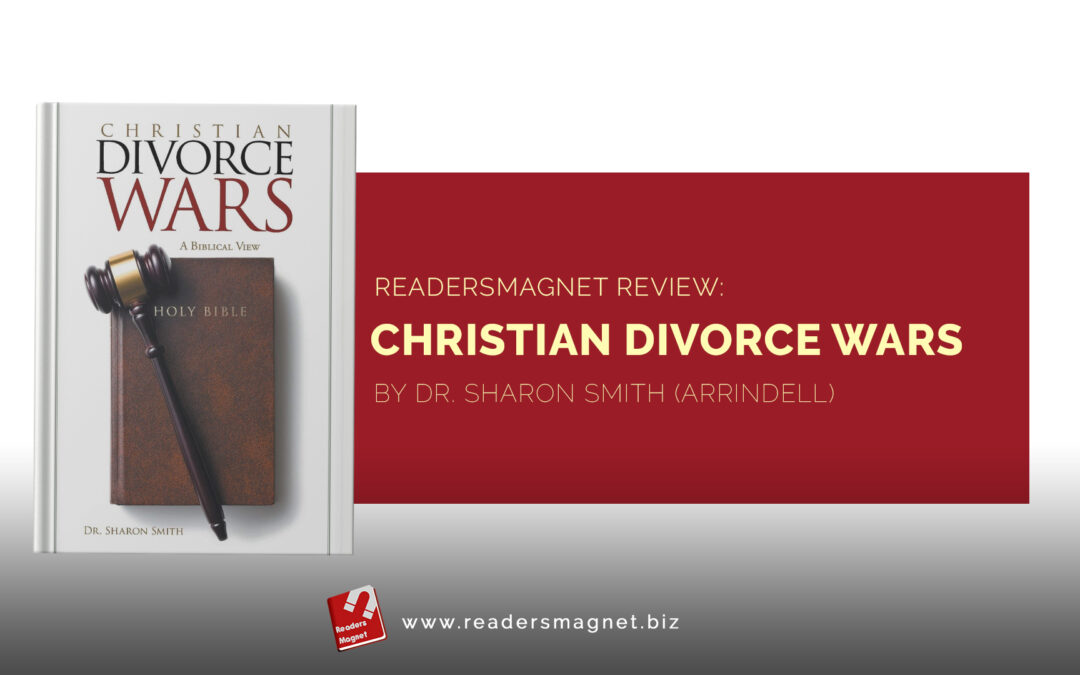 Divorce is among the leading issues affecting families worldwide. Going through a divorce is challenging for couples and more so for children, especially the young ones. Marriage failures also bring forth traumas, emotional guilt, mental health issues, and even spiritual breakdowns. Today, we feature a book about certain aspects of divorce and how they affect families, couples, and individuals- the groundbreaking book Christian Divorce Wars by Dr. Sharon Arrindell.

Christian Divorce Wars: A Biblical View is a 2013 part-memoir, part-guidebook by Dr. Sharon Arrindell. The 72-page book features discussions and insights on one of the significant issues confronted by families worldwide: divorce. In this well-researched and remarkably written masterpiece, Dr. Arrindell also provides lessons and guide into dealing with the process and aftermath of separation from a woman’s and a mother’s perspective, respectively. Readers are in for a Biblical approach to family, divorce, and healing. Christian Divorce Wars: A Biblical View tackles Christian truths on marriage, love, and loss. Dr. Sharon Arrindell, a divorcee and a devout Christian, recalls her own experiences, challenges, and even pain. But more importantly, she also shares her hopes, resilience, and faith, which help her moved on into a better disposition in life.

“There is a war going on in the Christian realm, and conservative churches across the nation choose to ignore and avoid; hoping the turmoil will subside if we just pretend it does not exist. Christian Divorce Wars is a book written from the heart of a woman, once ripped apart by the ravishing of a divorce war that left her and her children trapped in a dug out of despair. Although not a biographical portrait, the book gives the reader a glimpse of the hurt and desperation of the wounded soldiers caught in this often overlooked war, which rages within the walls of the sophisticated church. The reader is given a panoramic view of God as healer, forgiver, and friend, who while looking at the divorce decree, slams the gavel of His Word declaring “Divorce Denied” (book description)

Overall, Christian Divorce Wars: A Biblical View is an inspiring work for those undergoing a crisis in marriage and contemplating divorce. Dr. Arrindell’s book is a great tool that contains outstanding research and Biblical references for scholars, academics, and even pastors and counselors. It is an enlightening read, to say the least.

Sharon Arrindell (formerly Smith) was born in Jamaica, West Indies. She moved into the United States in September 1970. This is one of the most significant chapters of her life. Sharon attended Grace Gospel Chapel in Harlem, New York, for 17 years. She then became a member of Bethel Gospel Assembly in Harlem in 1987. She considers it the time when her life of ministry truly began. Sharon sought to follow the inscription written on the outside wall of that church, “ENTER TO LEARN GO FORTH TO SERVE.”

Sharon initially worked as a personal seamstress before deciding to go back to school and complete her education. In 2003, She first earned a B.S. in Organizational Management. Three years later, Sharon got her M.S. in Counseling from Mercy College. She also has a Doctorate in Biblical Counseling/Biblical Studies from Master’s International School of Divinity. Sharon obtained her second Doctorate in education, specializing in higher education from Concordia University.

Sharon raised her children, Jason and Shanae, as a single mother following a divorce for ten years. In 2010, Sharon got re-married to Charles T. Koen, and currently, they are residing in Port St. Lucie, Florida.

To more about Dr. Sharon Arrindell, her books, and other projects, you can purchase copies of her books and visit her official website today.