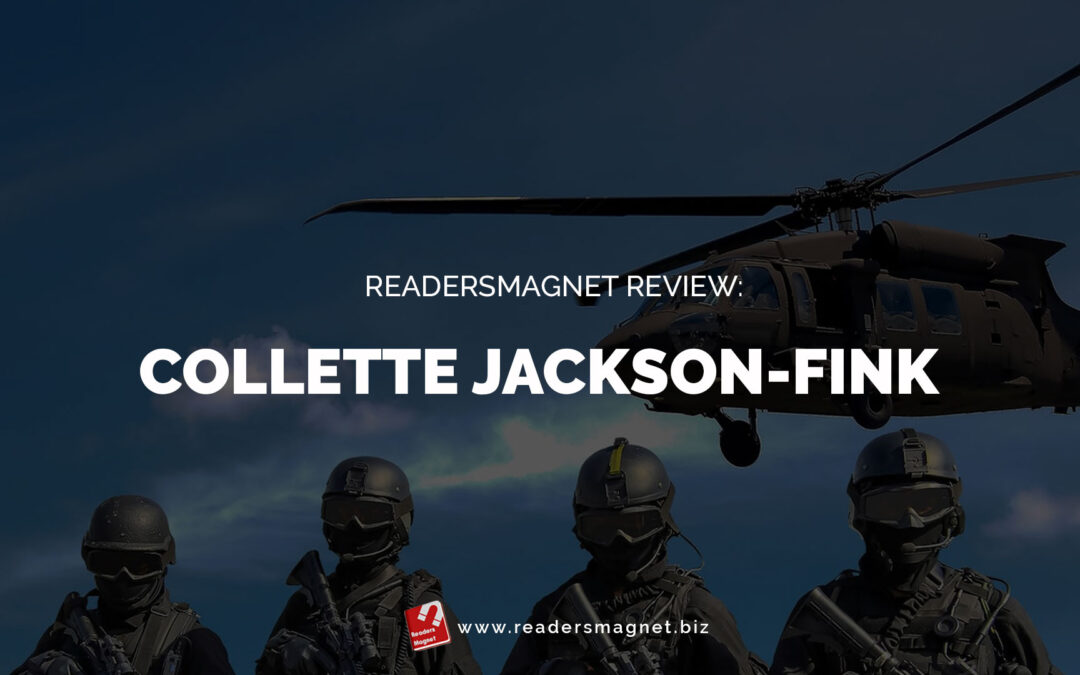 Collette Jackson-Fink is a poet, screenplay writer, and novelist from Iowa. Collette Jackson-Fink has been writing stories since she was very young. Collete has written several short stories, poems, a screenplay. Some of her works were published locally. But it would take many years before Collette would finally focus on her passion for storytelling and eventually publish her novels.

“Growing up in Iowa, there was so much space to do so many things, and we didn’t have the technology that we have right now, so we used our imaginations, and so we were outside constantly. I kinda hung up with the group of people that today would be known as ‘geeks,’ ‘nerds.’ I was a geek; I’m still a geek. And we would create these worlds. We would run into a cornfield, and that was the warfield of some ancient war that we were fighting, or we would go into an apple orchard. We would be Robinhood and Merry Men and Women, and we’d a barn that we’d go into, and that’s where our galactic magic happened, and we would take over worlds and space. That’s when I started imagining things at about 13, and that when I got serious about it and started jotting down notes of some of the experiences that we had as a group together.” – Collette Jackson-Fink, on her childhood and early interest in writing stories.

Collette Jackson-Fink studied Political Science. She then went on to serve the country and is a Persian Gulf Veteran. Today, Collette Jackson-Fink works as a respiratory therapist at a trauma medical center in her hometown in Iowa. A few years ago, Collette began working on science fiction materials. In 2013, Collette finally published her debut novel, a romantic fantasy thriller that would later cement her reputation as a serious author. Daughters of Twilight is the first installment of a series Collette is currently working on.

Collette Jackson-Fink is also a speaker who’s given presentations at events such as the AMTC (American Modeling and Talent Conference) and taught students in the military. She currently lives with her husband of 31years, son Alex, daughter Ashley, and four grandchildren.

Daughters of Twilight and its Upcoming Sequel

Collette Jackson-Fink has written two major novels. Daughters of Twilight is a romantic fantasy novel published in 2013. The story revolves around a mysterious black pyramid that popped up in the small and peaceful town of Waterloo in Iowa. When special tactical teams headed by Dane Coles are sent inside to investigate, they discover female winged creatures. These mesmerizing angels are also fierce warriors from the ancient world. What transpired first as a hostile encounter between Coles and the leader Asia soon blossomed into a romance. The sequel, Sons of Twilight, was released in 2017. Beyond the final page on Sons of Twilight by Fink continues the saga that features thrilling scenes and explosive fights between the forces of good and evil, ancient and modern.

The Festival of Storytellers and Other Updates

Aside from writing duties, Collette Jackson-Fink is busy promoting her published book and attending book events. She is among the authors who participated in the recently concluded The Festival of Storytellers. It is the first-ever virtual book fair powered by ReadersMagnet. Collette Jackson-Fink and her book Daughters of Twilight is also nominated for Publisher’s Choice (Best Independent Book-Fiction and Best Independent Book- The most internationally appealing book) of the upcoming Storytellers Quill Awards Season One. To know more about Colette Jackson-Fink and her books, purchase a copy and visit her author’s website today.