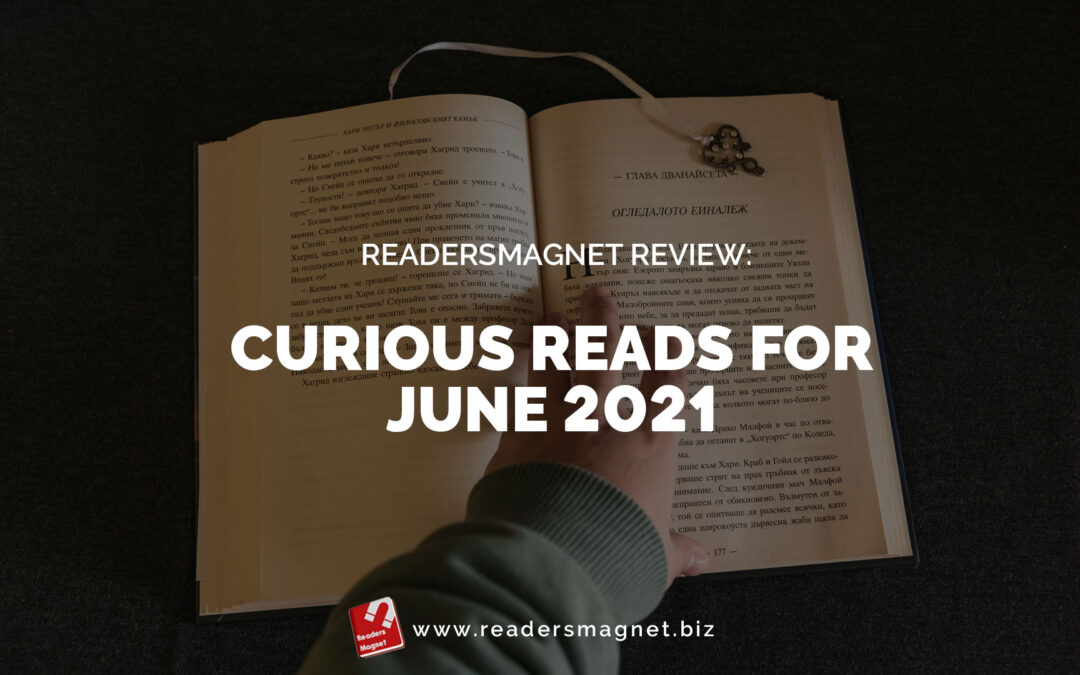 Villa Incognito is a baffling novel by best-selling author Tom Robbins. The book initially begins with the weirs story of an ancient Japanese semi-god named Tanuki. Tanuki is a badger-like creature who can shapeshift. He has a large scrotum and has a penchant for sake and wine. He is often portrayed alongside a beautiful young woman who continues Tanuki’s lineage with the use of a chrysanthemum seed embedded in the roof of her mouth, three American reported missing in action who chose to remain in Laos long after US involvement in the Vietnam War has ended, and two sisters, who are related to one of the missing American soldiers. Despite the book’s weird combination of folklore and politics, readers are in for a great read.

The Book of It by Richard Scott Rahn

The Boof It by Richard Scott Rahn might come off as a bit cryptic, but readers are in for an incredible journey like never before. Scott Rahn’s book on histories and legends of the world is a compelling read in a surprising kind of way. This 2019 non-fiction spans ancient civilizations, history, cultures, and science. Richard Scott Rahn draws from his experience and extensive research for over twenty years. The Book of It by Richard Scott Rahn is a collection of stories, rants, research, discoveries, dialogues, tirades, metaphors, riddles, cryptic passages, trivia, questions, and answers that Rahn attempts to weave together to form one cohesive read. It is a book of discoveries about many of our preconceived notions in life and the universe that we are in.

Convenience Store Woman is the English-language debut of acclaimed Japanese novelist Sayaka Murata. Murata’s best-selling work features the heartwarming story of Keiko Furukura, a 36-year-old resident of Tokyo. For most of her life, Keiko never really found a place she fit in, even in her family or school. But when she began working at the Hiiromachi branch of Smile Mart at age eighteen, Keiko found happiness and purpose in life. For eighteen years, the store became her home. Here, she learned the rules of social interaction. Keiko does her best to conform to her colleagues’ dress code, mannerisms, and speech, playing the part of a “normal” person excellently, more or less. Convenience Store Woman is a weird but superb commentary on contemporary work culture and conformity.

S.T. Cartledge is known for his fantasy fiction novels such as Beautiful Madness, The Orphanarium, Wizard, and Robot in the World of Sand and Bones, Kaiju Canyon, The Day of the Milkman, and Pixel Boy in a Poetry World. In 2019, S.T. Cartledge released one of his latest books, Cherry Blossom. It is a story of Margot and Blanko, who live on the Isle of Flowers, blessed by the rose gold light of the cherry blossom sun. During the cold season, the people build bonfires on the beach to ward off the malicious shape-shifting sea creatures known as “tourists” from the island. With each year becoming colder, their resources are depleting, and more “tourists” swim ashore. They murder the locals then bury them beneath the cherry blossom trees to steal their identities.

Lake of Urine by Guillermo Stitch

Lake of Urine: A Love Story by Guillermo Stitch is a blend of weird and outrageously hilarious narratives. It is set in the fictional locales of Tiny Village and Big City. The timeline is also a bit weird as it is set seemingly during the post-capitalistic global order; Technology, such as the internet, exists, but alongside various stone-age devices and old-school tech, referred to as “recent inventions.” Lake of Urine presents an entirely new timeline and a future that is not too distant if we closely examine our present course. Lake of Urine features interesting characters, plots, and narrative arc that is quite illogical and at the same time makes perfect sense. It is a must-read book for those curious about What Guillermo Stitch is up to this time.