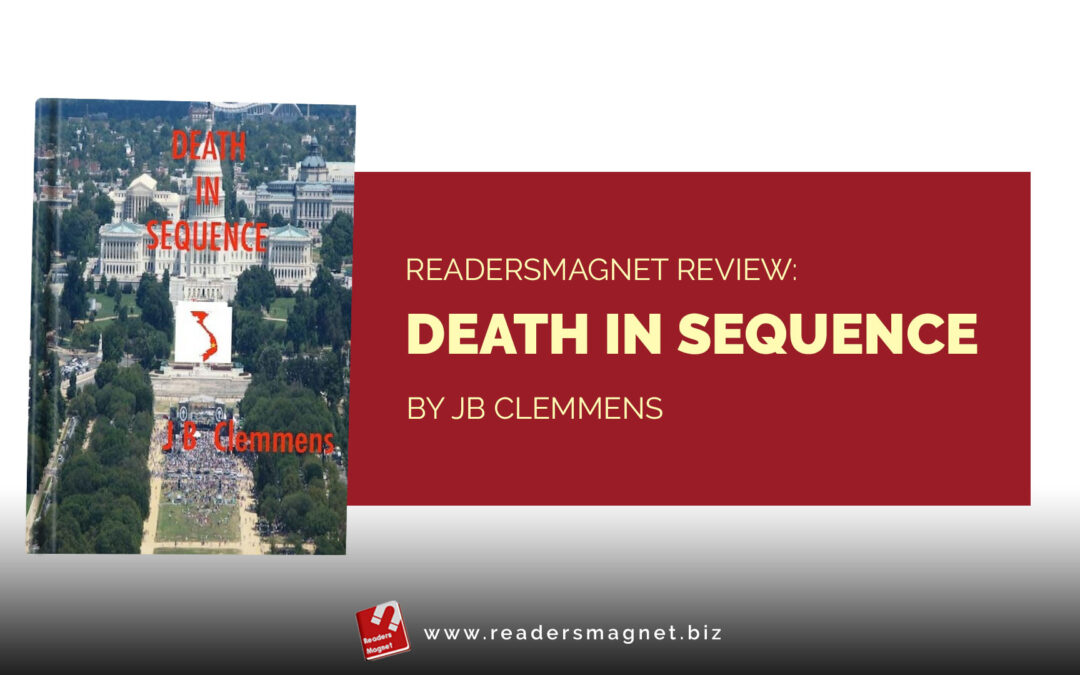 JB Clemmens is back with her latest stand-alone mystery thriller, Death in Sequence.

JB Clemmens is among the rising names in the mystery crime category. Since 2013, she has slowly carved a name for herself with unforgettable high-suspense thrillers such as Jigsaw (2013),  Patron Saint of Horseshoes (2014), the Lieutenant James Mysteries with its latest installment, The Murder on the Ice Floe in Nashville, published just last year. Today, we are going to take a look at another of her suspense thriller that is not part of the LJM series- Death in Sequence by JB Clemmens.

Death In Sequence by JB Clemmens

Death In Sequence is another suspense crime mystery book by author JB Clemmens. This was released in 2018 and is not part of any of the Lieutenant James Mysteries. The stand-alone novel is also not related to any of her other previous novels.

Death In Sequence revolves around solving the mystery surrounding the recent random killings in the D.C. area. The authorities have tapped in a veteran detective, Mitch Jenkins, who is currently injured. Mitch is appalled by the murders and desperately tries to look for clues and patterns despite its seeming randomness. However, things take a serious turn with Mitch’s girlfriend is kidnapped. Ginny Munsen is a mathematics professor kidnapped from George Washington University.

Mitch is conflicted as he is faced with two cases. Before he could locate and recover Ginny, a bomb is found inside the chambers of the Supreme Court, signaling that the murders are not all random and the response is up to something bolder and bigger.

Other Works by JB Clemmens

The last five are books under the Lieutenant James Mysteries, a book series featuring the main character Lieutenant Eli James of the NYPD. Each of the books has its own case or mystery that can pass for a stand-alone novel.

JB Clemmens is a former high school Math teacher and author of several mystery crime novels. Most, if not all, of her published works, are influenced by literary greats in the field of mystery crime, such as Agatha Christie, Martha Grimes, Marsh, Tom Wolfe, and Lee Child, to name a few. Since 2013, JB Clemmens has published over half a dozen novels, including a detective series. She is currently living in Pennsylvania with her husband and a Great Dane.

JB Clemmens established herself in the mystery crime genre with her famous Lieutenant James Mysteries Series. The series features the adventures and crime cases under detective Lieutenant Eli James. The series is composed of several titles: Something Fishy in Manhattan, A Substitute for Murder, Mystery at Pima Point, and The Numbered Cups Mystery. Clemmens is finishing a three-year work for her next novel, Upon the Moon and Woodstock. Her latest released book is the 2020 book five of the Lieutenant James Mysteries.

To know more about JB Clemmens and her works, grab a copy of one of her books, or visit her website today.