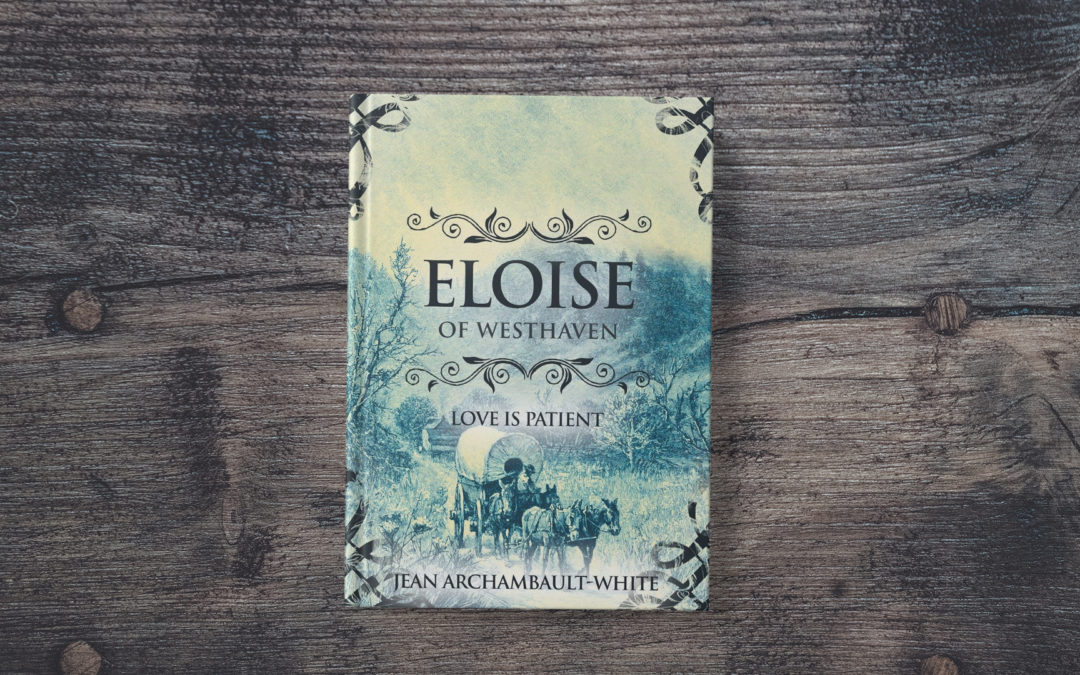 Last time, we featured Jean Archambault-White’s coming-of-age young adult fiction Eloise of Westhaven: Not Just a Kid. In the story, we meet a young orphan named Eloise Jackson who lost her parents and their family’s fortune. She is taken by a kind and loving family. The Cravits took care of Eloise and treated them as their own. The story highlights Eloise’s journey into young adulthood and how she managed to find work as a nanny for the mayor’s children. In this story, we also meet the wealthy mayor’s two mischievous children. Eloise of Westhaven: Not Just a Kid ends with Eloise thwarting an evil plan to rob the wealthy mayor’s house, and Eloise gaining the respect of the household she serves, including the naughty children. Now, we move on to Jean Archambault’s second chapter of Eloise Jackson’s life and adventure- Eloise of Westhaven: Love is Patient.

“Don’t second-guess yourself because of the questions of a child. You managed a heroic feat by your wits and courage, and no one was hurt, not even yourself. You came up with a plan- a rather ingenious one, and it worked. So let it be. I don’t know another young lady with the guts and brains to carry off what you did” – Mayor Strawbridge to Eloise (Chapter 5)

Eloise of Westhaven: Love is Patient

Eloise of Westhaven: Love is Patient is the sequel to “Not Just A Kid”. In this volume, we get to know Eloise Jackson as a grown-up. The young woman now serves as the governess to the wealthy Mayor Strawbridge’s two children- Elizabeth and Buck, whom we met in the first book. By this time Eloise has settled in the family and has earned the mayor’s trust and confidence following the events from the first book. Along with Eloise, and the Strawbridge household, we also see other characters that have now grown. Together the Strawbridge and the Cravits face life as American West enters a new period of political and economic growth. Together with these changes, the characters learn to embrace the changes and lessons in life. The story’s main highlight is Jean’s engagement to his childhood friend, David Cravits. David is the son of the family who took in Eloise when she was still a young orphan. Published in 2012, Eloise of Westhaven: Love is Patient is a feel-good novel and a perfect sequel to Jean Archambault-White’s first book. It is filled with adventure, lessons, and most of all appreciation to life and God’s unconditional love.

Jean Archambault-White’s Eloise Jackson’s life story is an American fairytale. It tells of a young girl who lost everything and had to struggle early in life. With the help of kindhearted individuals (the Cravits and the Strawbridge), she is able to rebuild her life, find her place in the sun, and enjoy life’s blessings and adventures as she goes on through life. Eloise’s sage is an inspiring narrative that reminds us of other classic works such as How the García Girls Lost Their Accents by Julia Alvarez, I Capture the Castle by Dodie Smith, Little Women by Little Women by Louisa May Alcott and Eleanor H. Porter’s Pollyanna.

Other Works by Jean Archambault-White

Eloise of Westhaven: Not Just A Kid

Simple Faith is a semi-autobiographical published in 2007. In this book, Jean Archambault-White encourages readers to seek a meaningful life with God and to embark on a spiritual journey through the Word of God.