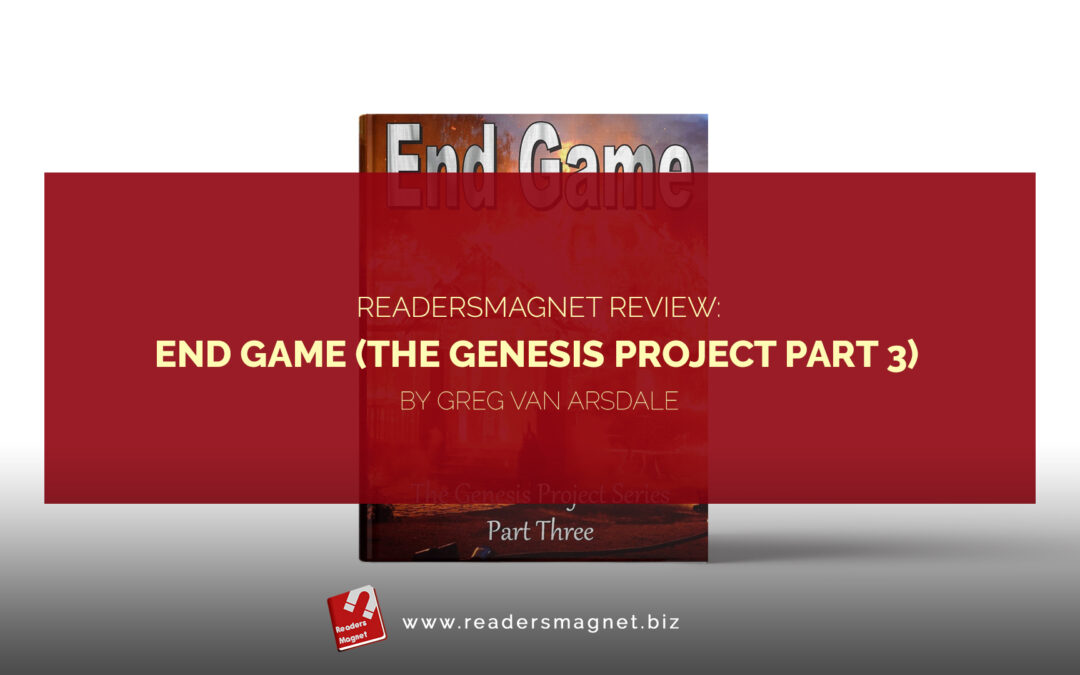 Science fiction is definitely a challenging genre. There are two main factors as to why it is considered a tough category: first is because there is already a wide array of sci-fi books produced from Mary Shelly’s era until today, making authors struggle to produce an SF story using a different angle; and second is because there are so much researching to do before you could actually publish since you have to ensure that you are stating the right science stuff.

But despite the complexity of science fiction, Greg Van Arsdale’s The Genesis Project series truly did a good job in telling a good tale with some fragments of science. The third book of the series titled End Game is an exciting one because when you try to think of it, it contains a massive bit of the climax and a little part of the falling action of the whole series. End Game contains troubles and thrill that are being well-executed. Arsdale didn’t directly tell the readers the events; instead, he showed them with the use of both narration and dialogue.

Published in 2017, Greg Van Arsdale’sEnd Game has hit the sweet spot of every science-fiction fanatics. Who doesn’t want an action-packed story with all the mobs, killings, science, and survival? It brings all kinds of emotion, such as thrill, fear, excitement, and more. The book centers on survival — which is common in many stories. Arsdale, however, did a good job in showing a fresher side of survival by using gangsters and a deceiving friend that turned to be a traitor.

It uses a lot of narration but it didn’t turn out to be a bad thing. The narration helps the readers picture-out the scenes, settings, and other important details in the story. The story also utilizes dialogue, which is beneficial in the part of the readers. It is because the tale is told by an unknown narrator; hence, dialogues greatly helped in showing readers the characters’ perceptions, thoughts, and emotions.

The indication of the “virtual world” is an excellent move because it helps readers understand the transition of the story from one place to another. Hence, they are guided and still following the flow of the tale. There are also other impressive yet common elements in science fiction, such as the laboratory and DNA data, but these didn’t affect the wonder of the story.

John Neumann, the protagonist, also has good character development. In book 1, he was considered as a John Doe. He had no memory of who he was until book 2 happened where he regained his memories. In End Game the John Neumann became a tough and courageous person who fights everyone that comes in his way. The protagonist didn’t magically become a strong character overnight. He earned it by facing every struggle, every danger, and every betrayal that came in his path.

The man vs. man conflict that was mixed in the story made it more exciting. It gave birth to the adventure and action scenes that led to the progression of the story and development of every character. It also helps put tension to the tale that leads into the hunt for the head of the protagonist. Hence, End Game is undoubtedly the climax of the series.

For those who want to read science fiction with a lot of actions and adventure, End Game by Greg Van Arsdale is the one for you! But, you might need to read the preceding two books of The Genesis Project series first so that you can understand the storyline. Brace yourselves for some stirring this world story that will blow your minds.