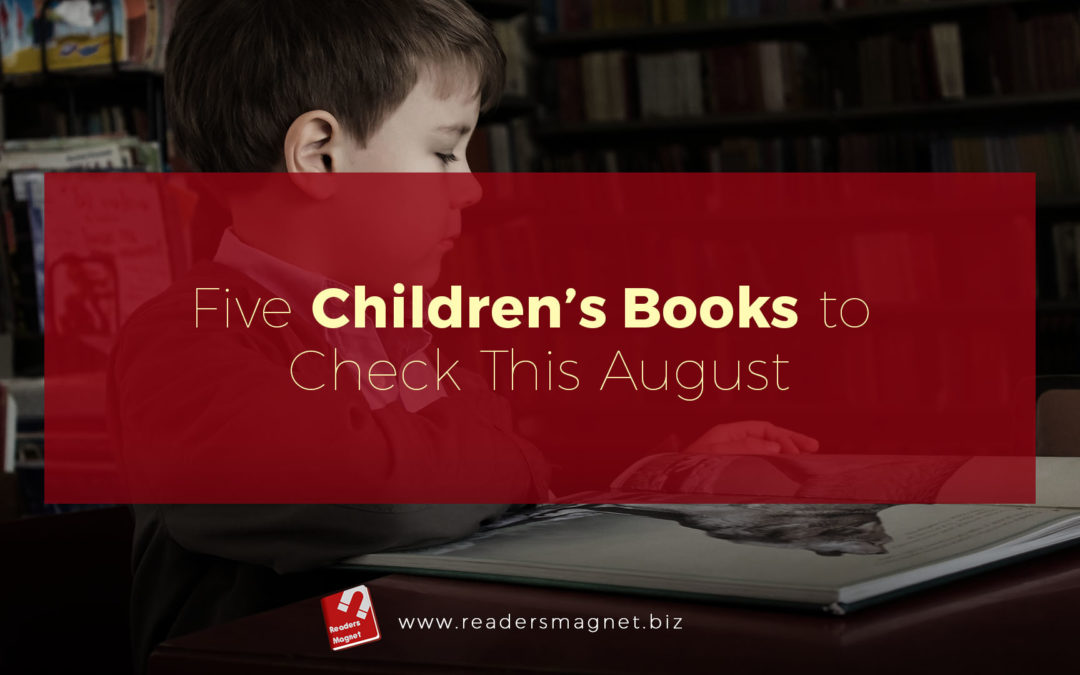 ReadersMagnet Review recommends these 5 books for children to enjoy this month of August.

The month of August is almost here, and while the start of classes may not come any time soon because of the pandemic, learning should not be limited. Learning while in the comforts and safety of our homes can be done. Learning can be fun too. Children’s books that tackle various themes and topics can be useful in slowly educating the young. Here are the five children’s books that we recommend for August. Enjoy!

The Unadoptables by Hana Tooke

The Unadoptables is a modern-day fairy tale that follows the adventures of five unique orphans: Lotta, Egg, Fenna, Sem, and Milou. All of them were left outside the Little Tulip Orphanage in the autumn of 1880. The orphanage is managed by Elinora Gassbeek, a cruel matron who things that all five of them are “unadoptable”. The babies developed a bond and are determined to stick together no matter what happens. However, when a man appeared and tried to separate them, the group makes a dangerous escape across the frozen canals of Amsterdam, and what follows next is an adventure filled with magic, mysterious spirits, and wits. The Unadoptables by Hana Tooke is a fresh and delightful read.

Katie and Kenny Tour the Railroad by Keith N. Corman

Kate and Kenny Tour the Railroad is a mini adventure children’s book by Keith Niles Corman. The book follows the adventure of two young kittens from Catville- Katie and her brother Kenny. One day, Katie and Kenny’s father decided to take them to a tour of the railroad yard. Their father is a railroad engineer and knows a lot about trains and railroads. Katie and Kenny are excited to have a grand time in the yard and to learn many things about trains, how they operate, as well as all the safety measures undertaken to keep the train and the railroad in perfect condition. Corman’s Katie and Kenny Tour the Railroad is both fun and educational, a great way to introduce kids to one of America’s oldest modes of transportation.

Peek Through Jobs We Do by Jonny Marx and Zoe Waring

This 16-page board book follows the story of a cute rat named Roxy. In the book, Roxy introduces us to her neighborhood and the animals that live there. Some of the characters we will meet in the books include Dasher the dog is a detective, Rocket the chicken is a chef, Michelle the monkey is a mechanic and Penfold the Pig is a banker. During the course of the book, we will learn about the roles that each of these animals performs in their society. Roxy uses rhyming words to introduce each character as well as his or her respective job. Peek Through Jobs We Do by Jonny Marx and Zoe Waring is one way to educate toddlers about the different kinds of people that make up our society. It is a picture book that teaches young readers to appreciate the respective jobs and those who execute them.

Award-winning artist and illustrator Gareth Lucas teams up with Miranda Baker is this wonderfully-themed project that is sure to attract thousands of readers. Ultimate Earth: Oceans and Seas published just a month ago provide a stunning under and above water adventure filled with sailfish, orcas, the blue whale, the giant squid, and lion’s mane jellyfish. They also delved into the dangerous world of venomous sea creatures such as the flower urchin and the pufferfish. The book is divided into six double pages each with its own special category for sea creatures. Ultimate Earth: Oceans and Seas by Miranda Baker and Gareth Lucas is a great tool for introducing kids and young readers to the colorful and majestic ocean world.

Ancient Games: A History of Sports and Gaming by Iris Volant and Avalon Nuovo

Another great way to pass time is to learn more about sports. But since we cannot go outdoors yet, learning about ancient games and the history of various sports and games is the next best thing. In this 2020 book, author Iris Volant and illustrator Avalon Nuovo takes readers back in time, during the period of ancient civilizations including Egypt, the Mesoamerican, Greek and Roman, East Asian as well as the fierce Vikings to have a peek of how ancient sports are played in these ancient places. Ancient Games is a book that will teach children not only about sports but how to appreciate legacy as some of the sports played thousands of years ago are still being played today. With wonderful illustrations and easy-to-read text, the book would be an excellent addition to your shelf.