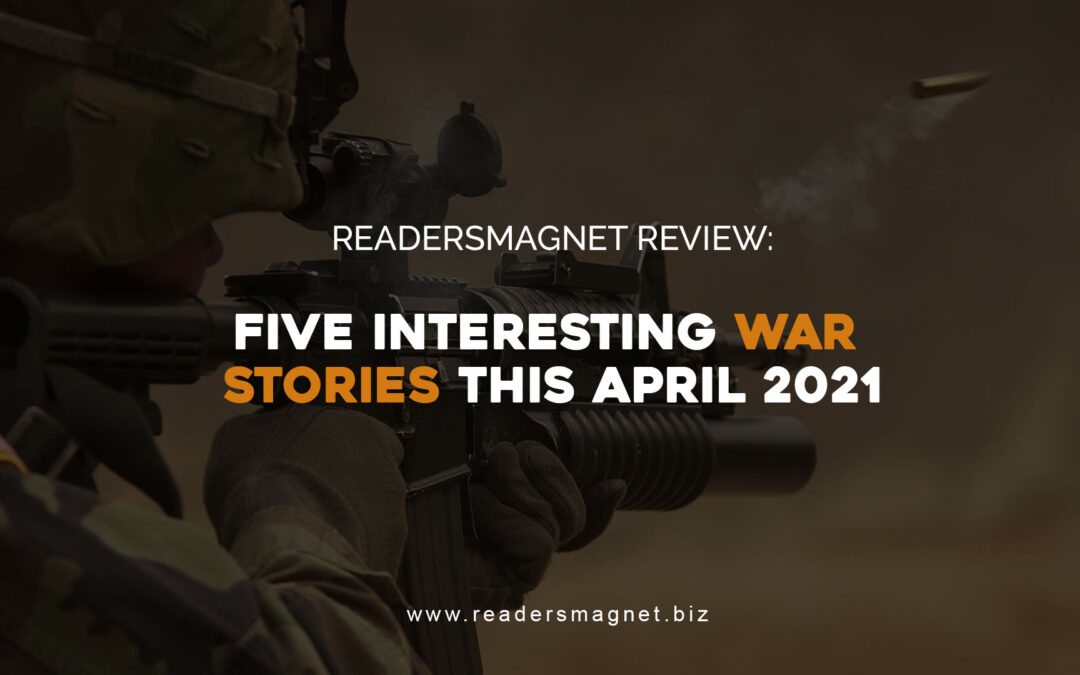 Donut Hole: A Marine’s Real-Life Battles in Vietnam During 1967 and 68 Marines, 1st Force Logistical Command Clutch Platoon is a war memoir by author RC LeBeau. He was barely 20 years old when he joined the United States Marine Corps and was shipped to Vietnam the next year. RC LeBeau was assigned to the FLC unit or the Force Logistics Command, a non-infantry unit that’s essential to any military campaign. RC LeBeau was given a MOS of 3041 (Military Occupation Specialty), which means he worked on Manual Accounting. RC LeBeau’s book on 1st Force Logistical Command documents his 13 months in Vietnam and most famously the Tet Offensive in 1968 and the Donut Hole. RC LeBeau was discharged. Donut Hole is a detailed and remarkable war biography you should check out.

The Corpse Washer by Sinan Antoon

The Corpse Washer is a historical fiction based on actual events in Baghdad from the 1980s to the early 2000s. The book tells a young man born to a traditional Shi’ite family of corpse washers and shrouders in Baghdad. In the late 1980’s, Jawad decided to go against his family’s wishes and went to study at Baghdad’s Academy of Fine Arts, dreaming of becoming a sculpture. Jawad wants to celebrate life and beauty instead of tending to the dead and the mourning. However, the 2003 invasion and military occupation brought death and suffering, and Jawad returns to his family. While washing and shrouding, Jawad contemplates how death and grief shape Baghdad’s everyday life and its inhabitants.

No Easy Day by Mark Owen and Kevin Maurer

No Easy Day: The Autobiography of a Navy Seal: The Firsthand Account of the Mission That Killed Osama Bin Laden is the complete title of Mark Owen’s autobiography. Published in 2012, No Easy Day features Mark Owen’s career as an operator of the U.S. Naval Special Warfare Development Group—known as SEAL Team Six and the countless high profile missions they have pulled, including the successful rescue of Captain Richard Phillips in the Indian Ocean and the death of Osama Bin Laden. Mark Owen takes us to his childhood in Alaska, SEAL’s rigorous physical and mental training, and the United States of America’s War on Terror. Most importantly, Mark Owen and Kevin Maurer pay tribute to the talents, skills, experiences, and exceptional sacrifices of the men and women that led to the demise of one of the world’s most infamous terrorist leaders.

Baghdad Express is a 2003 war memoir by Joel Turnipseed, a Marine Corp who served during Operation Desert Shield. Turnipseed was assigned t the Sixth Motor Transport Battalion, where he drove tractor-trailers for the legendary “Baghdad Express”, hauling truckload of explosives and ammunition across the long and harsh desert. Before being activated, Joel Turnipseed had been AWOL for three months, took philosophy classes, and spent his days reading Plato and Thoreau. Baghdad Express documents his observations and personal opinions of the war. Candid, witty, and at times, hilarious, Turnipseed’s memoir explores the absurdities of armed conflict, its humanity, and its ‘profane grace.’ It’s like reading Catcher in the Rye and Catch-22 but in a wartime setting. Baghdad Express by Joel Turnipseed is both entertaining and enlightening, to say the very least.

Storm of Steel by Ernst Jünger

These days, seldom do we encounter novels or memoirs about the First World War, so we decided to include one here. First printed in 1920, Storm of Steel is one of World War I’s most explosive personal accounts. It chronicles the trench warfare through the eyes of a German officer who fought countless unforgettable battles, including the Battle of Somme (1916), Battle of Arras (1917), and final German Spring Offensive, where Ernst Jünger led a company of assault troops. Storm of Steel documents Ernst Jünger’s first taste of war, the victories, the losses, as well as the bravery of the men he fought alongside with. He was wounded 14 times, including five bullet wounds. He was the recipient of the Golden Wound Badge, the Iron Cross 1st and 2nd Class, House Order of Hohenzollern, and was the youngest to be awarded the Pour le Mérite.