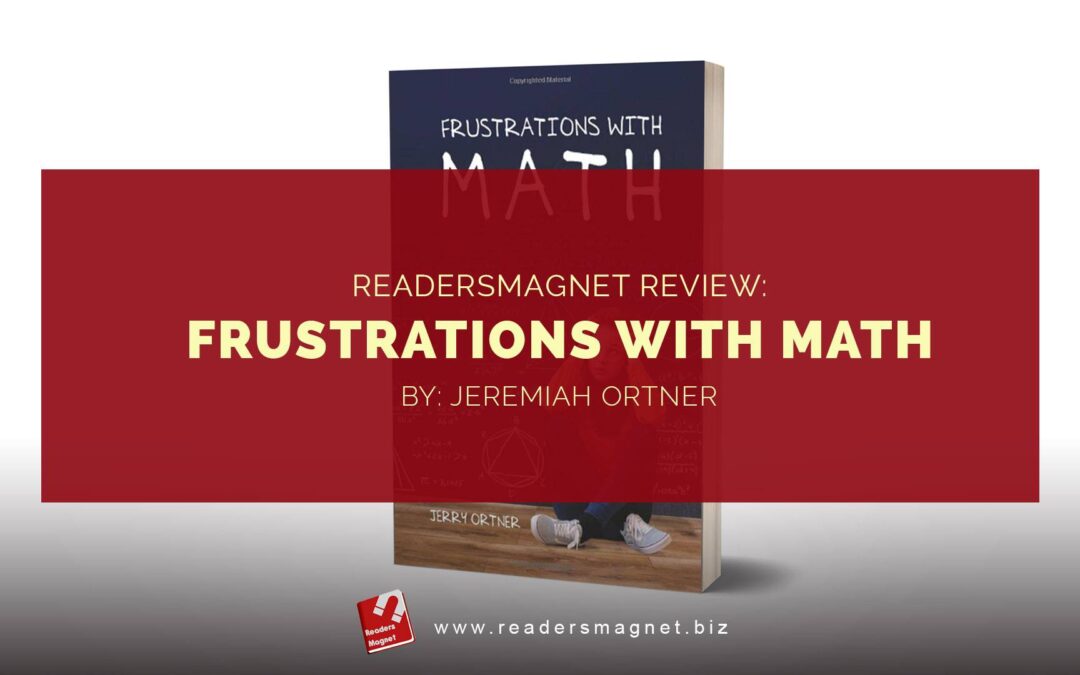 Many students find Math a tiresome and challenging subject. Despite being the universal language and governs almost every aspect of our existence, many still don’t like math. This lack of appreciation is perhaps the reason why many are frustrated with math. To think the math is why we can tell what time, day, and year it is. Math affects us all. Math is always present from economics to transportation, health, agriculture, science, and even entertainment. Without math and algebra, the world would disintegrate into chaos. For author and teacher Jerry Ortner, the problem lies with absorbing the lessons. We think that math is complicated, and some correctly understand it. Absorbing the lessons begins with appreciation. That is why Ortner decided to create a workbook that would enable students to understand and see math in their everyday interactions. His book Frustrations with Math is just among the several workbooks he has written in the hopes that students will see math differently. ReadersMagnet Review takes a look at Jeremiah Ortner’s Frustrations

Frustrations with Math by Jeremiah Ortner

Frustrations with Math is the latest workbook from math teacher Jeremiah Ortner. This 164-page features ways to quickly solve many math problems, including factoring binomials and polynomials and solving a quadratic equation.

Readers will be able to work with story problems that involve calculating distance, rate, and time. The book also contains discussions on trig relationships and simple math questions, which hopefully will help students appreciate math even more.

The idea of publishing a creative workbook for students steamed from Ortner’s desire to see his students absorb and appreciate the lessons he is trying to present to his class. Just like in other schools, many students find it difficult to learn math. Worse, they cannot seem to appreciate the importance of numbers, formulas, and calculations. As a teacher, this was very disappointing for Jerry Ortner. So in 2007, he released his first algebra workbook with a creative design featuring everyday problems, trig relationships, and daily encounters that involve math. Frustrations with Math helps instill the idea that math should not be feared, that it can be fun, and that solving math problems is actually a part of our lives.

Overall, Jeremiah Ortner’s Frustrations with Math contributes a great deal in educating students and promoting the love of numbers and problem-solving. It is an excellent tool for all math teachers and students alike.

Other Books by Jeremiah Ortner

Aside from Frustrations With Math, Jeremiah Ortner also wrote and published several

other books. Below are the workbooks he published in the past years.

Jeremiah Ortner teaches math and science at the middle, junior, and senior high school levels plus community college. Throughout his thirty years of teaching math, Ortner has witness his students’ frustrations with math lessons. And sometimes, he gets frustrated as well, seeing his students not being able to absorb new lessons he was trying to introduce. Desperate to solve this frustration, he wrote pre-algebra and algebra workbooks emphasizing daily interactions with math and algebra. By providing students with these tutorials and exercises, Jerry can better drive home the lessons he wants to share with his students and at the same time help them appreciate math, not only as a school subject but as an everyday part of life.