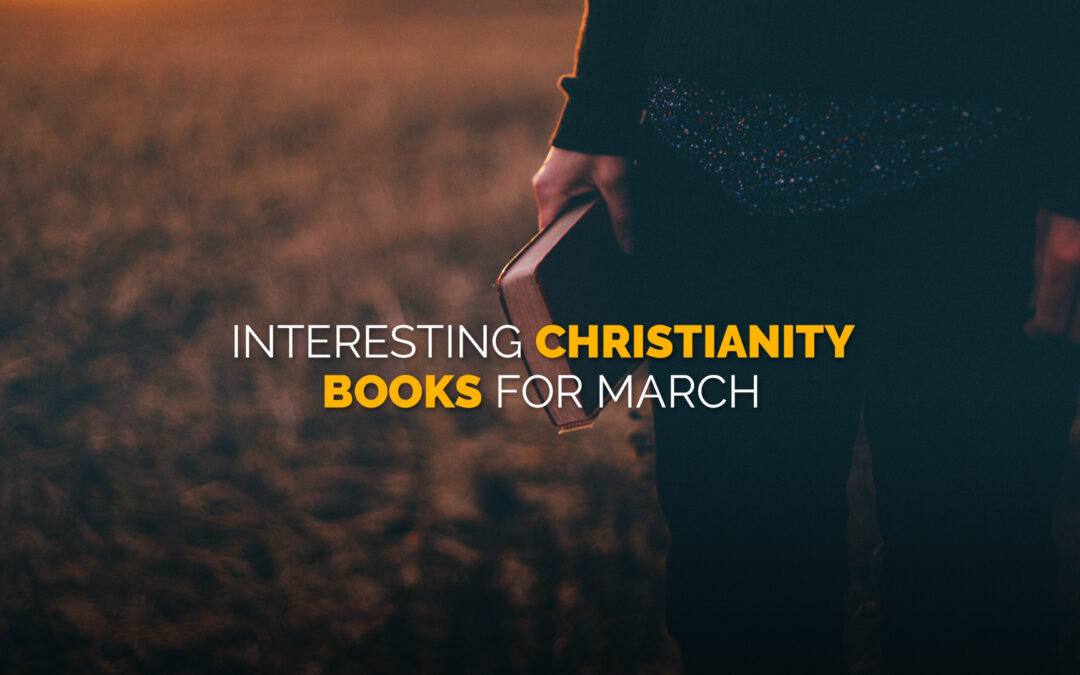 Dane C. Ortlund is a senior pastor of Naperville Presbyterian Church in Naperville, Illinois. Last year, he released the book Gentle and Lowly: The Heart of Christ for Sinners and Sufferers. Gentle and Lowly hope to reintroduce Jesus to readers and those who want to reconnect with Him. Many of us forget Jesus as a figure that is also meek and lowly in heart, one who is considerate and gives rest to those who labor and are heavy with burden. The book features twenty biblical texts that portray the real Jesus Christ, who is always ready to sacrifice and suffer for His people. Gentle and Lowly by Dane C. Ortlund is written in a way that readers will find the journey of rediscovering Jesus a truly meaningful and remarkable one. This Lent, Gentle and Lowly time is a timely reminder of Jesus Christ’s legacy and His passion on the cross.

Beyond Mere Belief is a 2016 Christianity book that blends science and spirituality to understand more about the Christian faith and seek answers to many of the fundamental questions we have. Greg Van Arsdale invites us to explore physics, the laws of science, and the Christian theory on Beyond Mere Belief. Greg Van Arsdale challenges his readers to break away from both science and religion’s preconceived notions and embark on a new journey towards understanding both the human realm and our spirituality. This groundbreaking book is divided into two parts, discussing quantum physics, dual-energy, non-atomic energy, and the soul, among many other topics. Beyond mere Belief is a collection of life-changing discoveries that will make you appreciate more about the scriptures, and at the same time, encourage you to dig deeper into science and continue to pursue questions related to our existence and purpose in life.

Uncommon Ground is a truly magnificent book from no less than bestselling author and Pastor Timothy Keller. Together with Professor of Law and Religion John Inazu, Keller brings together an amazing collection of artists, thinkers, and leaders to provide an inspiring guide to faithful living and in an attempt to answer the question, ‘How can Christians today interact with those around them in a way that shows respect to those whose beliefs are radically different but that also remains faithful to the gospel?’ The book features inspiring narratives on humility, patience, and tolerance, especially during these dark and troubling times. Contributors include Lecrae, Tish Harrison Warren, Kristen Deede Johnson, Claude Richard Alexander, Shirley Hoogstra, Rudy Carrasco, Trilla Newbell, Tom Lin, and Warren Kinghorn. Uncommon Ground is definitely a book that you will want to read this Lent season.

Telling a Better Story is a 2020 Christian book by Joshua D. Chatraw. He (Ph.D., Southeastern Baptist Theological Seminary) is the executive director of the Center for Public Christianity and the theologian in residence at Holy Trinity Anglican Church in Raleigh, North Carolina. In his book, Chatraw addresses several issues on Christian faith, apologetics, and other controversies that seem to undermine the Christian faith. Telling a Better Story provides a new and better way to do apologetics. According to Chatraw’s book, there is an inside-out approach that is attuned to our late-modern moment and respectful of unbelievers, all the while remaining focused on Jesus. Chatraw further discussed topics of cultural understanding and ways to present Jesus in a holistic, contextual manner. Overall, the book contains an interesting discourse on practical apologetics both for experienced apologists and those who are just beginning to share their faith with others.

Healing Racial Trauma: The Road to Resilience is a powerful and relevant book by Sheila Wise Rowe, published last year. In this part memoir, part social commentary, Rowe shares her personal experience with racism. As a child, she was transported across town to a majority white school where she experienced first-hand the trauma of being an African-American. Today, the United States is still suffering racial tension, which was exposed recently with the killings of innocent African-Americans and the rising cases of police brutality. In her book, Rowe discussed how racial trauma is perpetuated by the government’s action or inaction, media, viral videos, churches, and within families of origin. As a professional counselor, Sheila Wise Rowe carefully exposes the symptoms of racial trauma to her readers with the Bible’s help and the scriptures. Now more than ever, Rowe’s Healing Racial Trauma stands as a very important read for everyone.