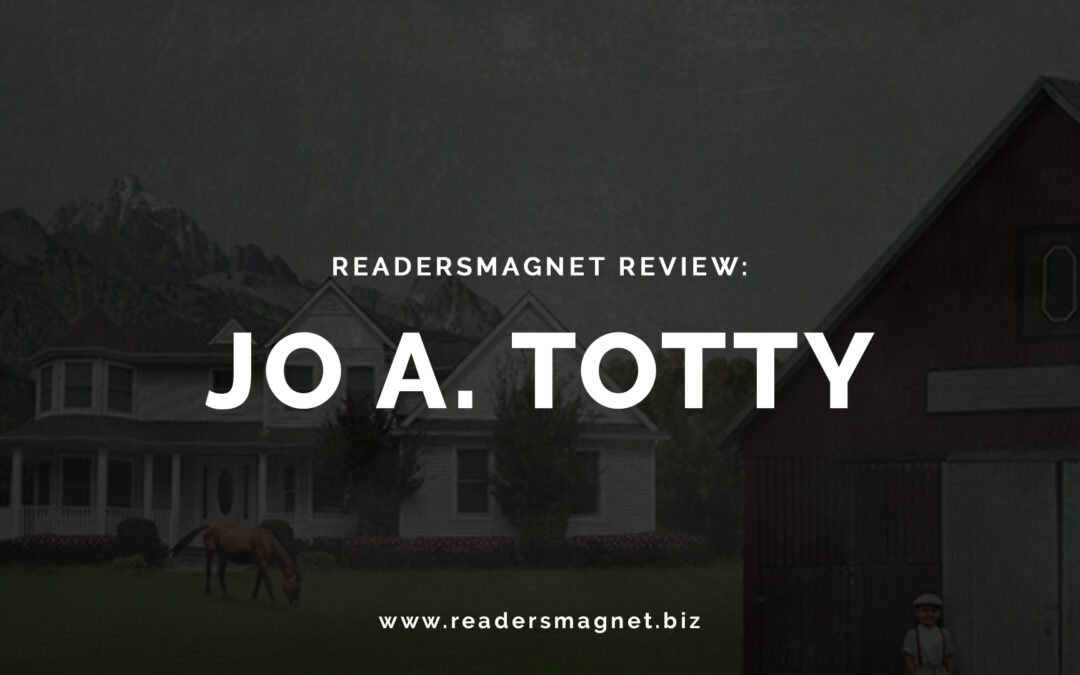 ReadersMagnet Review features seasoned novelist Jo A. Totty, who is known for her fiction mystery thrillers.

Jo A. Totty dedicated most of her years working for the local Education Department. She lives a private life and only started publishing her works after her retirement. Jo A. Totty wrote and published her first novel almost two decades ago, The Elusive Toad. This was the start of her literary career, and since then, Totty has been publishing mystery thrillers. In 2008, two years after her debut book, Jo A. Totty released her second and third novel- Secrets at the End of Whispers Lane and A Stranger in Town (not to be confused with the 1943 film of the same title). Ten years after, Totty released her most recent work, The Secret of Jerry’s Pride, released early this year. The 84-year old author mostly spends her time. Jo A. Totty still reads every day and manages to finish a book or two every week.

Published Novels by Jo A. Totty

Jo A. Totty is most known for her collection of mystery thrillers. Over the course of two decades, she has published four remarkable novels that suspense thriller fans will surely love. Below are her published works and their official book descriptions:

The Elusive Toad is Jo A. Totty’s debut novel. It was published fifteen years ago. This 2006 thriller tells the story of a small peaceful Southern town during the nineteen thirty. It was a quiet and beautiful town until murder and fear took over with a series of mysterious murders. It began with William Smitz’s bride-to-be, Louise. William had built a mansion for his future wife. They were to be married at the mansion, with the people from Brairsville attending the wedding. On her wedding day, as she came down the stairs, a shot rang out, and Louise fell to her death with a shot through the heart. And the rest is history. Handling the murder cases are Sheriff Booth and Deputy Bob, who are desperate to bring back order and security to this once peaceful town.

Two years after the release of her first novel, Jo A. Totty published her second book, A Stranger In Town. Again, Totty writes about small Southern towns. They are quiet, peaceful places to live. It’s a place where everybody knows everybody. In A Stranger in Town, Totty writes about a man named Will Walker who came to Beaverville, a small, quiet, southern town, to research material for a new book he was going to write. Little did Mr. Walker realize that the house he stumbled upon is a haunted house with a dark history of mystery and murders. While Walker is eager to write about this discovery, the Sheriff has started their investigation. As the story unfolds, lives are put in danger, and the peaceful town became terrified when one of their own suddenly disappeared.

Secrets at the End of Whispers Lane is the second novel released in 2008 and is Totty’s third published work. It is a mystery thriller featuring the Barton family. When the family bought the old Brown farm, weird things began to happen, and at night, strange noises could be heard. In the backyard of this old farm is a small cottage where the door is padlocked, and the windows boarded up. The new owners also noticed that the strange farmhand looks terrified of the cottage. Secrets at the End of Whispers Lane is perhaps one of Totty’s most thrilling works to date.

The Secret of Jerry’s Pride is Jo A. Totty’s latest novel and is slowly getting recognition. This 2021 mystery thriller is about a small, quiet, peaceful, Southern town where nothing significant ever happens until it becomes a place filled with fear and mystery. When a stranger moves into town, strange things begin to happen, especially to a prominent family. A series of haunting events unfold, and the people’s lives in this small town are forever changed. The Secret of Jerry’s Pride contains the familiar Totty brand of storytelling yet offers a fresh narrative we haven’t read from Totty before.