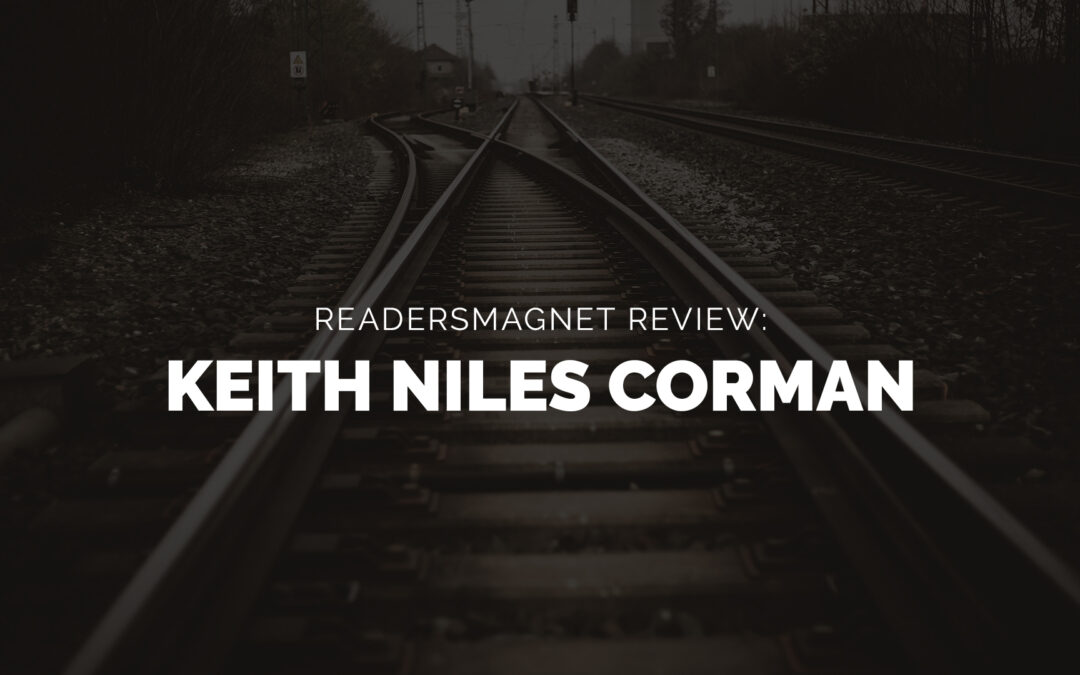 ReadersMagnet Review will take a closer look at Keith Niles Corman and his body of published works.

Author Keith Niles Corman is no stranger to ReadersMagnet. We have featured several articles on him as well as posted articles about his works. Corman is the author of two books. One is a full-length historical novel entitled Scourged Souls, and the other is a children’s illustrated book, Katie and Kenny Tour the Railroad. In addition to being a published author, Keith Niles Corman is an entrepreneur, a former public servant, and a hobbyist of sorts. Today, ReadersMagnet will reintroduce Corman to our audience and revisit his two remarkable works.

Who is Keith N. Corman?

Keith Niles Corman is from Cincinnati, Ohio. He was born to Leo and Janet Corman and grew up in Lawrenceburg, Indiana. Corman left Indiana in 1975. As a kid, Keith developed a fascination with trains and railroads. Every day, he would race to watch the trains pass his town. His daily dose of train watching included Baltimore and Ohio and the New York Central locomotives. It excited him and is a big part of his pleasant childhood. Today, there are still several steam locomotives operating.

Keith Niles Corman is married to Martha Gail Muncy, and after six years into their marriage, their union produced a daughter, Amanda K. Corman. Before he became an author and a businessman, Keith Niles Corman built a stellar career in public service. He spent three decades as a public servant and also as a political activist/. After his retirement, Corman decided to try other things. First, he founded a Cincinnati-based consulting company on economic development and intermodal logistics.

Keith Niles Corman is passionate about trains and railroads. Corman declared himself a “railfan” or railbuff, someone who is recreationally interested in trains and railroads. Railfans are also known as trainspotters or ferroenquinologists. As a matter of fact, after his retirement, Corban established a consulting firm that works on industrial development. They cover the train industry, including the use of rails, rivers, and highway logistics. Corman is also an advocate of railway safety, and, from time to time, he involves educating the public on America’s transportation industry, most especially on safety awareness. Aside from his love of trains, Corman is also a hobbyist and lists photography (mainly trains and railroads), modeling (creating model railroads based on prototypes), and poetry. His other interests include history and philosophy.

Scourged Souls by Keith Niles Corman is a historical novel set during the last months of the American Civil War. This war drama featured the famous battle at Kennesaw Mountain in 1864. Through the eyes of three innocent boys, a freed slave, and the letters written by soldiers, readers are exposed to the horrors and realities of war. General William Tecumseh Sherman’s famous campaign to take Atlanta takes us to a remote little village in Georgia where the peaceful life of the people is about to change with the coming of war. What was once a paradise and home is turning into a battle camp as soldiers are gearing up for enemy troops’ arrival. Scourged Souls is one riveting war novel like no other.

In the same year, Keith Niles Corman also published his first children’s illustrated book, Katie and Kenny Tour the Railroad. Inspired by his love of trains, Corman writes about two siblings, Katie and Kenny, from Catville. One day, the kids and their father are taken on a tour of the trainyard by their neighbor friend Timothy Tabby. Timothy is an engineer. Before the tour started, they were to put on custom hard-hats and protective eyeglasses because it’s all about Safety First when dealing with such huge and powerful machines. What followed next was a great adventure in the trainyard where they meet several people who are in charge of keeping the machines and the people safe. Katie and Kenny Tour the Railroad is a wonderful adventure book that educates young readers on the importance of transport and transport safety measures.