ReadersMagnet Review: Lizzie and Leopold by Patricia A. Gummeson 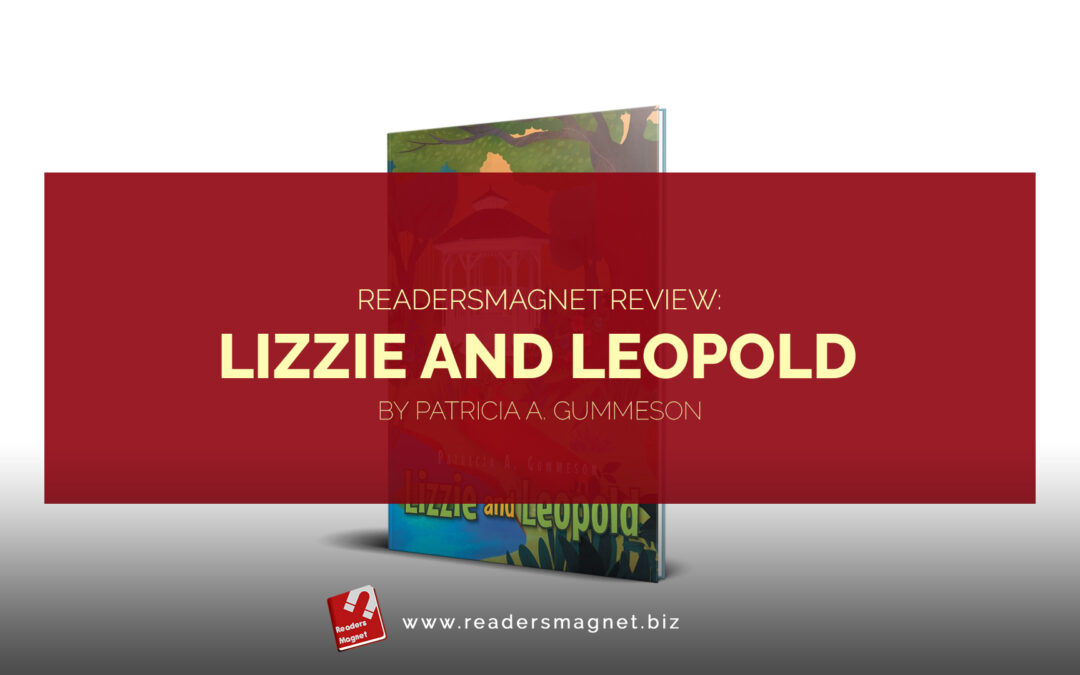 Fantasy is a safe zone for everyone, even children. It is not an escape from reality but a pathway to understanding the complexity of the real world. Reading fantastical tales enables readers to explore in a safer context. Fantasy empowers young readers to think of big ideas without the worry of overwhelming them.

This Christmas season, numerous children will immerse themselves in the private imaginary world of Santa, flying reindeers, and Jack Frost. Fantastical tales are timeless and classic. Innumerable classic fantastical storybooks are made available for reading. Author Patricia A. Gummeson is known to write many fantasy stories for children. Lizzie and Leopold and Cecil and Cedric and the Crooked Crickety Christmas Tree are two of the Christmas books for children by Gummeson. ReadersMagnet takes a closer look at one of Patricia A. Gummeson’s works, Lizzie and Leopold.

Lizzie and Leopold by Patricia A. Gummeson

This fantasy book was published in 2017 and the first of the series about the little creature friends in grandma’s secret garden. This 24-page book features a soothing, easy-to-read narrative and stunning illustrations perfect for children ages three years old and above. Patricia A. Gummeson has written plenty of children’s books; Lizzie and Leopold are early works. This tells a short and sweet tale of two creatures and the narrator’s friendship. Young readers can immerse themselves with the characters and narrator and spend their time together in grandma’s secret garden.

Every child has fantasies about fairies and dragons and everything in between. Children also have imaginary friends who stimulate their imaginations. Lizzie and Leopold are friends of mine, and they spend a lot of time in my grandma’s secret garden, telling me about the neighborhood. They have introduced me to all their garden friends, and we have many conversations about their lives and what goes on in the garden. This is fantasy through a child’s eyes that everyone can relate to. Here’s hoping you enjoy all the characters in this little book as much as I have. (excerpt from book description)

Lizzie and Leopold’s main characters are two tiny green lizards whose names are the title of the book. The young readers are introduced to the creatures that may be living in their very backyards. These creatures can be big or small, slimy or furry ones, and wood or water creatures; however, they are all creatures that can be anyone’s friends despite the differences.

These two tiny creatures who live under a log near a big oak tree will tell plenty of fun stories that will entertain the young ones. These friendly creatures in grandma’s secret garden will teach young readers many things about themselves that will make readers love them more.

Patricia A. Gummeson is surrounded by young people. She is a mother of three, a grandmother of four, a great-grandmother of eight, and great, great-grandmother of one. Hence, she grew a love for telling stories to the little ones. This love resulted in the development of Lizzie and Leopold, which appeared in her imagination. She became a contributing writer to several trade publications in the industry she worked in. Besides Lizzie and Leopold, Gummeson wrote the books entitled: Charlie’s Cukoo Little Choo-Choo; Cecil and Cedric and the Crooked, Crickety Christmas Tree; Regis and Reggie; and Bonnie and Clyde.

Writing and storytelling is the primary hobby of Gummeson. However, she enjoys sewing, quilting, silk ribbon embroidery, knitting, crocheting, jewelry making, flower arranging, and tole painting during her free time. Making porcelain dolls and figurines from scratch is the main claim to fame for Gummerson. She has received innumerable blue ribbons for first place and ‘best of show’ in porcelain/ceramic shows. Her home-based business allowed her more time for other interests and recreations.