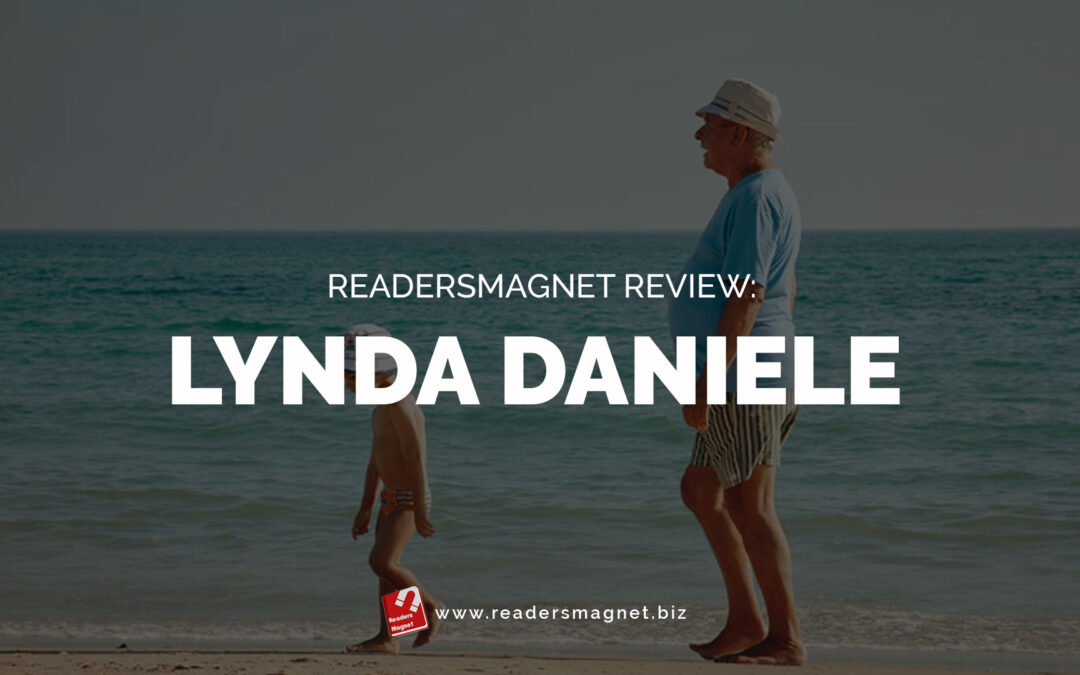 Author Lynda Daniele is no stranger to ReadersMagnet and its audience. Since early 2020, we have featured several articles about her and her amazing children’s illustrated book, Grandpa Nick’s Bump. Since the release of her debut book, Lynda Daniele has come a long way. Her book has been exhibited in book fairs, with the most recent being the recently concluded The Festival of Storytellers. It is the first-ever virtual book fair powered by ReadersMagnet. Today, we will revisit Lynda Daniele and reintroduce her to our readers.

Lynda M Daniele, O.P., is an author and the widow of Frank Daniele, the inspiration behind the children’s illustrated book, Grandpa Nick’s Bump. Daniele holds a degree in Bachelor of Arts in music from Marymount College in Tarrytown, New York. She also holds a Master of Public Administration from American International College in Springfield, Massachusetts. Before becoming an author, Lynda has worked as a public library trustee. She also taught adult literacy in her hometown in Southwick, Massachusetts.

Aside from her work and writing, Lynda Daniele is also a lay sister in the Third Order of St. Dominic. She shares her time and energy serving her local parish. She also teaches taught faith formation in the said parish. Lynda Daniele loves to spend time with family and friends and in the company of her dear Molly, her Border terrier pet.

Lynda Daniele’s husband Nick passed away after his battle with meningioma. Meningioma is a condition where a kind of tumor forms on membranes that cover the brain and spinal cord just inside the skull. Nick’s death was hard, and Lynda had to cope up with the loss. Writing helped her express her emotions and a refuge. She then decided to enroll in a writing class at her local YMCA (Young Men’s Christian Association) to hone this said interest further. This creative venture and the loving memory of her husband and his relationship with kids would soon become the inspiration for Lynda Daniele’s first major literary work. She would go on to pen Grandpa Nick’s Bump, a children’s story about Nick’s battle with a disease called meningioma and his relationship with four loving kids before his death.

Grandpa Nick’s Bump is an inspirational memoir and children’s illustrated book published in 2019. A grandfather story book by Daniele based on her late husband Nick and his special relationship with four neighborhood kids they used to babysit. Daniele wrote the story as a tribute to Nick. Lynda writes about Nick’s battle with meningioma and how the four children forged a deep bond with her husband in this book. These kids had been close to Nick during his last moments and considered the old man their grandfather. Despite his condition, Nick spent so much time with the kids, and his last happy moments alive include playing grandpa to the four young children. The four children took part in making Granpa Nick’s Bump, lending a hand in making the book’s illustrations.

Since releasing her debut book, Lynda Daniele has spent time promoting Grandpa Nick’s Bump. She has taken part in several book events together with ReadersMagnet. The latest virtual book fair she attended was the recently concluded The Festival of Storytellers. Her book is currently one of the nominees for the BEST INDEPENDENT BOOK – Fiction and BEST INDEPENDENT BOOK -The most internationally appealing book category of the first-ever The Storyteller’s Quill Awards (TFOS Season One)

Lynda Daniele is also currently working on a new book, although details are yet to be made available.

To know more about Lynda Daniele and her book, you can purchase a copy or visit her author website today.