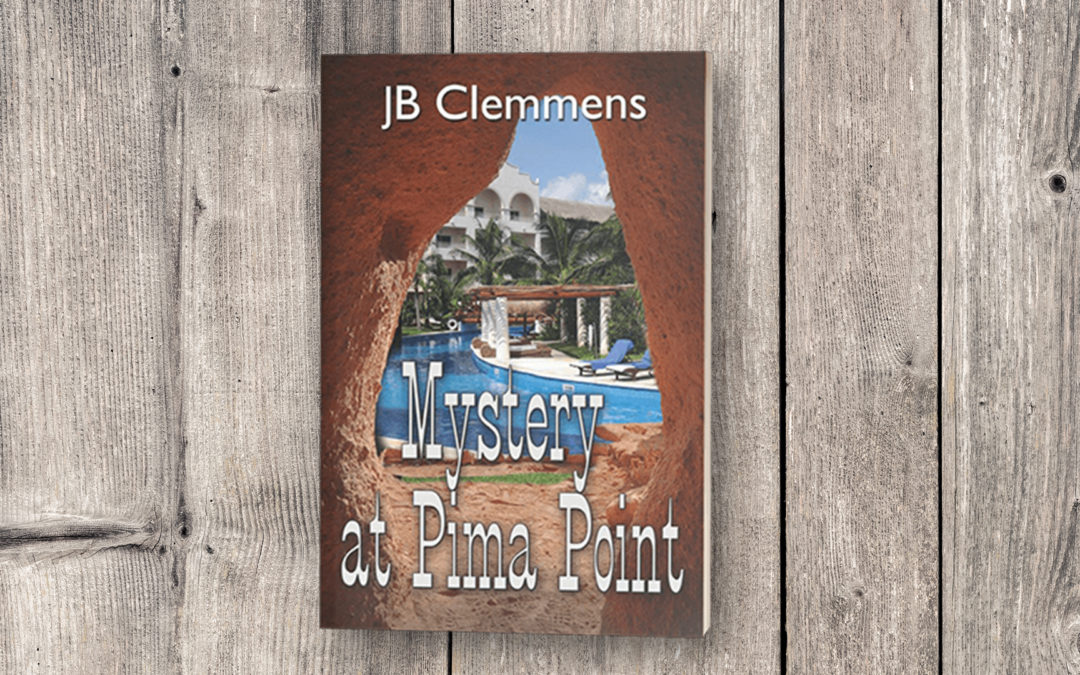 Mystery at Pima Point follows Lieutenant Eli James as he tries to investigate the disappearance of his nephew’s bride-to-be. His nephew Drew and the missing girl Christa is set to be married in just a few days. Christa disappeared from a cave just above the famous Pima Point Resort. James and Drew must work together to find Christa in time for their wedding.

Fifty-five-year-old NYPD Lieutenant Eli James flew to Arizona a few days before the wedding of his nephew Drew James Harper. Drew is the son of Eli’s sister, Myra. Eli was hoping to enjoy a few days’ vacation before the wedding. Drew is also in the resort along with a group of archaeologists. The group is gathering evidence for the mysterious disappearance of Hohokam Indians in 1450. Drew is planning to include the research in his Ph.D. thesis at Arizona. Drew is set to marry another student named Christa Beal, an independent and outgoing young woman. They are to wed in nine days.

However, just as everything is going smoothly as planned, Eli was awoken by a call from Drew, saying that Christa has disappeared. Drew narrated to James that while their professor was busy discussing the Hohokam Indians and the canals they have built inside the caves, Christa was busy taking pictures of rock carvings inside the cave. When Drew checked on her, Drew only found Christa’s camera lying on the ground. This is very unlikely as Christa would not probably leave her camera behind. What follows is a series of puzzles, thrilling developments, and surprise twists.

Like the other books in the Lieutenant James Mysteries, Mystery at Pima Point is nothing short of masterful. JB Clemmens does the magnificent build-up of a mystery plot set in one of the famous, yet seldom featured landscapes- Pima Point. JB Clemmens takes readers to another thrilling and entertaining ride, this time involving caves, race cars, and a wedding. Mystery at Pima Points is a must-read for all Lieutenant James fans.

Other Works by JB Clemmens

JB Clemmens is a former high school Math teacher. Clemmens influences include works by Agatha Christie, Wolfe, Marsh, Grimes, Childs, and many others. She currently resides in Pennsylvania with her husband. JB Clemmens is the author of several published books. Her books include Jigsaw. It is a fictional novel that follows the adventure of two women, who decide to walk from one city to another after a gasoline ban. Clemmens is known for her book series-The Lieutenant James Mysteries Series. It consists of four crime mystery novels: Something Fishy in Manhattan, A Substitute for Murder, Mystery at Pima Point, and The Numbered Cups Mystery. She is also the author of Death in Sequence.

As of this writing, Clemmens is currently finishing three years of research for her next book about 1969, Upon the Moon and Woodstock.

To know more about JB Clemmens and her work, grab a copy of her books, and visit her website today.