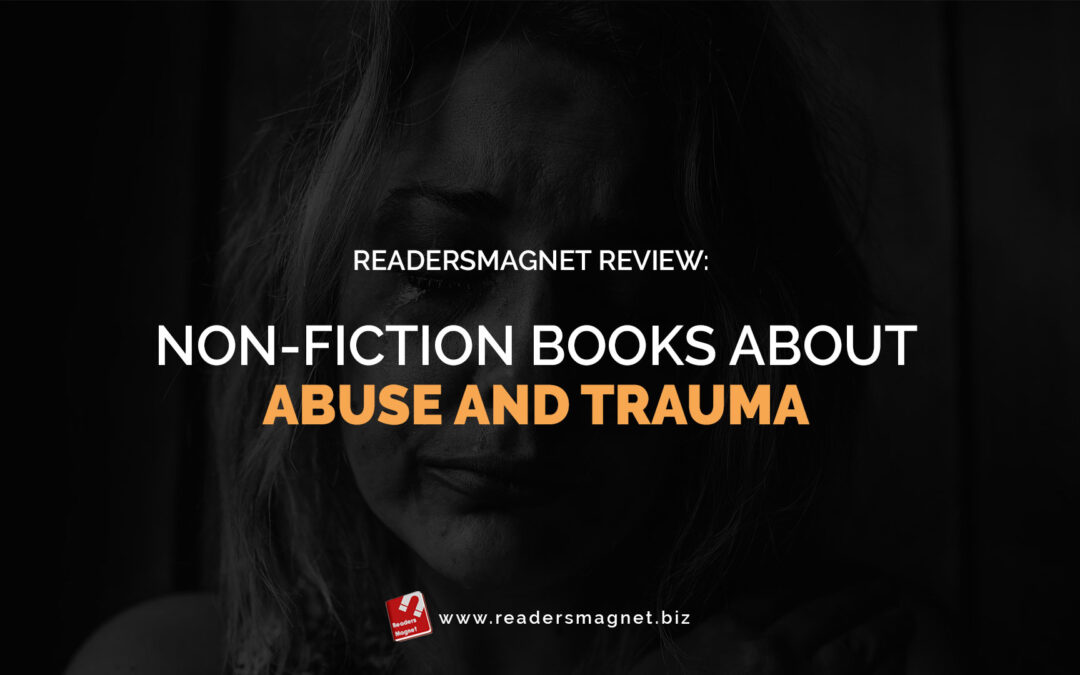 ReadersMagnet recommends these five non-fiction books on abuse and trauma this September.

First on our list is poet Jasmine Farrell’s latest work and part 3 of the Release Series. Published last year, Love Defamed invites the reader to let go of the love that has grown stale. It was released along with its two other companion books, You and Cycles. In this edition, Farrell talks about identifying true love from mere cunning manipulation. The latter is a disguise that keeps us from growing and evolving into versions of ourselves. Using her brand of poetic storytelling, Jasmine Farrell invites her readers to realize their worth by overcoming their trauma and move on to better days ahead. Only by putting the sad past behind us can we attract genuine love that will heal all those undeserved wounds of the heart.

The Other Side of Fear by W. Veronica Lisare

Why Does He Do That? Lundy Bancroft

Lundy Bancroft is a counselor whose work involves working with abusive men. His extensive knowledge of the behaviors of his clients has helped women recognize abuse and how to free themselves from an abusive relationship. In 2003, Bancroft released a groundbreaking work that would help many men and women deal with abuse. The book Why Does He Do That? is a handy guidebook for understanding abusive men. For women, it is an essential tool for avoiding abusive relationships. Bancroft’s best-selling book covers many areas of men’s abusive behaviors, including personality types, the role of drugs and alcohol, what can be fixed and what is hopeless, myths, and how abusive men think.

The Happiness Hypothesis by Jonathan Haidt

Jonathan Haidt is a renowned professor, social psychologist, and author of best-selling non-fiction books on psychology, politics, and morality. In 2006, Haidt published one of his remarkable works on human psychology, The Happiness Hypothesis: Finding Modern Truth in Ancient Wisdom. Known for his positive approach to psychology and the human mind, Jonathan Haidt introduces the Ten Great Ideas to readers. Each chapter in his book features one Great Idea for us to contemplate and hopefully embrace. The Happiness Hypothesis invites readers to extract lessons from past wisdom and apply them in our modern lives. The book reminds us that the path to happiness starts with knowledge and wisdom and understanding ourselves and the world around us.

A Child Called “It” by Dave Pelzer

A Child Called “It”: One Child’s Courage to Survive is the complete title of Dave Pelzer’s memoir. In this riveting book, Pelzer recalls his harrowing experiences and encounters as an abused child. His story is among the most brutal child abuse cases ever documented in California. David’s childhood included being brutally beaten and starved by his emotionally unstable, alcoholic mother: She would often play tortuous, unpredictable games–games that left the young boy nearly dead. David slept in an old army cot in the basement, hidden from the world and suffering visible and invisible wounds that we can only imagine. A Child Called “It” is a must-read book for everyone who wants to understand what it’s like to be abused as a child.