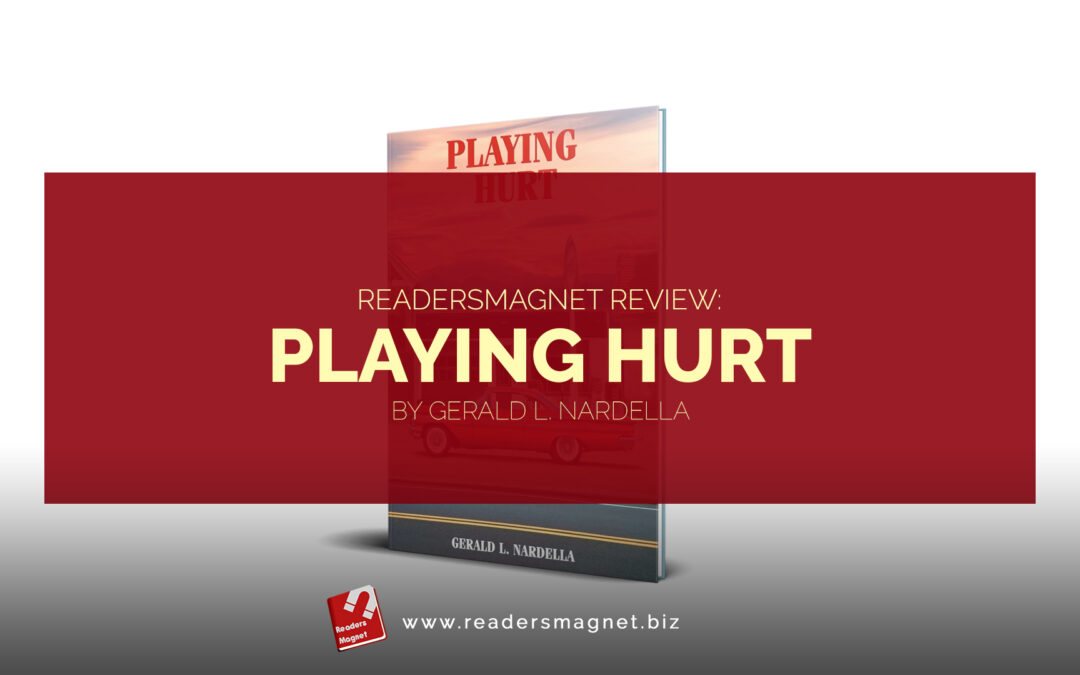 There have always been conflicting pressures in both boys’ and girls’ lives regarding any aspect of life. Gerald L. Nardella’s Playing Hurt is a gem of a story that made a great depiction of this through the association of real-life circumstances to better connect to readers.

First published in 2015, Playing Hurt is not a stereotypical romantic story about a boy and girl falling in love. Romance is not the only focus of the story but also the social pressures, violence, and other issues that young adults face. Nardella made good in mixing emotions of fear, love, angst, and insecurity on Playing Hurt book. This may be set in the 1960s, but it has a relatable storyline that anyone can get on board the book immediately.

The book follows the story of Football player Brian and cheerleader Deanie. Brian is in his senior year, and he wants to make the most of his last year. He thought he had it all, but everything was shattered in a blink of an eye. He was injured, and his girlfriend is avoiding him. Things were not easy for him. Add in Deanie’s ex, Bill, who, after being MIA, came rolling back in town. Brian was devastated upon learning that Bill forced himself on Deanie, resulting in her becoming pregnant. This left Brian with a heavy and broken heart. But after all the misgivings were thrown their way, can this young couple get past this and come out strong once again?

At an age where you have big dreams and a great life ahead, you don’t know when life will slap you with reality. Life is never easy, especially when you transition to adulthood. As quoted from the book, “It’s kind of like, damned if you do and damned if you don’t,” Deanie said. “There’s too much pressure not to screw these guys.” Gerald L. Nardella succeeded in portraying the realities of American high school life. Although this largely centers on teen relationships and dilemmas, other themes were tackled, such as pre-marital sex, life choices, frustrations, and expectations.

Teenage is the years where you are finding yourself and discovering things. This is an age of uncertainty in emotions and life. This is the terrifying truth of being a teen, and Nardella truly captured this fear and insecurities in his book. One can say that the storyline is incredibly realistic and accurate. Even the characters seemed real. All these things were all based on the personal experiences of the author. Living in a small town that offers little to no opportunity and role models, the fear and insecurity were rooted in him. Intensify these emotions he has by the uncertainty the future holds, and the pressures of emotions pushed Nardella to write this novel. These insecurities still haunted him to this day, and through this book, he wants to share that we all have the demons that we fight, and there is nothing wrong with that.

Playing Hurt gives a fresh take on young adult romance. There are plenty of lessons you can learn from the book. However, this tackles mature content, and viewer discretion is advised. In essence, this is a book that one must read before facing the harsh realities of adulthood.

Author Gerald L. Nardella was born and raised in Livingston, Montana. In 1962, he married his high school sweetheart, Peggy. The couple has two children, Michael and Terry. He earned his accounting degree from Montana State University in 1968. Before becoming a Certified Public Accountant (CPA), Nardella served in the U.S. Army. He worked then worked as an accountant in a national firm. He quit his job in 1974 to start his CPA practice, a firm in Billings.

Besides writing, his hobbies include reading, golfing, and working in his family’s cabin located in the Crazy Mountains. Playing Hurt is Nardella’s debut novel under the young adult romantic category.