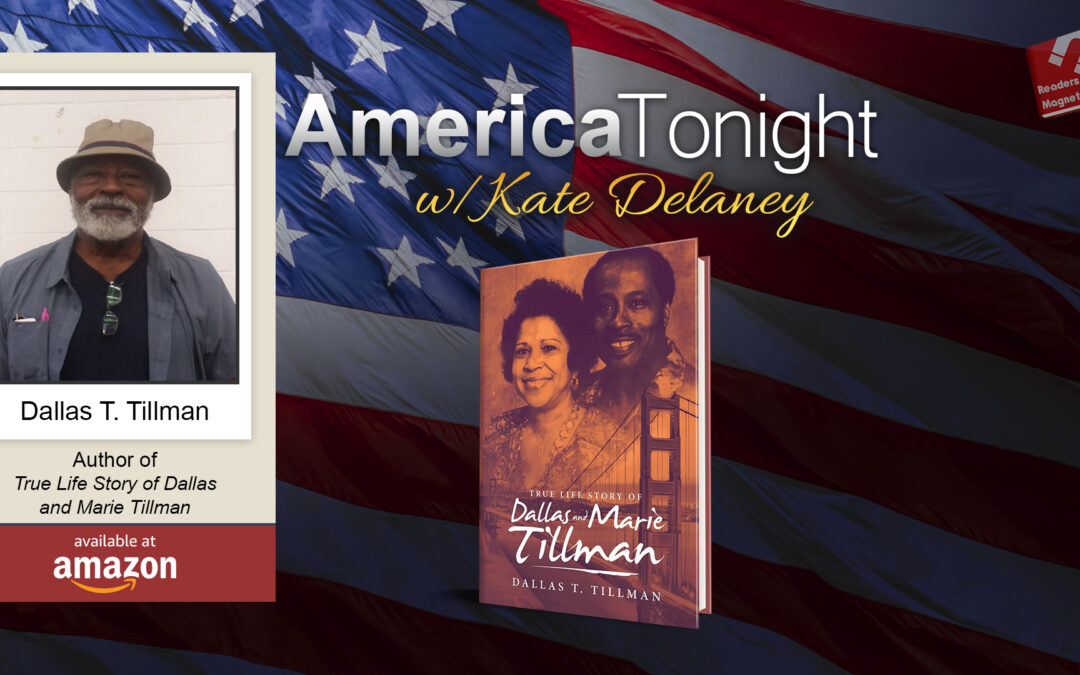 In his memoir True Life Story of Dallas and Marie Tillman, Mississippi born and California native Dallas T. Tillman shares stories about his life in the Magnolia State. His account of life in the Deep South moves readers to sympathize with the author who, as a child, endured a tough family life after his father left the family to return to Chicago. He had to grow up fast because he and his brother were left with all the farm work – raising cotton, corn, sweet potatoes, and other vegetables – as well as the care of their diabetes mother. (The family would later be reunited in California.)Dallas also shares some anecdotes, such as how he, as a kid, preached Jesus to the neighborhood kids and believe there was a god after seeing “the face of Jesus in the round, hot sun.”

Dallas recently appeared on America Tonight with Kate Delaney to talk about his book, as well as share the story of his life with Marie.

“Marie and I met in San Francisco in 1962,” Dallas tells his host Kate Delaney, “I was an encyclopedia salesman with The Book of Knowledge. I met a guy on my way to Hollywood. I had a Greyhound Bus ticket from Fairfield to Hollywood to do a singing audition. I had a singing group. When I was going single, I was going to Hollywood to audition for myself.

“The guy was in the restroom upstairs of the Greyhound Bus Depot. He said, ‘Do you want a job? ’We both were using the restroom. I said, ‘Yeah, I want a job.’ I had been off the bus for ten minutes. I guess he could see I needed a job as I was on my way to Hollywood, and definitely, he knew I needed a job.”

Dallas and the man would meet the next day for breakfast, and two days later, Dallas got a job as an encyclopedia salesman – a job that will lead him to a chance encounter – and eventual romance and marriage – with Marie.

“I started selling books, and I met Marie,” said Dallas, “She came to the door, and I asked her, ‘Would you like to buy The Book of Knowledge Encyclopedia? She said, ‘No, I might next week.’ I said, ‘Okay, I’ll come back next week.’

Dallas and Marie were together for 53 years and 8 months until the latter’s death from pancreatic cancer.“It was a beautiful life,” said Dallas.

What is the secret to their happy and long-lasting marriage?

“Live together at least six months a year to get to know your partner,” said Dallas. “Know his rules or her rules, and then you will have a successful marriage.”