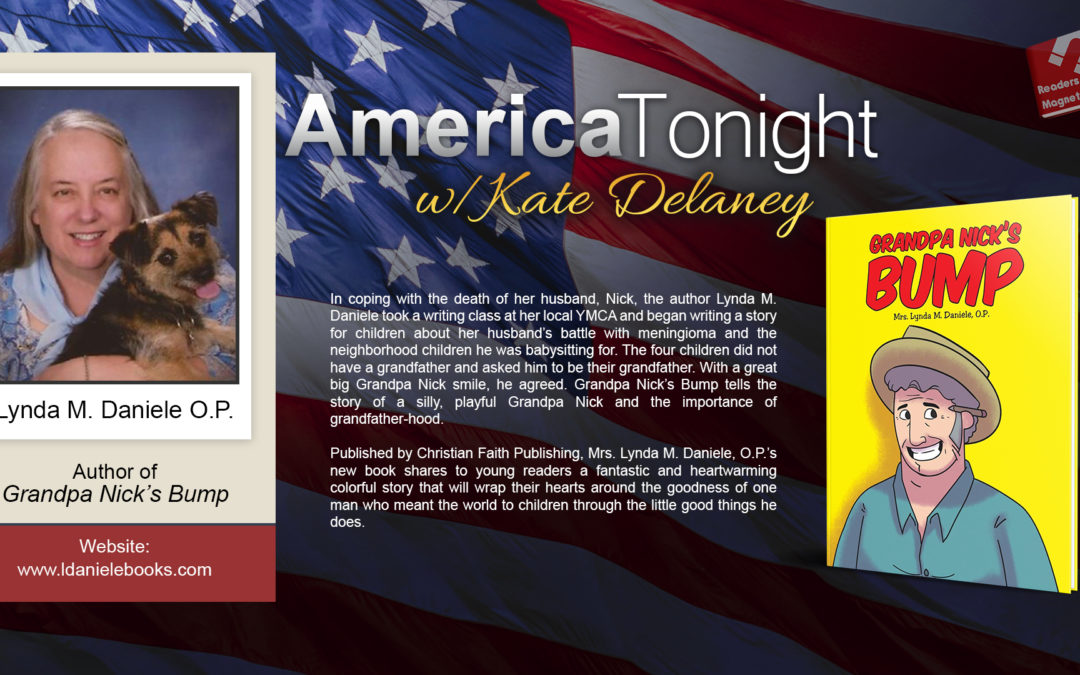 In this interview, Kate Delaney has Lynda Daniele talk about her husband, the titular Grandpa Nick, whom the children’s book revolves around, and how he was asked by the local children to be their grandfather figure.

The story behind Grandpa Nick and his bump

Grandpa Nick’s “bump” is actually a tumor. Meningioma to be specific- a rather large, external tumor which develops on the membranes within the skull which protect the brain and spinal cord. Lynda talks about how they went on a bus to Boston for Nick to receive surgery, in which he did- they stayed there for a total of 15 days throughout the whole ordeal. Lynda heartwarmingly describes how, prior to this major operation that Nick endured, some local kids from their neighborhood had asked Nick to be their grandfather.

4 months later, Nick passes away. In Lynda’s words, Nick is described as being cheerful the whole time and seeming as if he was getting better- even if he truly wasn’t. This kid’s book encompasses Grandpa Nick’s cheerful and heartwarming relationship with these children, how these children experience joy and happiness, and subsequently, how they handle and cope with grief, sorrow, loss, and death.

Lynda had taken the blank little books that she had made and had the words of each page written at the bottom of the page, leaving a blank space above it to allow for illustrations. She gave these books to the four children, and they drew the pictures themselves- they were part of this. When it came time to print it, Lynda wanted to be a scrap-like book with their drawings, however it became apparent that it was undoable due to pixilation and lighting. However, the publisher’s illustrator took these drawing and made their own beautiful illustrations, making it extra special despite taking a little longer.

Lynda talks about the research she did before approaching this topic- she had found multiple books out there about dealing with the death of pets and animals, but apparently there’s not enough children’s books out there that tackle the concept of the death of loved ones in particular. Lynda describes how, with their pets, they held mini funerals in their back yard in order to teach their children the naturalness of death and dying. Lynda believes that her husband Nick and his death were the main influences for her research.

Other projects in the making

Lynda talks about her upcoming projects that also involve her husband Nick, and potentially, a dog that came into her life. She says she won’t give too much away, so we’ll have to stay tuned for her next book.