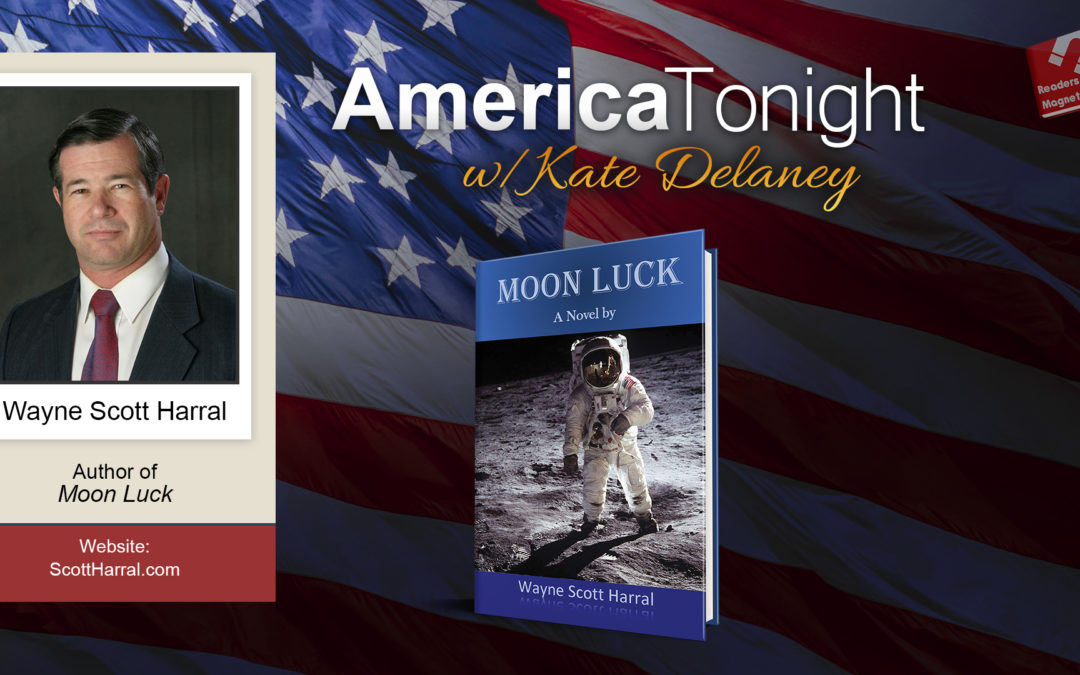 In this interview, Kate Delaney interviews author Wayne Scott as he talks about the backstory and origin tale of how he came to conceive the concept for his critically-acclaimed book, his book’s plot, and other details.

How it all began

Wayne has had years of experience in his time working as a coast guard officer and engineer, and his interest in writing began when a close coworker of his, whom he had known for over forty years, wrote a compelling murder-mystery novel set in Tuscany, Italy. Wayne explains that he and his wife had spent a significant amount of time in Italy- his wife was born there, and they own a settlement up in the Alps. Wayne wished that his colleague would better describe the visually stimulating beauty of the countryside’s landscape is vividly accurate detail, and thought to himself that if he were to write a book, he’d be more descriptive about the fine details. It was at this time it occurred to Wayne that he has a knack for writing about living in the moon, and he’s very good at it.“My experiences in life have been ‘do something, try something, don’t just think about it, do it.’”

MOON LUCK is the story of 30 astronauts living on the moon for extended periods. Wayne describes the story of the astronaut-scientists and astronaut-explorers as they grow plants on the moon, explore and find mineral ores, carry out experiments and research, and develop animosities as well as close relationships. When one of the base’s senior members dies in what appears to be an accident, the story follows the trail to discover the actual perpetrator, leaving us with the question: Is it murder if it happens on the moon?

Almost writing a script for Star Trek: The Next Generation

A friend of Wayne in the industry aided him in creating and submitting a script that he had written for Star Trek: The next generation. They held on to his script for around six or seven months, but it was returned to him when the project didn’t come to fruition- this was Wayne’s closest brush with making a little fame and fortune, however, that didn’t get him down.

A word for the listeners

“I would encourage your listeners to go out there and do things. Don’t be afraid.”