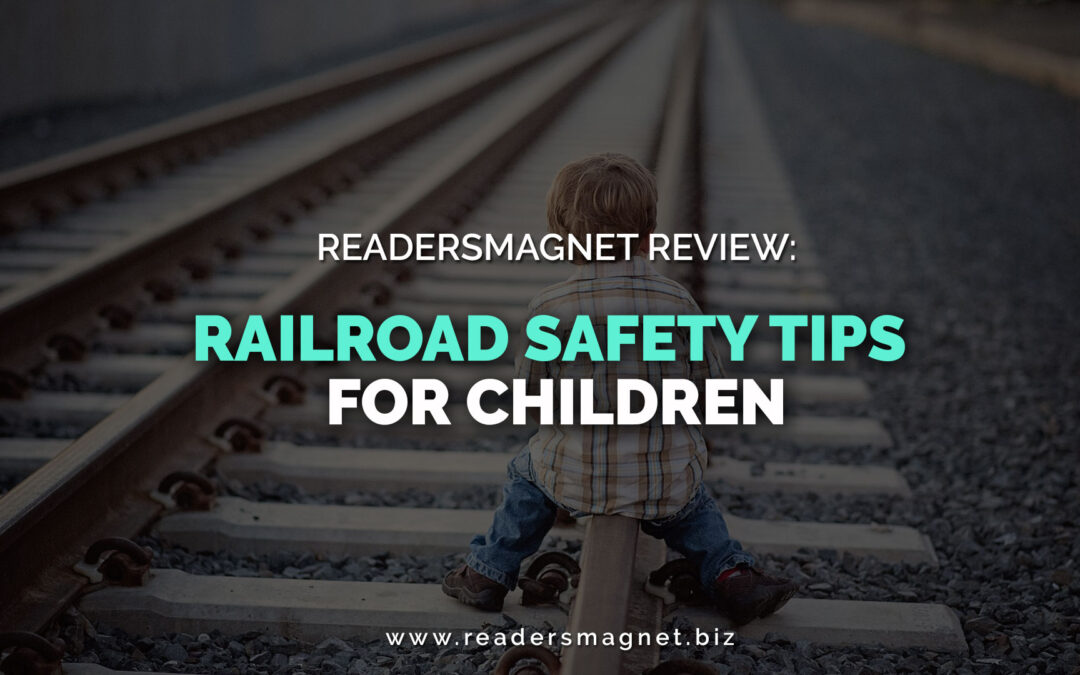 ReadersMagnet Review takes a look at railroad safety for children and young commuters.

Transport safety is very crucial, especially for young travelers. In the United States, millions of people travel using passenger trains and rapid transit. In fact, The New York City Subway is the largest rapid transit system in the world by number of stations (472 operating stations). On weekdays, the New York City Subway alone tallies over 5 million passengers. This is why railroad safety awareness is crucial for the people, especially those who commute daily using public transport. In the past, we have featured Keith Niles Corman’s Katie and Kenny Tour the Railroad. It is a children’s illustrated book about railroad safety for children by Corman. Today, we are going to feature essential railroad safety tips for children and young commuters.

Basic Facts and Trivias about Trains

Before we discuss railroad safety tips, let us know a few interesting facts about one of the coolest transportation modes in the planet.

A train is any vehicle with connected parts that travel along railroad tracks. They are powered by an engine that we commonly refer to as a locomotive. It can be powered either by steam, diesel, or electricity. Prior to engines, trains were powered either by humans, horses, or gravity. The first commercial steam-powered locomotive was built in 1812 by Matthew Murray. Years later, the first electric locomotive was invented and built by Scottish Robert Davidson in 1837. It was only in 1912 that the first diesel-powered locomotive became fully operational.

There are two common types of trains- the passenger train and a freight train. A passenger train is used to transport people to and from different locations, while a freight train is used to transport cargo and supplies to and from different locations. Passenger trains have one or more locomotives and multiple passenger cars. Trains are designed for short-distance (across cities) and long-distance (across states and countries) travels. In 2017, The United States of America had over 125,000 miles of railroad tracks.

These railroad safety tips for children are from www.safekids.org and are designed for everyone’s safety awareness when crossing railways and tracks.

2. If lights are flashing or the gate is down at a railroad crossing, wait for the train to pass completely, the gates to lift, and the lights to stop flashing before crossing. It is never okay to rush across and try to beat the train. Trains may be closer and faster than you think.

3. Allow enough space for your vehicle to completely clear the entire railroad crossing, not just the tracks before you attempt to cross. Remember, trains are at least three feet wider than the tracks on either side, so even though you clear the tracks, you may still get hit by the train.

4. If you are using a cell phone, headphones, or playing a game on your mobile phone, remember: Heads Up, Devices Down when you cross the tracks. Once a train starts to brake, it can take a mile for the train to stop. So, when you see a train, it’s already too late for it to stop for you. Headphones should be removed, so you can hear an approaching train.

5. Don’t be tempted to walk along the train tracks. It might be a shortcut, but it is dangerous and not worth the risk. It is also against the law to walk on the track and the land around it because it is private property.

-Always do the “Stop-Look- Listen” protocol whenever you are traveling (walking, cycling, etc.)
-Put away your gadgets first and focus on your travel. Smartphones, headsets, and other gadgets are sure to distract you from seeing or hearing an incoming train.
-Follow the markings all the time. Do not play or walk near railway tracks, yards, and tunnels as these are most likely hazard areas.
-Last but certainly, one of the most important- you can never outrun a train. So always avoid an incoming train and allow it to pass first before crossing.
Katie and Kenny is a children’s book by Keith Niles Corman that features two young kids on a trip to the train yard with their father. They are accompanied by their neighbor, who is an engineer. There, the kids discover the importance of railroad safety for everyone. Keith Corman is a former public servant, a huge fan of trains, and an advocate of railway safety.
To know more about Keith Corman, you can purchase a copy of the book or visit his website today.