ReadersMagnet Review: Romantic Thrillers You Can Give This Christmas 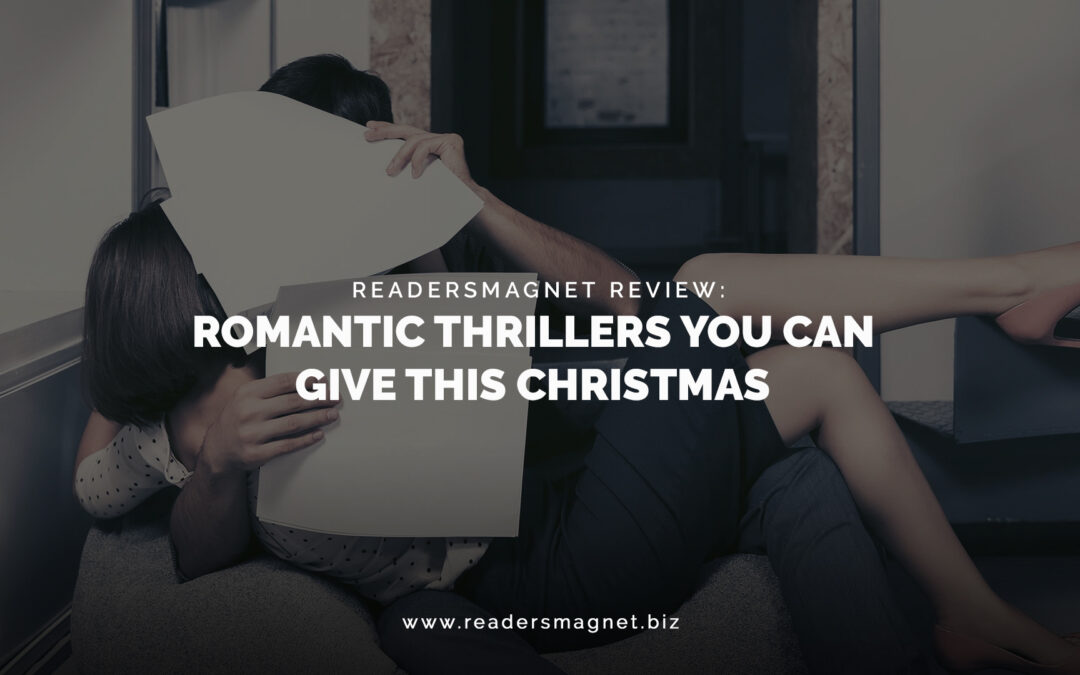 A romantic thriller can be a great gift this Christmas. Here are five books we think are worth reading.

The Obsession by Nora Roberts

Best-selling author Nora Roberts is known for her many romantic thrillers such as Dance Upon the Air (2001), Vision in White (2009), The Next Always (2011), and Whiskey Beach (2013), among many others. In 2016, she released The Obsession. The novel follows the story of Naomi Bowes, whose horrible past involving her father, Naomi desperately hides. Despite changing her name, building a successful career as a professional photographer living thousands of miles away from her childhood home, Naomi Carson (her new name) feels that she is slowly letting her guard down because of Xander Keaton and the kindly residents of Sunrise Cove. As she begins to open up to Xander, a ghost from her past is back to haunt her. Just like her other Nora Roberts books, The Obsession promises to be a thrilling read from start to finish, a worthy gift this holiday season.

Jasmine: A Woman of Color by Monique Boyd

This 2018 romantic thriller by Boyd: A Strong Woman of Color introduces us to Jasmine Moore, an executive assistant. Jasmine was recently widowed, but before his husband passed away, she discovered Mike’s infidelities. Before their marriage, both of them were single parents. At first, their union was almost perfect, and they were building a happy family, she discovered that Mike was cheating on her. Jasmine was planning her revenge when Mike died, and soon after, he also met Jason, a doctor whom she fell in love with. However, just as Jasmine is one her way to rebuild her family and give herself another chance at love, a mysterious person threatens her family and her. Jasmine: A Woman of Color is a chilling novel filled with drama and a surprising plot twist.

Before her father’s apparent suicide, Detective Rebecca North promised to leave her rural town and never come back. According to the official report, Rebecca’s father, a retired cop, shot himself, knocked over a lantern, which set his isolated cabin on fire. However, Rebecca cannot accept that his father would commit suicide. It is not the nature of good old Noah North. Reunited with Ash Haugen, the man whom she left behind, Rebecca starts an investigation of her own. Their efforts lead them to the home of Olivia West and her deeply troubled 12-year old daughter, Tori. Rebecca and Ash think that the child knows about the murder. However, Tori is too afraid to tell them anything. What follows is a series of surprises that also threatens Rebecca and Ash’s own secrets. The Dark Bones is an engaging thriller that is full of twists, romance, and puzzles.

Somewhere Beyond the Sea by Amanda James

Published in 2014, Somewhere Beyond the Sea is a romantic suspense novel that follows the story of a young doctor named Tristan Ainsworth. Ainsworth is a loving husband to his wife, Karen. He decided to return with his family to a peaceful Cornish village close to where he spent his childhood years. Tristan is determined to do everything to make his wife happy, and yet Karen seems withdrawn and disturbed. What follows is a series of blackmail and betrayal that is slowly destroying their marriage. Will Tristan be able to save Karen from her past, as well as their marriage? Somewhere Beyond the Sea is an intriguing and heartwarming story about love, acceptance, and acceptance. A fast-paced read that readers will truly enjoy.

Every Last Breath by Juno Rushdan

An action-packed thriller blended with an intense romantic narrative, Every Last Breath is a romance thriller like no other. It follows the story of Maddox Kinkade. Maddox is tasked with neutralizing a lethal bioweapon that could destroy the lives of millions. Knowing she needs help, Maddox turns to the one person she trusts, Cole Matthews, the love of her life who is also mad at her. Reluctant to help the person who “betrayed’ him, Cole has no choice but to work with Maddox to save the world. As the couple learns to set aside their differences and rekindle their old flame, they discover that time is running out, and they are dealing with a seasoned killer who knows a secret that could destroy them. Every Last Breath is filled with sexy and heart-pounding scenes that will thrill readers from cover to cover.