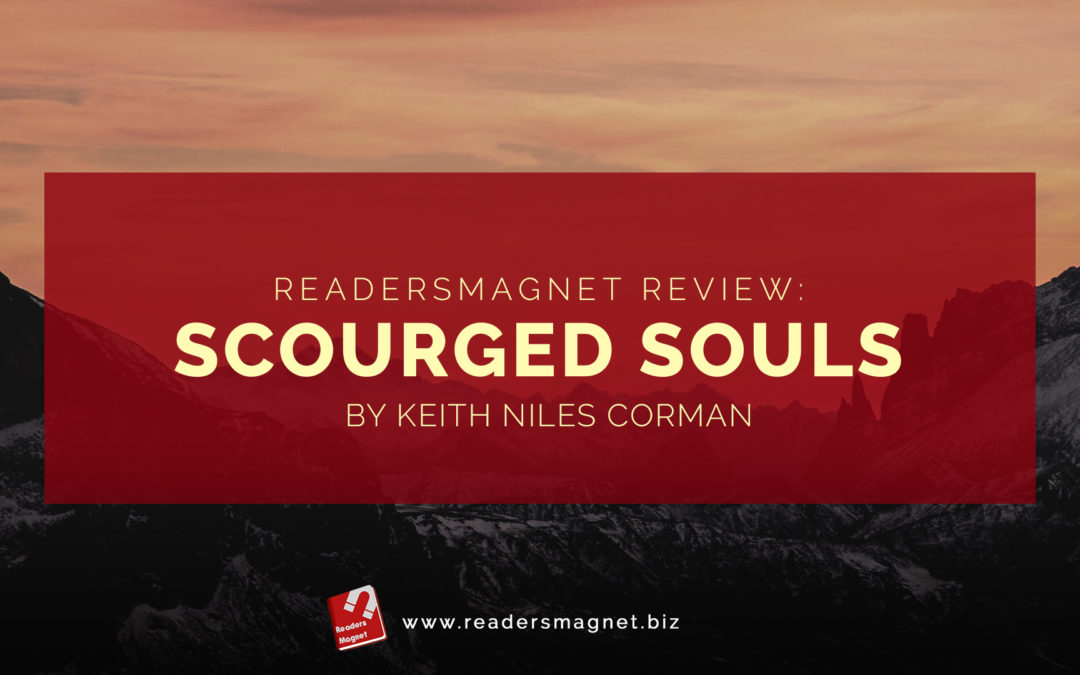 Scourged Souls by Keith Corman is a war fiction set during the last two years of the American Civil War.

The American Civil was only fought for four years, yet it is one of the most unforgettable moments in American history. It has claimed more than a million lives, civilians included. Many were displaced, imprisoned, and killed, either in combat or disease. Although there have been many books about the American Civil War, there are still many stories left untold. Events that did not necessarily take place on the battlefield but are a significant part of the war that torn many lives. Many communities far from the frontlines suffered the effects of war. There are many scourged souls, civil war victims whose narratives reflect the realities that many Americans experience during those times. Keith Niles Corman, whose book entitled Sourged Souls, hopes to tell the side of war we don’t often see or talk about.

Scourges Souls: Not Another War Novel

Scourged Souls is a war fiction by Keith Corman. Scourged Souls is set during the latter part of the American Civil War. The story takes place near Kennesaw Mountain in Georgia, the site of the famous battle in 1964. The story is told through several characters whose lives are intertwined because of the war. Through the letters sent by soldiers to their families, and vice versa we learned that the war is coming to their hometown. One of the main characters is a freed slave, Obadiah Washington, who works as a blacksmith. He soon discovers that many black slaves are being transported to Georgia to help build the defenses for the Confederate Army.

In this book, Keith Niles Corman attempts the give us another perspective of the war- those of the innocent people caught in the middle of armed conflict. Scourged Souls provides multiple points of view- the middle class, the soldiers, the workers, families of soldiers fighting the war, and the slaves. Through their narratives, we experience their realities as well as their emotions. It is a book that reminds us that in war, there are no victors. Nonetheless, Keith Corman’s story is also a story of courage, faith, and hope.

Scourge Souls by Keith Niles Corman is a successful portrayal of a historical event that until now has affected many lives. From the setting, plot, and characters, Corman takes us to the remaining two years of the civil war. It is war fiction that could pass for a memoir. The story riveting and the characters are people we can relate to. It is a war fiction that all students of history should read.

To know more about Scourged Souls and other works by Keith Nile Corman, visit his website today!

Keith Niles Corman is originally from Cincinnati, Ohio. Corman grew up in Lawrenceburg, Indiana, and lived there until 1975. Keith Niles Corman married and has one daughter Amanda K. Corman. His wife is Martha Gail Muncy.

Keith’s interests include trains, railroads, history, philosophy, politics, as well as faith. Keith worked for many years as a public servant. After thirty years, he retired and started a consulting company focusing on economic development and intermodal logistics.

Keith Niles Corman is also the author of the children’s illustrated book entitled Katie and Kenny Tour the Railroad.