ReadersMagnet Review: Swimming in the Ocean by Kathryn Coltrin 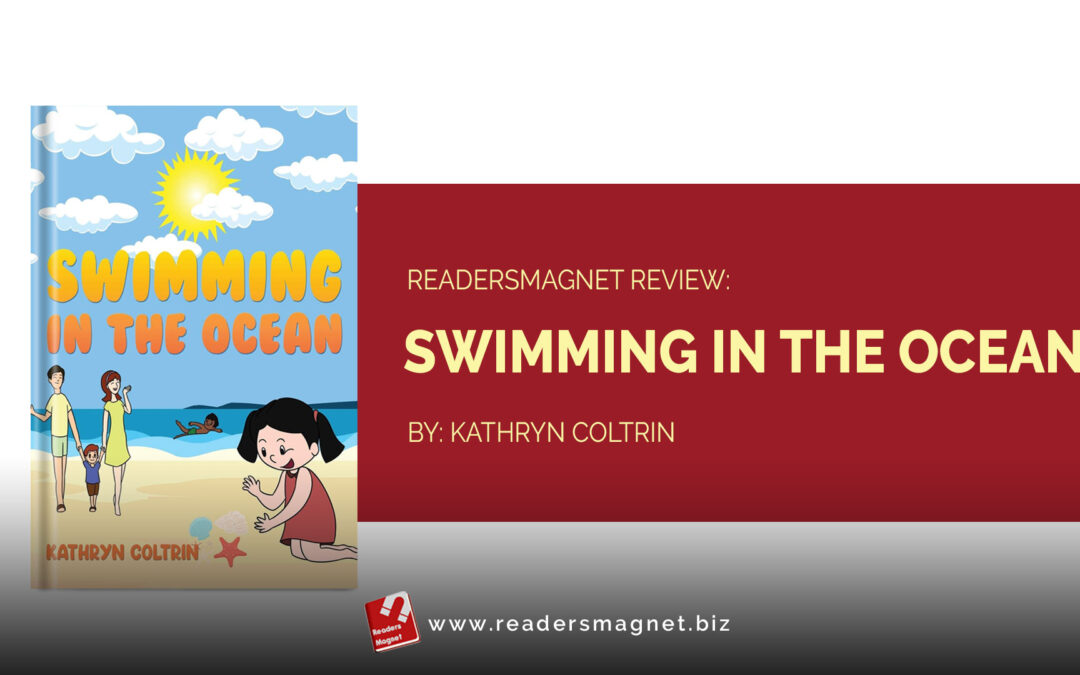 Swimming in the Ocean is a beautiful children’s illustrated book by inspirational author Kathryn Coltrin.

Childhood is all about fun, having no worries, and most importantly, spending time outdoors. Many of our childhood memories often have to do with playing outside with kids our age. For many of us, it is one of the most unforgettable times in our lives. Today, ReadersMagnet Review celebrates a book that features childhood fun and adventure.

Swimming in the Ocean by Kathryn Coltrin

Kathryn Coltrin’s Swimming in the Ocean is a simple book that celebrates our childhood and the various adventures we had as kids. Many of our childhood memories are all about moments with families and friends and outdoor activities- the beach, treks, and fun under the sun.

A Stitch in Time is a semi-biography and second published work by Kathryn Coltrin. It talks about the experiences we have and how they shape our relationships and personality. This book highlights Kathryn’s relationship with her grandmother and how she influenced Kathryn’s life.

Inspired From My Heart is Kathryn Coltrin’s fourth published work and her second collection of inspirational and devotional poetry. The book contains 24 remarkable pages, similar to her debut book, Written From My Heart.

Two by Two is a children’s storybook based on the Biblical story of Noah and his ark. It tells how Noah saved animals by inviting a pair of each in his great ark before the Great Flood. In this book, Kathryn Coltrin wanted to retell one of the most memorable stories in the Old Testament. It is Coltrin’s fifth book and the first of a series of children’s illustrated books.

Pirate Kids is Kathryn Coltrin’s latest work. It’s her third children’s illustrated book. It follows a group of four kids who wanted to go on a pirate adventure. Their quest is to ride through the neighborhood to look for a pirate treasure. Pirate Kids is a fantastic children’s adventure book.

Kathy Coltrin is an author and a poet best known for her inspirational and devotional works of literature. She earned her Bachelor’s Degree in Child and Family Development from Missouri State University in 2021. Kathryn is married to her husband, Walter, for thirty-six years now. Together, they are blessed with three amazing children, who gave her six grandchildren. Kathryn loves spending time with her grandchildren.