ReadersMagnet Review: The Adventures of Ivy and Kimber by Kimber Marie Snyder 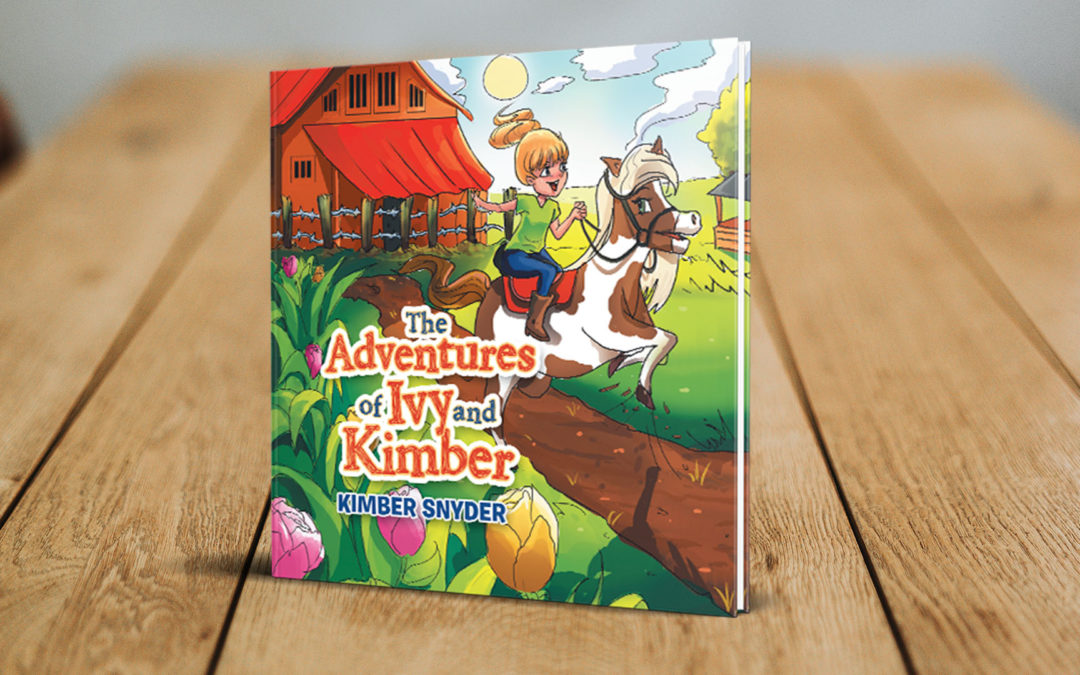 Why are animal stories so popular with children?

A simple answer would be like, “Animals make good stories.” Because if not, up-and-coming children’s writer Kimber Marie Snyder would not have published her debut book The Adventures of Ivy and Kimber (iUniverse; 2019).

Great story it is and the children’s book is based on a true story of a friendship between a young girl and her handicapped pony. The Adventures of Ivy and Kimber is a children’s or animal story so sweet and beautiful that it sells in the “Horse Care”, “Children’s Pet Books”, and “Children’s Horse Books” categories of Amazon Books.

Before Snyder’s The Adventures of Ivy and Kimber, numerous animal books appeal to readers worldwide, young and old alike, through the ages. These include the many fables attributed to Aesop, the fairy tales collected by the Brothers Grimm, the fairy tales by Charles Perrault, The Black Stallion by Walter Farley, Charlotte’s Web by E. B. White, War Horse by Michael Morpurgo, and The Ugly Duckling by Hans Christian Andersen. These animal books are well-loved because they are highly entertaining and they dispense timeless life lessons, as well as practical ones, and universal moral values, particularly love and compassion for animals.

On the prevalence of animals in many stories,June Reynolds, author of Ghost Dogs And Other Animal Tales of the West (ReadersMagnet; 2018) has this to say, “… Animals have an amazing effect on human beings. We love our pets and are in awe of wild animals. Every living thing from insects, to birds, to elk inspires us all in nature… Animals are part of nature—urban, rural, and wilderness. The relationship between animals and humans is uncanny. We have emotional ties with these creatures and animals have emotional ties and needs of us. We have found ways to make animals work for us in so many ways… Culturally, animals have entered into our folklore, history, and fables. Their use in stories has helped primitive cultures to explain the events and ways of the world. Besides stories, animals are symbolic and symbols are a strong force in human cultures. All of these things make up the relationship we have with animals.”

Why animals exist in many children’s stories? Or why animal stories are popular with children? It is because children can relate to animals as small, often powerless and helpless beings. By reading animal stories, children are more likely to recognize positive (and even negative) characteristic traits in animals than in humans.

In a chapter titled “Animals in Children’s Stories” of the book Cultural Zoo (edited by Salman Akhtar and Vamik D. Volkan), David W. Krueger and Lauren N. Krueger said, “The animals in subject matter found in children’s books reflect the emotional soul of a child. A children’s story is not concerned with the teachings of the real world but rather, to connect and confirm the internal processes of the child.”

What The Adventures of Ivy and Kimber is about?

As said earlier, The Adventures of Ivy and Kimber is based on a true story of a friendship between a young girl and her handicapped pony. Eight-year-old Kimber wants a pony just like her older brother, Mike, does. Mike has a pony named Buster.

Kimber is given a pony named Ivy, who is blind in one eye and has slightly bowed front legs. Despite her defects, Ivy is very much loved by Kimber, who rides her every day and takes good care of her. Kimber and Ivy are best friends and then they’re blessed with an extra special surprise.

Based on a true story, The Adventures of Ivy and Kimber tells how a little girl and a pony with handicaps become best friends through patience and time. The illustrated children’s book is filled with examples of positive morals and teaches children to care for their pets the best they can. It also instills in children the virtue of patience and the sense of hard work.

“My goals are to inspire readers to read and enjoy this true story,” said Snyder. “I want children to realize that if they work hard for something that their dreams can come true.”

Learn from the story of friendship between Kimber and Ivy. Buy the book The Adventures of Ivy and Kimber today on Amazon and Barnes & Noble.

Kimber Marie Snyder has a bachelor’s degree in nursing from the Slippery Rock University of Pennsylvania. She has had an everlasting affection for horses and enjoys riding them. Snyder currently works as a registered nurse and lives in the country near Franklin, Pennsylvania with four horses, seven chickens, and two Yorkies.