ReadersMagnet Review: The Book Of It by Scott Rahn 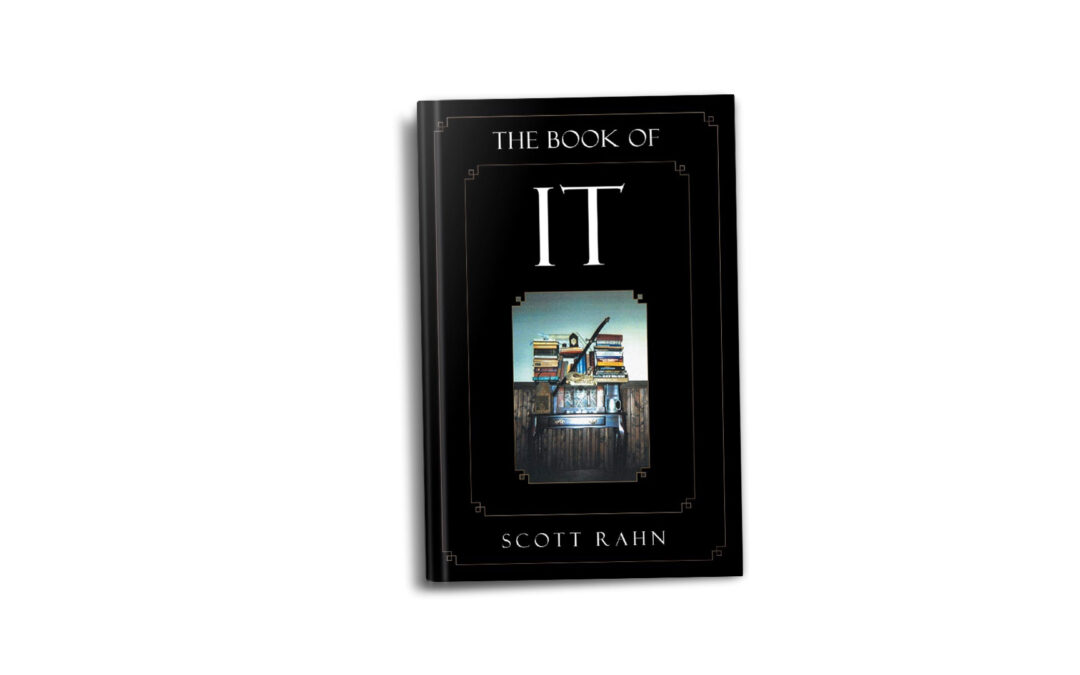 ReadersMagnet Review takes a close look at Scott Rahn’s The Book of It.

The past few decades have produced modern theories, interpretations, and historical researches. Many of these published works are products of personal research and various attempts to revise history, challenge preconceived notions, or offer a fresh take on existing concepts and governing ideas. Throughout history, this has always been the case. The only difference is that now we have the technology and tools to research faster, to cover multiple areas of study, and of course, fast access to publications and platforms. The Book of It by Richard Scott Rahn is a curious work that covers several fields, including religion, history, philosophy, and civilizations.

The Book of It

The Book of It is a 2014 modern philosophical book by Richard Scott Rahn. The book features a collection of essays that tackle history, religion, and philosophy. According to Rahn,

“This book, The Book of It, is not the ultimate and single explanation of what its author has uncovered by years of reading, research, and listening to the words and teachings of others. The fact is that the only part of It that can be described by a single strand within.

The Book of It explains, at times cryptically, the journey of its author through the strands of It that he himself has encountered – strands passing across history, through literature and religious texts and philosophies, and even into the legends of the world. It can easily be seen as the tale of unknown centuries of people easily manipulated by virtue of what they wish to have and how they are taught or led to obtaining it, along with what they are oftentimes kept willingly ignorant of as they unknowingly push an apparently undying school of thought and way of life crashing forward through time.

It is not so much the story of some grand conspiracy as it is the story of people blinded by imagined desires and glories. Individuals working at the same time, but neither with nor without the perceived aid of each other down the path to attaining. It contains a strand of common legends, stories, lessons, and teachings that are somehow known the world over. Stories of once-great empires and their cities and peoples now long forgotten, at least one great war, masters who exploited mass populations kept in ignorance, of the same monumental disasters, and the destruction of it all over and over so that another chance can be given to creation along with the chance to finally build a truly eternal civilization and culture and more.”

The book attempts to shed light on many non-traditional questions that the author encountered throughout his journey in this life. The author Scott Rahn puts forward a unique work that, to some, may sound a bit cryptic and disorganized. To present his readers with a comprehensive study, Rahn turns to religion, history, and a school of thought that pursues a deeper understanding of human existence. The Book of It contains thought-provoking ideas and concepts that are worth checking out. Richard Scott Rahn’s personal work contains a collection of short stories, dialogues, and tirades. It is an intriguing work of literature that is not common among its contemporaries.

To know more about Richard Scott Rahn and his unique book, check out The Festival of Storytellers, a virtual book fair from April 23 to April 25 and April 30 to May 2, 2021. Also, don’t miss Scott Rahn’s Author of the Hour session on Day 3 of the TFOS Virtual Book Fair, 3:00 pm to 4:00 pm.