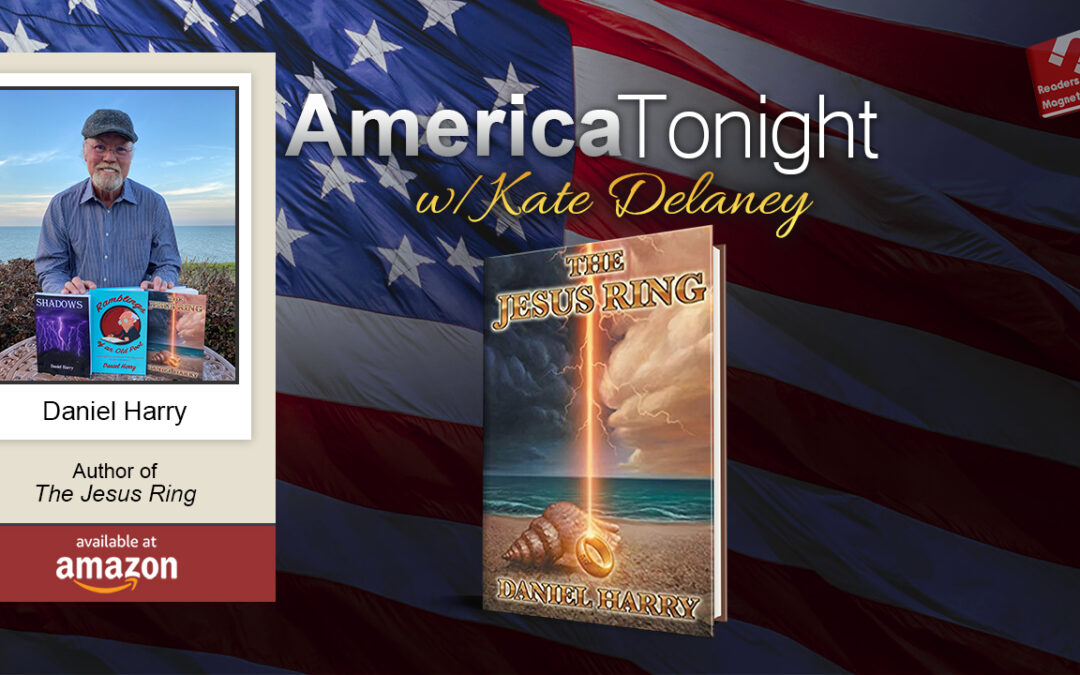 The Jesus Ring is a modern-day interpretation of the Book of Revelation, the final book of the New Testament and, consequently, of the Christian Bible. The apocalyptic fiction novel depicts the events leading to the Apocalypse, as foretold in Revelation, but with many twists. It tells the riveting journey of Peter Christian, a young American veteran struggling with PTSD, who finds an ancient ring – one that was last worn by God’s own son. As he slips the ring on his finger, his life changes – and humankind has a chance to be saved, as well as a fighting chance against Satan and his demons.

How a morning fishing trip inspired a novel

I was fishing early one morning in Galveston Bay in late summer of 2019. It was early enough to watch the dawn turn from gray to full sunrise and it was beautiful.

The fish were feeding, the bait was jumping as the saltwater predators fed, the egrets, pelicans, and seagulls were getting their breakfast, and the water was calm and as clear as it can get in this bay. There were several dolphin surfacing in the channel close to where the boat was anchored.

While I enjoyed the beauty of the sunrise and nature at work, I thought about the miracles we see every day but don’t recognize. Some foolish thoughts, some not so foolish. Thoughts like:
Are there any other of God’s creations that can marvel at the beauty I was seeing that morning? Do the pelicans have the same exhilaration as humans do at the sight of something beautiful and spectacular?

Does anyone but me wonder about the miracle that God’s Will made each of us; the plants, animals, and even the sunlight radiating from that huge yellow orb? Arranging the very atoms of each cell of our bodies in such a way that the they glom together to make an organism as complicated as our own human body to function as a unit. Forces, magnetism, and, attractions that are not understood by humankind that hold everything together and makes the organs of our bodies function with every other part of our bodies. Not the least of those organs being my eyes and brain that could marvel at the beauty of the morning sunrise and appreciate its beauty.

Does anyone but me wonder why our home planet, and all the planets of our solar system, were placed just at the right distance from our Sun so all living organisms can thrive. Our moon, the size and distance from the Earth specifically oriented to nurture all life on it. Without the moon, we would not be here. It is almost be design and it most surely was.

Then the thought occurred to me that “This won’t last”. The end of times has been foretold in the Bible and the book of Revelation, it had been foretold by Matthew, Mark, Timothy, Luke, John, and Daniel. Matthew warned us to “watch and be ready”. The apocalypse is inevitable and, once started, my days of peacefully enjoying a sunrise may be over. I am not a fatalist but I am a firm believer in the Bible. Including 2 Peter 3:14 through 3:16 that states “all His messages, speaking in them of these things, in which are some things hard to understand, which untaught and unstable people twist to their own destruction, as they do also the rest of the Scriptures.” To me, this means there are people that purposefully will change the written scripture or teach parts of the scripture to their own design and purpose, leading up to the End Times. Daniel talked about the current ills that could set the events of the Apocalypse.

We are starting to see the events that were forecast that will eventually lead to Armageddon. The “wars and rumors of wars”, earthquakes in places that have never quaked and far from any tectonic plates, volcanoes that have become active after thousands, and sometimes, hundreds of thousands of years of inactivity, the unrest, famine, and diseases never seen before. These, among others, were all predicted.

Who is Peter Christian? What’s his role in the Apocalypse?

“Peter is a modern-day veteran from the War on Terror inAfghanistan. He suffers from PTSD due to his experiences there. Like so many of our veterans, he turns to the medications, anti-depressants, and alcohol to alleviate the symptoms until he finds the Ring, or rather, the Ring finds him. The Ring heals his body and mind from the multitude of symptoms associated with PTSD and gives him a direct link to God. He can talk to Him and have a conversation directly with Him. The Ring would change him not only mentally but also physically. It clears all of his mental issues and diseases.

“Peter is assignedby God to embark on this adventure as the first apostle. You might say he was drafted by The Ring. It would seem that God needs a warrior instead of a pacifist to prepare the world for the upcoming battle and prepare the way for Jesus’ return. He’s not necessarily the rider of the “pale horse” but being chosen by the Jesus Ring triggers the advance of the pale horse in the Bible.”

Why read “The Jesus Ring”?

“It’s a good read. I tried to follow the predicted events leading up to Armageddon as close as possible. The Jesus Ring follows a lot of what’s going on in the world right now. I took some liberties with the science fiction. All science is fiction until science proves it and then it becomes fact.

All of the sciences involved with the fantastic machines for food production, medical equipment, weaponry, and flying machines I’ve mentioned in The Jesus Ring are theoretically feasible.

There are some of my own thoughts of how the world’s finances will crumble and why.

There is some fantasy with Satan’s “harvester’s”,huge carnivores that actually feed off the non-believers and transport them back to Satan’s home to be used as feed stock for his minions…

I even added some theories about where and why the dinosaurs originated and became extinct.

Experience apocalyptic fiction as if it has never been written. Order Daniel Harry’s The Jesus Ring today on Amazon https://www.amazon.com/Jesus-Ring-Daniel-Harry/dp/1645597288/