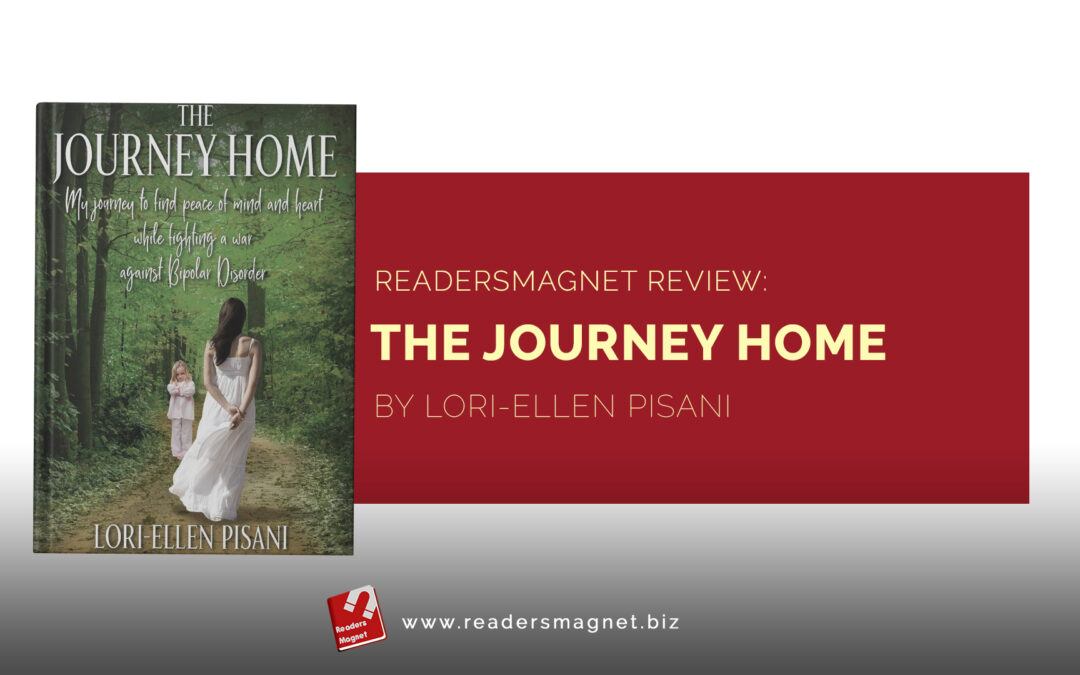 The Journey Home provides a descriptive account of the highly misunderstood bipolar disorder by Lori-Ellen Pisani.

Millions of people, including well-known figures, are living with bipolar disorder. Despite that, only a few are aware and understand this mental health condition. Bipolar disorder is a mental problem marked by extreme shifts in mood, energy, and a person’s ability to function. People with this experience intense emotional states that typically last hours, called mood episodes. This is not a rare condition, but it is often ignored and misunderstood due to the difficulties in diagnosing such a condition. Bipolar disorder is a lifelong illness, and there currently is no cure. Today, Lori-Ellen Pisani will show that you can manage and live with it.

The Journey Home: My Journey to Find Peace of Mind and Heart While Fighting a War Against Bi-Polar Disorder is the complete title of Lori-Ellen Pisani’s bittersweet but enlightening memoir. It was released in mid-2018 and has since received astounding reviews from readers for its realistic views. This literary work is written and infused with emotional pain and family conflict, triggering a strong emotion from within.

The Journey Home presents Lori-Ellen Pisani’s life of being grappled by an enemy that was not only invisible but powerful. This enemy lives deep inside her head, which torments her every single day. Disappointments, arguments, conflicts, and depressive episodes all crash down on her, leading her to think that maybe suicide is the only way to escape this intolerable suffering.

Having been undiagnosed until her early thirties, Pisani had a rough time managing her condition. She feared that this diagnosis would cause serious jeopardy in her life, family, and career. She leans to God, who is a strong presence in her life. With bipolar disorder being misunderstood and people intolerant of this, she is terrified that parents will see her as a threat to the children she teaches and cares for. She then shares to the world her secret war to save her life.

The book does tackle not only her condition but also other battles she won: abandonment, emotional abuse, sexual abuse, divorce, and cancer. This powerful memoir is a story of the path she took to find the lost little girl inside, who had been screaming for help for so long. With honesty and strength, Pisani conveys what it really means to manage an enemy who lives with her every day. She hopes her story can offer hope and understanding.

The Journey Home takes readers on the path Pisani walked in that constantly rises and crashes down over the years until peace of mind is found. Pisani’s work aims to spread the word that people with bipolar disorder can still lead full and productive lives. She relates her story of learning how to endure the process of finding and accepting help rather than succumbing to the pain bipolar disorder brought.

The pages of this book offer more than just the brave pen of someone navigating life with bipolar disorder; The Journey Home also provides inspiration to others fighting a similar battle.

Lori-Ellen Pisan worked for thirty-three years as a teacher and assistant principal in her community elementary school. She was responsible for 500 students and staff. Her dedication earned her numerous recognitions and awards that always came with a double-edged sword. She wouldn’t be able to serve if it weren’t for the help of her psychiatrist and therapist. The ongoing stigma over bipolar disorder has always put her career and reputation on the line. Yet, she soldiered on battling her condition that sent Pisani into periods of tremendous creativity and multi-tasking mastery to episodes in an instant. Now that she’s officially retired, Pisani soars from the exciting, energetic pinnacle of mania to the crash of depression, as she shares the realities of managing the highs and lows and her hopes for her future through her inspiring story.