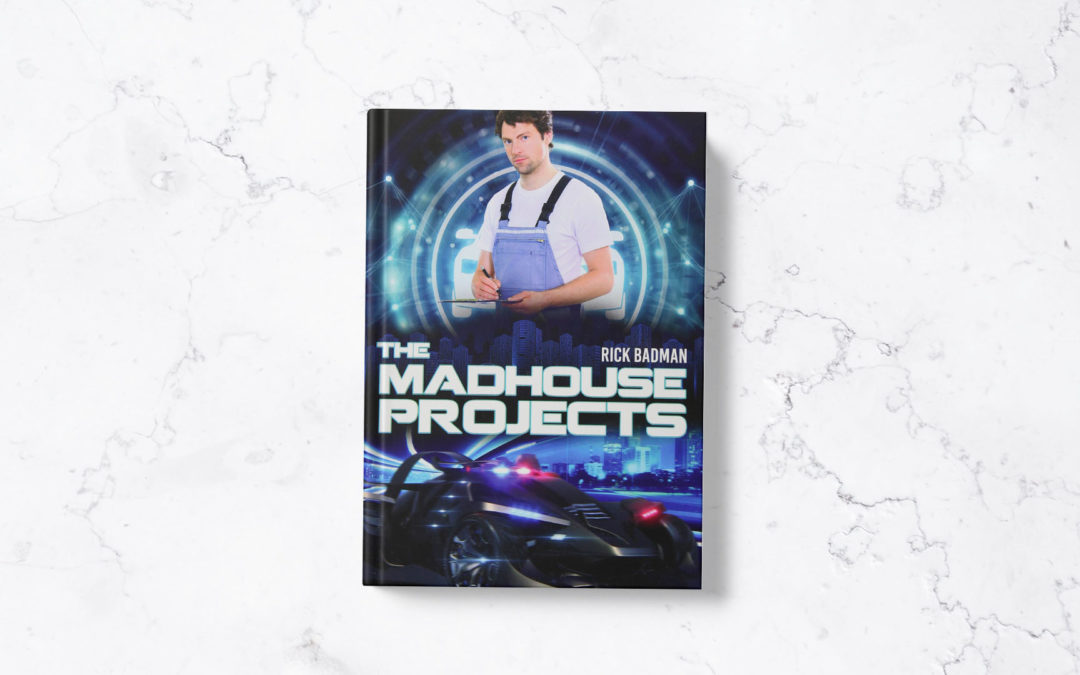 As in the case of The Madhouse Projects, there are already technologies that – or technologies are developed to – repair damaged body systems and eliminate all forms of diseases, such as AIDS, cancers, and viral infections. There are also existing or developing technologies to fight the drug war and create alternatives to drugs (through the “drug replacement systems”).

Of course, technologies are not only being used or developed to make the world a better place but also for recreational purposes. The protagonist, Dick Thurman, wants to invent the flywheel-powered electric car to race in the Indy 500.

As a near-future sci-fi novel, The Madhouse Projectsfeatures high level of real science and technology that are natural progressions from existing ones, thus advancements are utterly real and believable as if they could happen today, tomorrow or next week. After all, the story takes place in a world much like our own and stars people just like us, folks that we can easily identify with.

What The Madhouse Projects is all about?

The Madhouse Projects, as Badman describes it, is “a blueprint for a fantastic future”.It tells the story of automotive engineer and devoted Christian Dick Thurman who is dismissed from the University of California at San Francisco. He is then hired by a mystery man called the Boss to work at the Madhouse, an underground research and development installation in Arizona and “probably the sanest place in the world”.

The different departments at the Madhouse work on projects that are meant to make the world a better place. Dick heads the automotive technology department, where he finally gets the chance and freedom to work on flywheel-powered electric cars, one of which he would later drive at the Indy 500.

Karen, his wife, develops a virtual reality program that extracts information out of Hector Castillia, a South American drug lord who nails people with drug charges. She also develops a vaping system that allows people to experience good “mind trips”.

Aside from The Madhouse Projects, he has completed five sci-fi books (two published, two unpublished):

The Russian Madhouse, a sequel to The Madhouse Projects

Who is Rick Badman?

Rick Badman was born on March 21, 1956, in Warsaw, Indiana where he still lives. He is an avid sci-fi enthusiast. He began writing sci-fi stories half a century ago. In eighth grade, he started writing sci-fi books to practice writing long stories. He also carried his interest to broadcast media, doing short weekly radio features about science fiction from 1979 to 1982 and a cable TV program about future technology and ideas from 1985 up to 2012.

Since 19743, Badman is a voracious writer of letters to the editor in his hometown of Warsaw. Over 300 of them have been published since 2013.