ReadersMagnet Review: The Witness Unfolding the Anatomy of a Killer 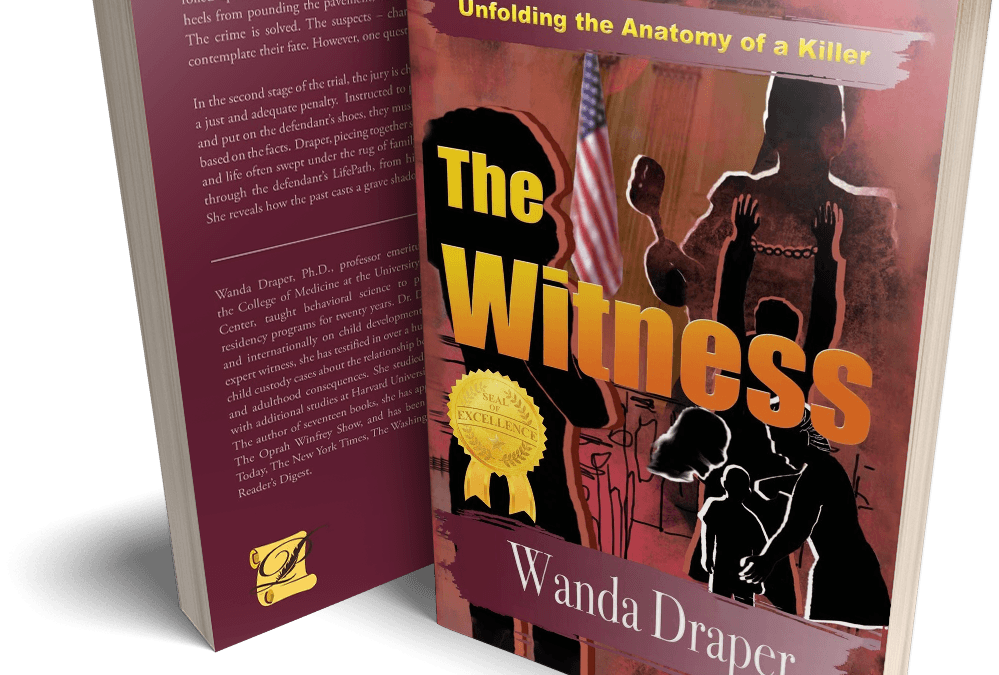 Wanda Draper’s The Witness reminds us that no one is born a criminal. Even the most cold-hearted murderer was once an innocent child.

Despite violent crimes declining over the past quarter-century in the United States, most Americans still believe that crime is still rampant all over the country. Most of these crimes are violent, often ending in death and serious injuries. Everyone wants to know why people commit murders or homicide. That is the reason why true crime shows on television are quite popular among adult viewers.

Dr. Wanda Draper, a professional expert witness, and a behavioral scientist have worked on over a hundred murder trials. She has encountered different types of murderers and she believes that most of them are not evil by nature. They were once normal kids playing with other children with hopes and dreams, seeking opportunities in life. In her book, The Witness: Unfolding the Anatomy of a Killer, Draper shares some of the most memorable murder cases from her 30 years of experience as a behavioral witness to these trials.

In her first case, Wanda dealt with two siblings-ages four and six. They had witnessed their father shot and killed their mother. It was during this time that Wanda’s career as an expert witness began.

Unfolding the Anatomy of a Killer

Dr. Wanda Draper shares her knowledge as an expert witness to murder trials and compiles them into non-fiction that reads like a novel. The Witness: Unfolding the Anatomy of a Witness features some of the most memorable court trials involving the death penalty. Dr. Wanda Draper has worked in over 100 cases during her career. Dr. Draper’s highlights the question of whether there is genuine justice for the murder victims. The book poses the question: Which is the more just punishment, death penalty or a life sentence with no parole?

For more than 40 years, DR. Wanda Draper has worked with families and children of murder victims on a developmental level in order to reconstruct the chilling and shocking sequences of circumstances leading to these crimes. Draper examines the factors as well as the aftermaths and trauma left by these murders.

‘The Witness’ pieces together shards of personal circumstances and critical life events so often swept under the rug of family shame and neglect, “revealing how the past casts a grave shadow over the future.” -Wanda Draper

What makes The Witness an interesting read is how it was written. There have been numerous non-fiction books that feature real-life cases and highlight the drama inside courtrooms, but Wanda Draper’s masterpiece both enlightens and provides readers with a remarkable literary experience. Reading the book reminds us of John Grisham movies but with emphasis on the defendants and their background. Draper’s novel focuses on the internal workings and the evolution of a criminal mind.

Dr. Wanda Draper’s The Witness: Unfolding the Anatomy of a Killer provides a glimpse of the not-so-familiar aspects of the justice system. Furthermore, the books offer a peek inside each convicted killer’s mind and what drove them to commit murder. The Witness contains accounts of real murder cases. The emotions are very real, making the book a truly unique and enlightening experience.

Wanda Draper, Ph.D., is a professor emeritus of the College of Medicine, University of Oklahoma. Draper also studied at Texas Woman’s University, with additional studies at Harvard University and in Geneva, Switzerland. She is an expert witness in over a hundred capital murder cases. Wanda Draper is the author of 16 books. She has appeared on television, including The Oprah Winfrey Show, and has been quoted in CNN News, USA Today, The New York Times, The Washington Post, Parent magazine, and Reader’s Digest.