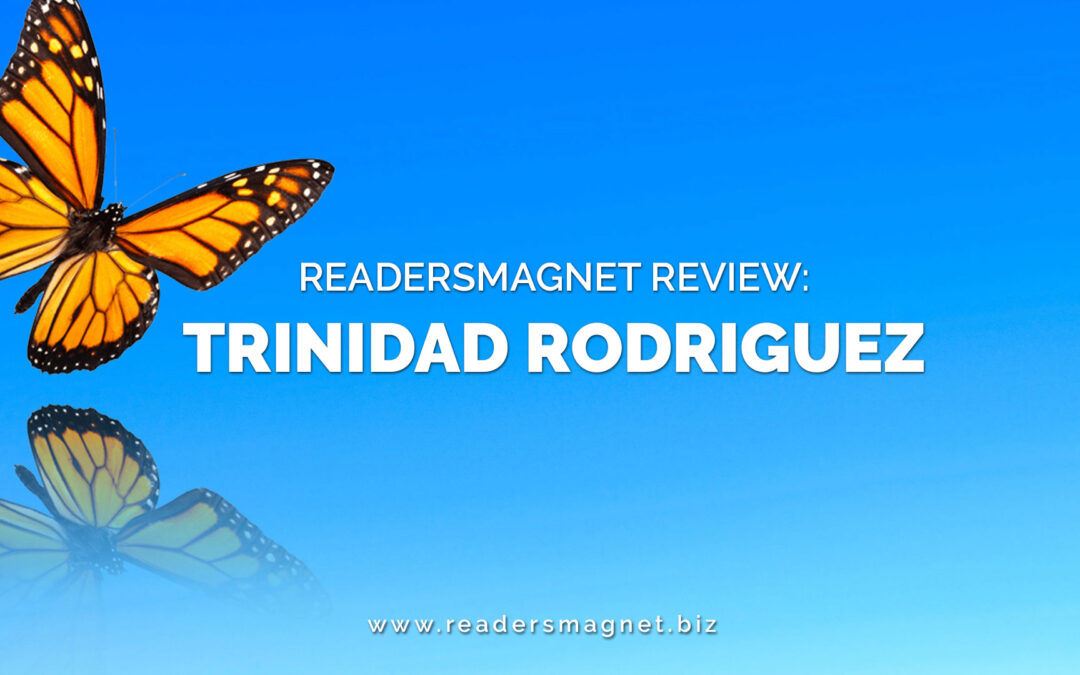 ReadersMagnet Review takes a closer look at the life and poetry of Trinidad Rodriguez.

Inspirational poetry will always have a special place here in ReadersMagnet. In the past, we have featured several works of poetry, many of which center around faith and inspirational life journeys. One of the books that we have the privilege of presenting in the past is Trinidad Rodriquez’s heartwarming poetry book, Trini: My Life in Poems. The poems in the books are personal and talk about Trinidad’s journey of struggle and finding solace and hope in her faith. Today, we will get to know more about Trinidad Rodriguez: the woman, the mother, and the poet.

Trinidad Rodriguez is from Texas. She is the oldest of six children. Trinidad went to school at Bowie High School. It was here that Trinidad showed her brilliance and potential. Her teachers encouraged her to finish her studies and pursue her dreams. In 1962, Trinidad Rodriguez graduated as a high school Valedictorian. Despite marrying at a young age, Rodriguez was determined to pursue high education and eventually obtained her bachelor’s degree from the University of Texas in El Paso. She was only twenty -years old at that time. She would later earn her Master’s degree at age thirty-eight. One of Trinidad Rodriguez’s childhood highlights was the constant pressure from her father to marry someone who can support her. Despite being pushed to settle into a domestic role, Trinidad fought her way and achieved her goal of educating herself, which would later give her a career and impact the lives of many others in her community. Trinidad Rodriguez never allowed her status as a single mom to be a hindrance to her dreams.

Trinidad Rodriguez married at a very young age. However, her marriage failed, leaving the young Trinidad with the sole responsibility of raising her three children, two girls, and a boy. Betty, Liz, and Raul became her motivation. Trinidad worked hard to build her career while performing the tasks of being a mother and a father to her three children. After getting her bachelor’s and master’s degrees, Rodriguez worked to become an honored teacher. She became a full-time teacher for the Ysleta Independent school district and is also a licensed professional counselor with her own business in San Marcos, Texas. Aside from her duties as a mother, teacher, and businesswoman, Trinidad is also a volunteer with the YWCA (Young Women’s Christian Association). Her volunteer work as a teacher and counselor has impacted many lives and was recognized by The Volunteer Bureau and the community. Today, even at her age (72), Trinidad Rodriguez continues to dedicate her time, energy, and wisdom to her community.

Aside from being a mom, a teacher, a community volunteer, and an author, Trinidad Rodriguez is also a proud grandmother. In her book, Trini: My Life in Poems, we meet Robbie, who wrote the touching foreword.

In 2015, Trinidad Rodriguez published a memoir in the form of a poetry book, Trini: My Life in Poems. It is a collection of poems that reflects Trinidad’s personal journey, struggles, as well as victories, and redemption. Divided into chapters, we get a glimpse of Trinidad’s character as a woman, as a dreamer, and as a human being through this light but compelling poetry. The book highlights what’s like to be a woman, in particular as a single mom with dreams for herself and for her family. Readers will be introduced to different perspectives of hope, courage, faith, and determination through each poem. Trinidad Rodriguez’s Trini: My Life in Poems is a 118-page poetry chapbook that every woman should read at least once in their lifetime.

For those who want to catch more of Trinidad Rodriguez and her book, Trini: My Life in Poems, don’t miss ReadersMagnet’s first-ever virtual book fair, The Festival of Storytellers. Trinidad Rodriguez is among the authors participating in the said event. The virtual book exhibition will run from April 23rd to April 25th and April 30th to May 2nd, 2021