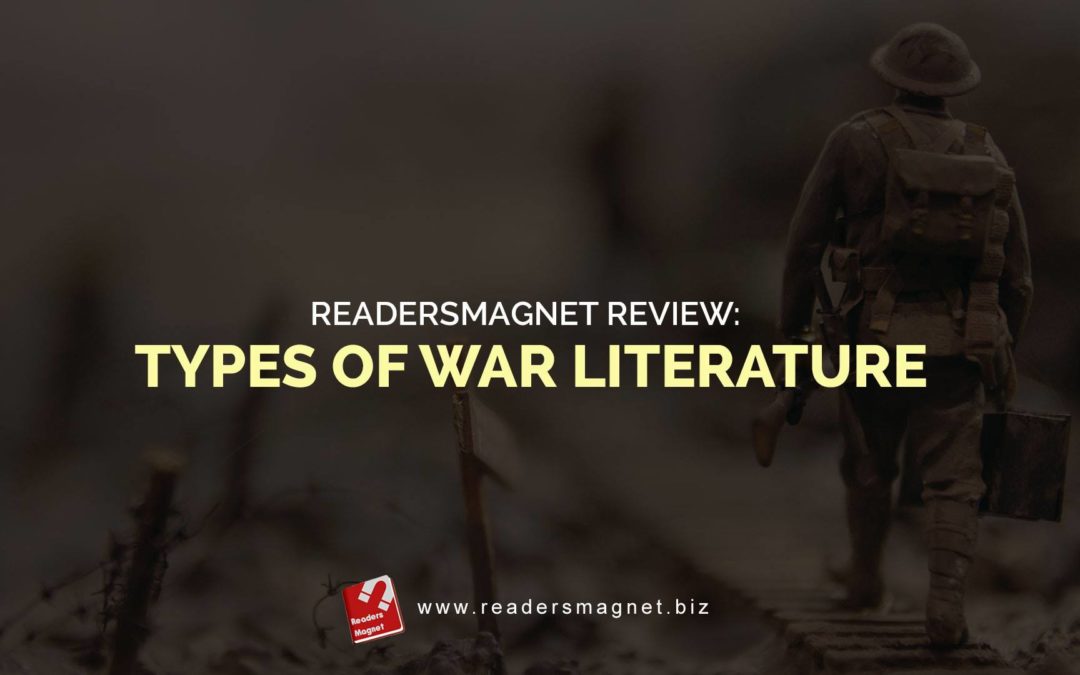 Over the years, war narratives have evolved beyond the front lines and actual battle scenes.

Telling war stories have always been mankind’s business. From the ancient epic poetry of Homer (The Iliad) and Virgil (The Aeneid) to the romances and satires of early modern Europe (The Faerie Queene and Don Quixote) to Hitler’s journal (Mein Kampf), up to the contemporary narratives by Olliver Stone (The Platoon), and Rusty Bradley and Kevin Maurer (The Lions of Kandahar), the stories of war never lost its charm. The past decades also saw the evolution of war literature. It’s no longer confined to the gruesome tales of arm conflict and martial narratives. It has grown into a wide genre covering non-fiction, historical fiction, court drama, post-war stories, autobiography, memoirs, and social commentary. ReadersMagnet takes a glimpse of a number of war genre sub-categories and how they continue to impact our views about wars. Below are categories of war literature that we think are worth checking out.

Although memoirs and biographical stories are quite similar, we decided to put them in separate categories. The reason being is the timeline. Memoirs cover a certain period of the author’s life while an auto/biography is a chronological order of one man’s life. In this category, we focus on stories that focus on a significant period. War memoirs usually involved their time in a war zone or tour of duty. Some of the recent examples include Weapons of War by Robert E. Wright (2018), One Bullet Away by Nathaniel Fick (2005), and A Long Way Gone by Ishmael Beah (2007).

The recent international wars in Vietnam, Afghanistan, Iraq, and other parts of the Middle East saw a significant rise in post-traumatic stress disorder cases, mostly among military personnel. These also influence the publication of many PTSD narratives, both from patients and witnesses. Post-Traumatic Stress Disorder has affected the lives of many Americans with millions of suffering or showing signs of PTSD. Some of the remarkable works about PTSD include Fields of Combat by Erin Finley (2011), American Sniper by Chris Kyle (2012), and Standing Still by S. Foster (2015).

Biographical drama and novels are among the most popular subcategories. For the past ten years or so, many biographical and autobiographical works have been published and turned into films. Many of the stories featured include the war in Afghanistan, the Vietnam War, and the Iraq War. Although most stories highlight a certain incident or period of the subject’s life, they feature the subject’s life story from childhood to the present. Some of the famous modern biographical war drama include Jarhead by Anthony Swofford (2003), Lone Survivor by Marcus Luttrell (2006), and The Luckiest Man by John McCain (2020).

Another interesting sub-genre is the war historical fiction. These are fiction stories that make use of real war events in order to tell their own imagined stories. They feature real dates, events, and even prominent war figures. Many novels under this category have gain critical and commercial success. Some have even spun films and television series. Among the remarkable works of military historical fiction include All quiet on the Western Front by Erich Maria Remarque (1929), The Night Watch by Sarah Waters (2011), and A Farewell to Arms by Ernest Hemmingway (1029).

There are still several categories under war/ military literature and they all draw interest from readers across ages. Simply put, the war and military narratives will always provide a thrilling experience not only because of armed conflict, but more importantly because they are filled with human emotions- passion, rage, fear, doubt, hope, faith, and courage.

To know more about Robert E. Wright’s Weapons of War, grab a copy of his book, or visit his website today.