Remarkable Books About Women Empowerment You Can Give This Christmas 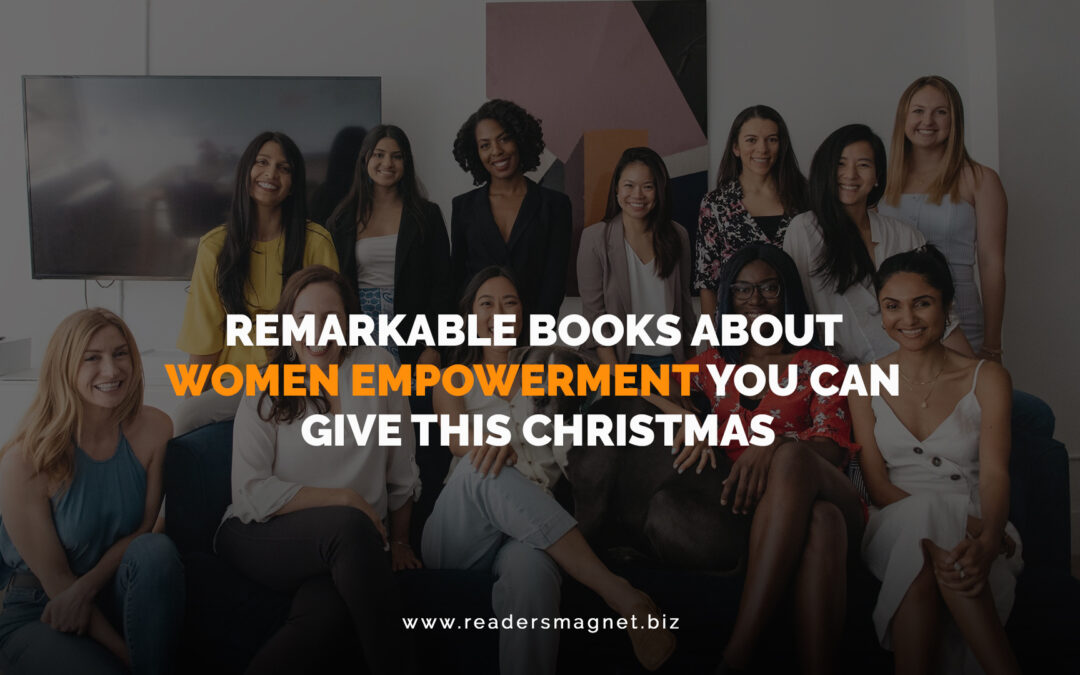 Here are five inspiring books about women’s empowerment that you can share this holiday season.

We Should All Be Feminists by Chimamanda Ngozi

Our list begins with Chimamanda Ngozi’s 2014 biography-essay that explains and analyzes what a feminist is. In her book, Ngozi believes that the term “feminist” is not only for women but for all those who believe in the promotion of equity and equality between men and women in aspects of society. Ngozi debunks the idea that women’s liberation and empowerment means to reverse the role of genders and, worse, to make men inferior or submissive to women. We Should All Be Feminists is a book that reiterates the call that in order to create a better society for women, children, and everyone, women’s rights must be upheld at all times. Only by providing equal opportunities for all genders can we truly reach a progressive and peaceful society.

Patchwork: Conversations between Generations is an inspiring book by Carol Wilson-Mack. It features the stories and lives of a community of women in rural Bamberg, South Carolina, between 1939 and 1959. The community’s main pastime in quilting, and it was because of this activity that they began to interact and, in a way, bridged the gap between young and old. The idea that Patchwork encourages between generations is the sharing of ideas, experiences, victories, and lessons as means to build solidarity and community. Patchwork encourages readers to appreciate stories and exchange of ideas as they are important tools in educations and finding wisdom. Lastly, it is a work that will remind us that no matter the gap in age and status, a community must learn to be inclusive and learn from each and everyone in order to prosper and leave a legacy behind.

The Moment of Lift: How Empowering Women Changes the World by Melinda Gates

We all know Melinda Gates as a philanthropist, businesswoman, global advocate for women and girls, and the wife of Bill Gates. In 2019, she published the book The Moment of Lift: How Empowering Women Changes the World. In her book, Gates shares the many lessons she has learned from inspiring individuals she met while traveling the world. In the process of her narrative, she tackles the issue concerning women and young girls, including child marriage, contraception, gender inequity in the workplace. The Moment of Lift also features Melinda’s own personal journey to equality in her marriage. Gates’ book shows readers that there are many opportunities to change the world and, in the process, also change ourselves.

A Cup of Water Under My Bed: A Memoir by Daisy Hernández

Published in 2014, Daisy Hernández’s A Cup of Water Under My Bed is a compelling memoir that features the values Daisy learned from the women from her Cuban-Colombian family. In her book, she details what it was like growing up in an immigrant home. Hernández takes us to her personal journey of defying race and class, as well as the social and economic situation in New York during her time. Hernández’s book depicts the economic situation during those times- the unemployment and the closure of local factories in her hometown. A Cup of Water Under My Bed is more than a coming-of-age memoir but also serves as a social commentary. It is a remarkable story of finding one’s identity, passion, and community.

Kristin Addis is a former banker who, in 2012, left her old life and started traveling the world on her own. She hitchhiked in China, slept in a tent for over a month in Africa, and learned several Asian languages. A Thousand New Beginnings is her story. She was only 26 years old when she left her job and her boyfriend in order to go to Southeast Asia. In her book, she recalls the trips she made and the people she met along the way. She shares that while traveling the world outside, she also navigated the world within. Kristin Addis’s A Thousand New Beginnings paints another picture of an independent woman who pursued her dreams and was never afraid to do it on her own.