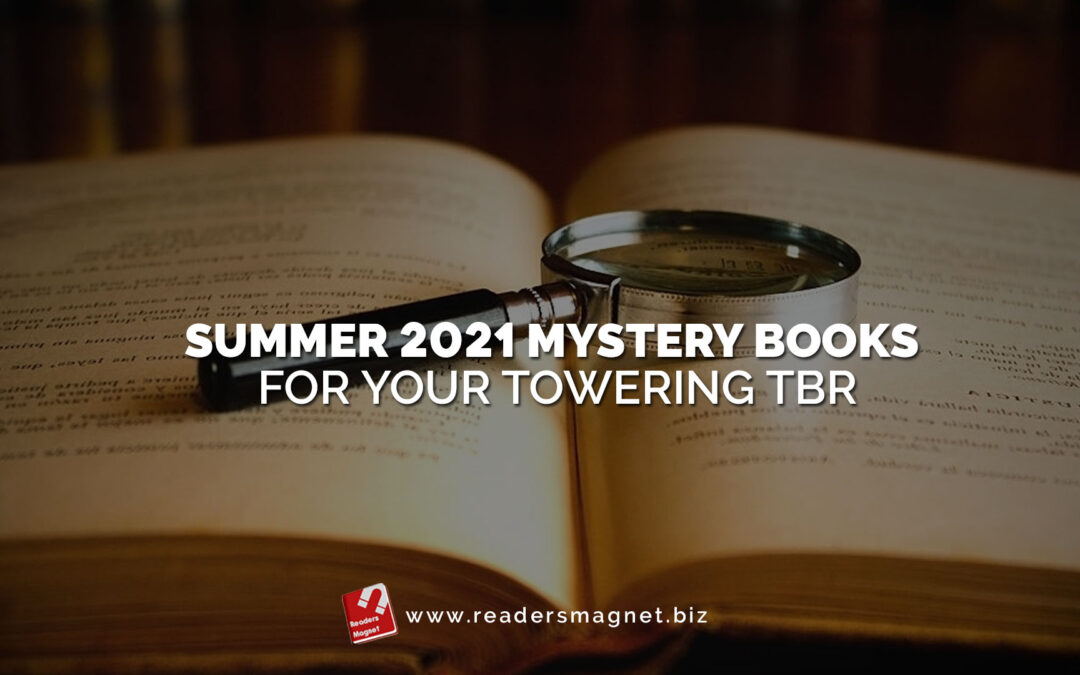 Summer 2021 is the perfect time to indulge in anything twisty, mind-boggling, and heart-racing. If you’re not planning to spend time watching in movie theaters this summer then no worries. Grab lounge chair, sit back, and regale with one of these blockbuster mystery books instead. There are so many exciting titles you won’t want to miss. From reading riveting murder investigation to a twisty psychological puzzle, there’s always something for you. Here are the most captivating mystery books you must include in your summer reading list.

The Final Twist by Jeffery Deaver

From acclaimed author Jeffery Deavor is a devilishly good mystery thriller The Final Twist following Colter Shaw. Following the events of The Never Game and The Goodbye Man, Shaw finds himself in yet another mission: finding a missing courier bag. This bag contains all evidences that will bring down the people behind the deaths of hundreds, thousands even. This mission began years ago and was handled by Shaw’s own father. Luckily for him clues were left behind by his father. Suddenly, the mission takes a frightening turn. Time is ticking. An unexpected figure of the past comes back. And a catastrophe waiting to unfold. The Final Twist is filled with twists, turns, and reveals you’ll surely love.

Master of ticking-bomb storytelling JB Clemmens’ latest work The Numbered Cups Mystery tells a harrowing murder investigation that will keep you on edge. The Numbered Cups is the fourth novel under the Lieutenant James Mysteries. Once again, Lieutenant James finds himself solving yet another murder mystery but this time, it’s a high-profile murder. Lt. James must solve the murder of Walt Whitlock, a local celebrity writer. Whitlock was found dead at the barbecue party hosted by Oliver Townsend. Initial investigation reveals that he was poisoned. But by whom? For what reason? Lt. James must shed light to the mystery and the killer behind this high profile murder case.

Stuart Woods’ lush descriptions and rich details will transport you to the story. Stone Barrington takes down old and new enemies in Woods’ latest work Class Act. After settling back in New York City, an old client reaches out to Barrington for help. It seems as though a feud they thought was long finished has reemerged stronger than before. Barrington is set to unravel this tangled web of crimes and secrets in both underbelly and upper echelons of New York to forever burry this feud. But this mission becomes more complicated after making new acquaintances. Soon Barrington learns that the saying is true, history does have a way to repeat itself.

Virginia Feito’s Mrs. March is a clever and twisted debut novel that anyone will be delighted with. This follows Mrs. March, a doting wife of George March. No one is prouder than her after Mr. March’s latest novel became a smash. But one morning, her favorite patisserie’s shopkeeper insinuated that Mr. March’s protagonist was based on Mrs. March herself. Suddenly, Mrs. March is hurled into a harrowing journey of near psychosis and more. This casual remarks made her question if she knew everything about her husband as well as herself. Long buried secrets of the past begun uncovering that left this simple housewife’s life shattered.

For Your Own Good by Samantha Downing

For Your Own Good is a devilishly entertaining read following teacher Teddy Crutcher of the esteemed Belmont Academy. Crutcher recently won Teacher of the Year and his wife couldn’t be more proud—at least that’s what he says. Teddy can’t be bothered by the death of a school parent that seemed more like murder or the student digging into his personal life. He only wants to push his students to their full academic potential because it’s all for their own good. All he really wants is for his colleagues and also some meddlesome parents to stay out of his way. Too bad though it seems that excellence comes with such a high cost.