The Best Eye-Opening Memoirs to Read this August 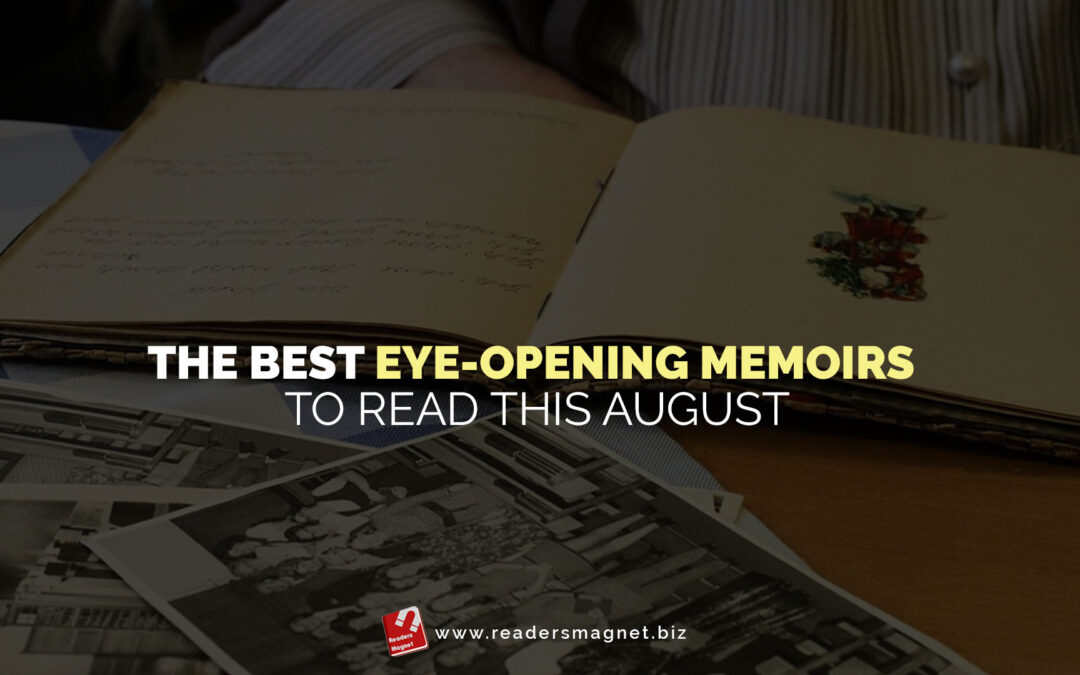 Ignorance is a bliss at least that’s what they say. Is it truly dangerous territory to be lacking in knowledge? Or is it a blessing in disguise? Social awareness is a crucial element in humanity. It helps a person consider the perspective of other people and understand human needs. While education is the common way to be more socially aware, reading books—specifically memoirs—is also a great way in paving that path. A memoir is seen as a valuable means for social awareness as it teaches social studies themes through a powerful first-person accounts of experiences in history. Below are eye-opening memoirs that allows you to trade old views with enlightened ones.

When a Crocodile Eats the Sun by Peter Godwin

This riveting memoir highlights Godwin’s troubled excursion back to Zimbabwe, the land of his birth, from Manhattan, where he now lives. He bore witness to dramatic spiral downward of Zimbabwe into the jaws of violent chaos during a dictatorship. And yet after everything had been shattered and millions fleeing the country, Godwin’s elderly parents are unfazed. Secrets were later revealed that explains his parents’ steadfast allegiance to the failed state. When a Crocodile Eats the Sun is Peter Godwin’s tribute to Africa, his father’s sanctuary from another identity, another world. The accounts within the pages of this book presents the disintegration of a family set against the collapse of a country. Godwin paints a vivid portrait of what it is the true human spirit and enduring power of love for one’s heritage and family.

The beautiful country of Congo boasts rich natural resources from industrial diamonds to large forest reserves. But in 1880s, King Leopold II of Belgium seized the vast and mostly unexplored territory surrounding the Congo River. It was a brutal colonization that carried out a genocidal plundering of the Congo. Adam Hochschild brings into light this largely untold story of how this monarch looted Congo, brutalized its people, and ultimately slashed its population by ten million—all the while shrewdly cultivating his reputation as a great humanitarian. King Leopold’s Ghost is a haunting account of a man as cunning and cruel as any villains ever existed.

The Face of Hunger by Dr. Byron Conner

It was in the early 1980s when Ethiopia cried out for help from the world. It was a time of the Ethiopian famine, a perfect storm of adverse events: recurring drought, failed harvest, food scarcity, and inner conflict. It was one of the worst famine in history, and Dr. Conner and his family just can’t sit and wait for the events to unfold. They packed their bags and hopped in to help. But what awaits them was a hard and life-changing series of events. The Face of Hunger: Reflections On A Famine In Ethiopia is a powerful account of the Dr. Conner as a missionary during the scariest crisis of Ethiopia. His accounts portrays the sad truth and challenges of becoming a missionary.

Before becoming a marine officer and Yale Law School graduate, J.D. Vance had it hard. His family moved around in the hopes of escaping the dreadful poverty around them. His grandparents raised a middle-class family and eventually had a Law graduate grandchild which marked generational upward success. But that is the short version of the story, The Vance family’s story is more than that superficial version. Everyone struggled profoundly with the demands of middle-class life, and were never able to fully escape poverty, trauma, and more. Hillbilly Elegy is a probing look at the struggles of America’s white working class. It challenges the old concept about the “American Dream.”

The Holocaust, a time of horrific occurrence in human history, affecting people years after. Elie Wiesel is one of the many victims of the Nazi concentration camps and one of the survivors of this inhuman suffering. Night is the retelling of Wiesel’s survival as a teenager at Auschwitz and Buchenwald. He offer more than accounts of the everyday terrors and cruelty all Jewish captives experience at the death camps. Night is a literary masterpiece that everyone considers the legacy of the Holocaust. This book serves as a reminder of the horrors that the world should never forget occurred. This also serves a mnemonic of a society’s capacity for brutality.