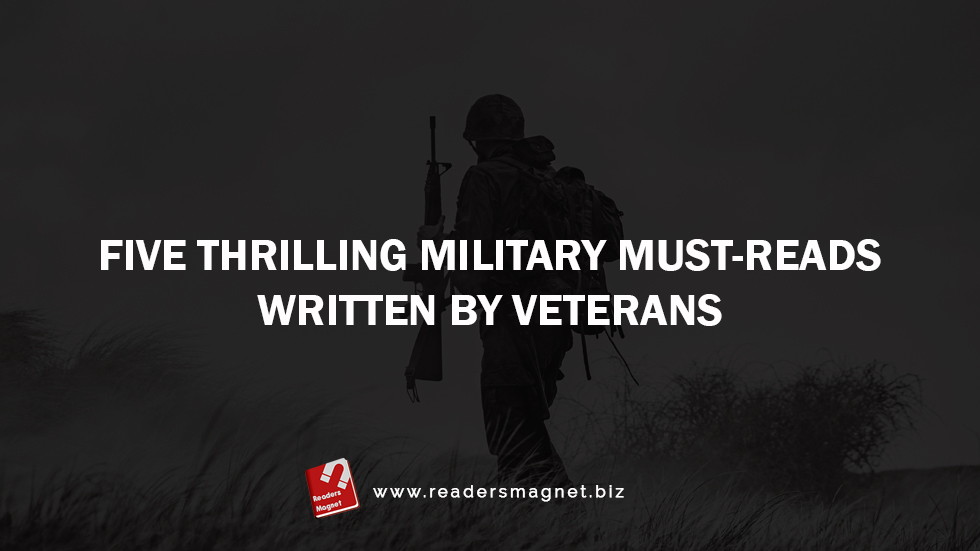 Just recently, the Taliban seized power in Afghanistan. Taliban’s return to power in Kabul has spread fears throughout the nation, with thousands fleeing. The collapse of the Afghan government creates an uncertain future for the nation’s people. The U.S. troops were at the forefront of this nearly two decades of war. More than 6,000 American soldiers lost their lives, over 100,000 Afghans killed, and more than $2 trillion spent by the U.S., but the once “unconquerable” country has fallen. With the chaos ensuing in the country, ReadersMagnet can’t help but remember the many wars the U.S. fought and won. Below are military books written by military men and veterans in memoriam of the many wars in American history.

The Things They Carried by Tim O’Brien

The Vietnam War was a long and divisive conflict that pitted the communist government of North Vietnam against South Vietnam and its principal ally, the United States. One of the soldiers serving the war was Tim O’Brien. He witnessed a devastating unfolding of events which he translated into his award-winning book, The Things They Carried. The book tells a story about friendship in the heart of Vietnam. It draws a valuable glimpse into the lives of soldiers and jaw-dropping events in the said war. The Things They Carried is a nerve-wracking combination of fiction, story collection, and part memoir based on the first-hand experience of the war veteran Tim O’Brien.

Another book that centers on the Vietnam War is the Donut Hole by military man turned author R.C. LeBeau. Unlike the first book, this is an autobiography of not one man but the men and women of war. The Donut Hole is an eye-opening account of unspoken heroes who willingly risk their lives to serve their country. Found within the pages is the agonizing tour military men go through for peace. The Vietnam War was a life-changing event, and R.C. LeBeau proves just how it changed him and how he sees life. R.C. LeBeau’s Life and War stories are probably the best things you will ever read.

Lone Survivor cannot be compared to any other book on war, for it draws out a death-defying friendship ever portrayed. Marcus Lutrell was one of the many soldiers sent to the Afghanistan war. He and three of his fellow officers journey deep into the Afghanistan mountains on a surveillance mission with the end goal of assassinating the Taliban leader. But after being seen and attacked by enemy soldiers, the four-person reconnaissance team was left with a lone survivor, Luttrell himself. Lone Survivor shows the courage, bravery, strength, and valor of Luttrell and every other Navy SEAL. The candor and depth portrayal of the enemy and U.S. forces may surprise you.

The dictatorial rule of Saddam Hussein was the catalyst for the Iraq War. Here, Bullet portrays the messy war the U.S. forces started to destroy the Iraqi weapons of mass destruction. Brain Turner was once an infantry leader writes this book dedicated to the poetry of war. This amazing testament of courage in the face of decimating battles is packed with themes of their own and history that can never be erased. Here, Bullet is not an ordinary memoir or novel; it is a poetry book with graphic imagery of the war.

The Snake Eaters by Owen West

The Snake Eaters is a riveting narrative of third-generation U.S. Marines sent to fight the Iraqis in Anbar Province. When a dozen unprepared American Army Reservists are dropped off on an isolated Iraqi output, they have no idea that what they will be doing is fighting. The Snake Eaters portrays one of the most grueling examples of unpreparedness in the heat of combat. West draws the many flaws of the U.S. military that they try to cover up over the past decade. However, the book brings into light an amazing story of cunning and wit as these Reservists created the “Snake Eaters.”