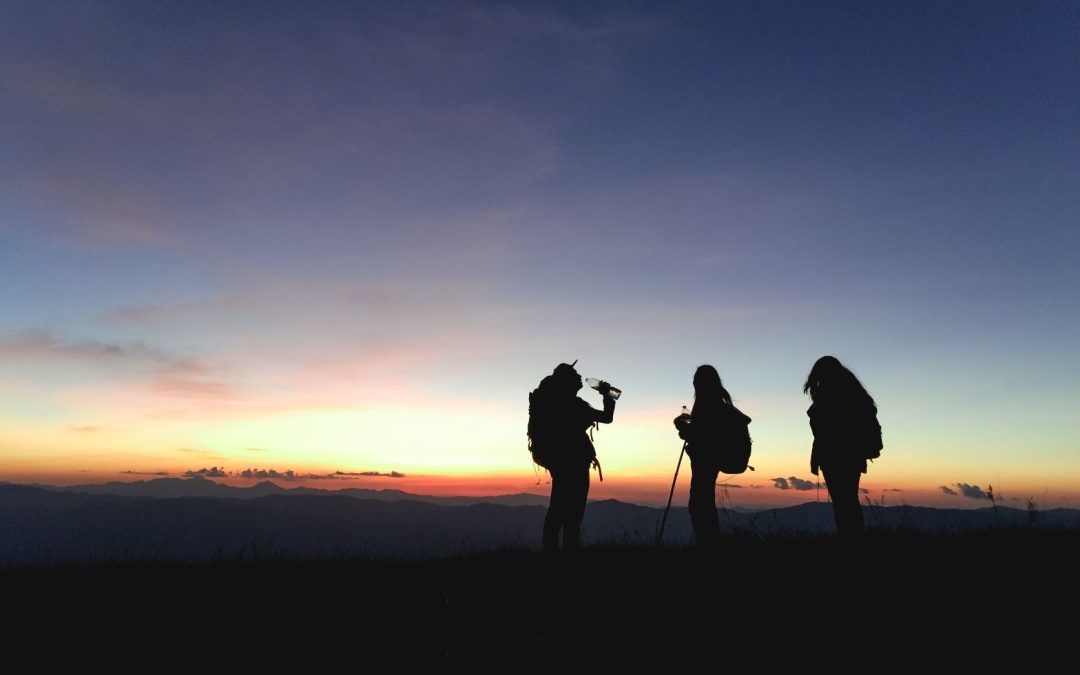 Not all people love climbing the mountain, but many do. Be inspired by Alan Goldman’s Life’s Journey experiencing mountaineering at its best.

Why is mountaineering very attractive? Does it have any benefits worth one’s attention? Technically anyone could walk to the top of a mountain, but they would need more than this to make them a mountaineer. Mountaineering is the ascent of any hill or mountain where the gradient and severity of the terrain require some form of climbing and the sustained use of technical equipment.

Mountaineering will inevitably involve periods of hill walking but what distinguishes these two activities is whether you need to use technical equipment to reach your objective: the summit!

Synopsis On Reflections On Mountaineering

In the book, poetry meets adventure, presented as eighty-one narrative-style poems, some of which are rhyming and others are in prose or blank verse, Reflections on Mountaineering: A Journey Through Life as Experienced in the Mountains, summarizes much of what the author, Alan V. Goldman, learned in his more than thirty years of climbing.

Many of the same moral issues that confront people daily are present in the high mountains, only to a much sharper degree. Musing on topics such as wonder and awe, fear and how to confront it, the lure of the big mountains, as well as the role of fate, luck, and chance, AV Goldman makes attainable to the general public the otherwise “hidden” truths that mountaineers commonly experience. And that so-called “The Freedom of the Hills.”

Further, many of the poems address the human perception of reality in the context of the meaning of life itself and how climbers impart sense to the mountains by climbing them. Of course, the poems deal with the feelings evoked by striving for success in the hills and coping with defeat.

Above all, there is meaning to be found in the preparation and discipline required for mountaineering, as well as in experiencing the thrill of conquering the mountains and oneself.

The poetry book “Reflections on Mountaineering: A Journey Through Life as Experienced in the Mountains (4th Edition)” by Alan V. Goldman was displayed by ReadersMagnet at the 2022 American Library Association (ALA) Annual Conference & Exhibition held at the Walter E. Washington Convention Center, Washington D.C. last June 24-27, 2022.

The book is also a recipient of the 2022 Pacific Book Award in the category of Sport, and the book is a celebration of the limit of human achievement. Truly, Goldman’s poetry is a testament to his insight into the nature of human aspiration. It is no wonder why it is well-received and favorably reviewed. Anyone who struggles through life can draw inspiration from Goldman’s poignant words.

Readers may quickly obtain a copy of “Reflections on Mountaineering” on Amazon and Barnes & Noble, as well as other distinguished outlets.

Retired lawyer Alan V. Goldman spent much time climbing the high mountains. As a mountaineer, he has gained various insights into human nature, the nature of reality, and of course, the meaning of life itself. At sixty-three, a revelation came over him: it was time to reveal the many truths he had come to realize. The result has been a unique account of a person’s journey into sublime light and utter darkness and, ultimately, a refreshingly practical comparison of ordinary life with mountaineering. Written with this vast audience in mind, readers (mountaineers or not) will find something of value to relate to, such as the striving for success and the fear of defeat. This book is certainly a worthwhile read for anyone in a perpetual pursuit to attain new heights and insights.

In addition to Alan’s mountaineering adventures as his avid avocation, Goldman practiced law for many years and is now retired.