When Memories Die: Stories and Memoirs about Alzheimer’s 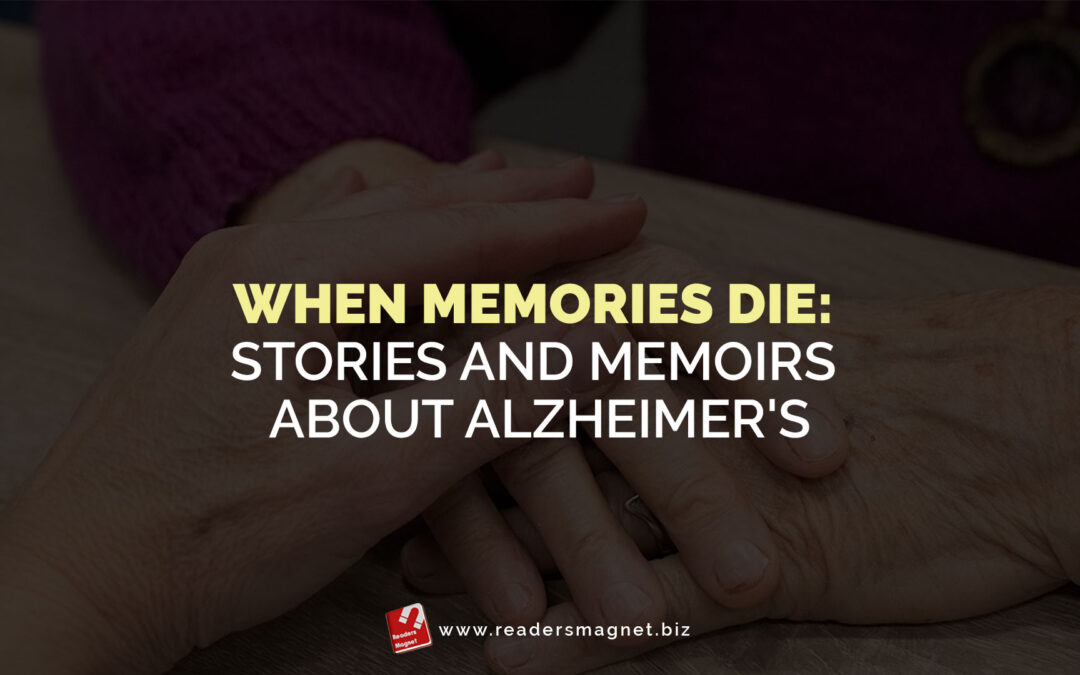 Alzheimer’s disease is a diagnosis that leads to countless questions and uncertainty of what the future holds. Living with a psychological disorder can be frustrating and overwhelming. And this will be a reality that one will live for the rest of their life. Below are books that provide a groundbreaking view of this disorder but in more elliptical and poetic storytelling.

Somebody I Used to Know by Wendy Mitchell

Many people, at the diagnosis, jump forward to their anticipated end, but not Wendy Mitchell. Instead, she embraced this diagnosis and decided to live even if the world was slowly blurring around her. Somebody I Used to Know is a groundbreaking account that shares the heart-wrenching truth of cognitive decline. Wendy’s words are a powerful rumination on memory, perception, and the simple pleasure of living in the moment. Poetic and intensely personal, this memoir serves as the ultimate hope of people who are in the same situation. Somebody I Used to Know chronicles a woman’s struggle to making sense of the shifting world and her mortality.

Going… Going…: The Abduction of a Mind by Jack Weaver

An Alzheimer’s diagnosis does impact not only the person but also those who are close to them. Jack Weaver details how this diagnosis turned his family upside down but still remains hope. This landmark book gives a clear-eyed insight of a woman, and her husband refused to let the disease completely rule their life. Eloquent and poignant, Jack’s storytelling will move and inspire readers with the same experience to be resilient and optimistic. Going… Going…: The Abduction of a Mind is a brave and illuminating journey inside the mind, heart, and life of a family afflicted with slow cognitive decline.

We are Not Ourselves by Matthew Thomas

Matthew Thomas presents a fiction novel superbly rendered on the devastating effects of Alzheimer’s. This gripping family saga of how this diagnosis has changed the family altogether, learning how to not only hold on to their reality but to each other. This moving book is a testament to humanity’s greatest desires and greatest fragilities. Thomas’ stunning plot and fantastic storytelling skills capture both an individual life and the universality of human experience in times of health challenges. We are Not Ourselves evokes one woman’s life in the context of a brilliantly Irish working-class milieu as well as a definitive portrait of American social dynamics in the 20th century.

Lisa Genova’s Still Alice is a stunning debut novel about a 50 something woman into the early onset of Alzheimer’s disease. Beautiful yet terrifying, Still Alice captures a moving and vivid depiction of living with a psychological disorder. Drawing from her Ph.D. in neuroscience, Lisa was able to come with a compelling chronicle of what it’s like to literally lose one’s sense of mind and memories. By writing this novel, Lisa gave a realistic and first-hand insight into the thinking of a diagnosed and those who love them. What’s impressive is that this book describes in in-depth the medical testing, support groups, the loss of brain and body function, and the impact of the disease. Through the fictional character, Lisa gave voice to real-life sufferers of Alzheimer’s and dementia.

The Long Hello by Cathie Borrie

The Long Hello is a penetrating exploration into the mysteries of the human mind. This compelling short-read brings directly into the heart of Cathie’s life as a caregiver for her mother, who has Parkinson’s and Alzheimer’s. Within reveals how her mother remained through the years “one hundred percent of who she is.” Cathie Borrie beautifully narrates the bond between mothers and daughters and creates a startling sea change in society’s perception of those journeying through Alzheimer’s. The Long Hello serves as a reflective guide for those suffering the same situation.